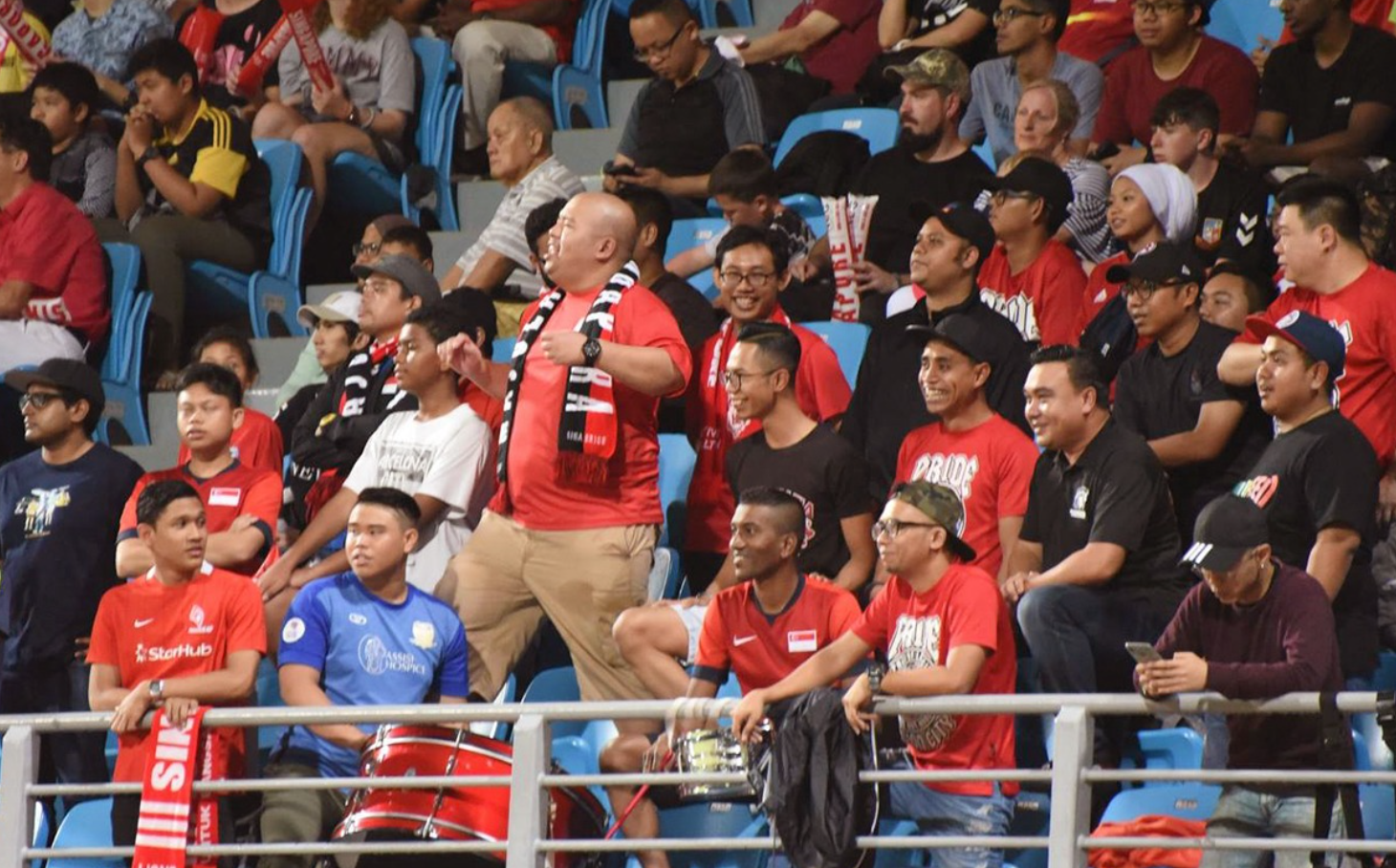 It is the one ubiquitous Malay word which reverberates in every football stadium in Singapore during a competitive football match.

Be it the old or current National Stadium, the Bishan Stadium or the Jalan Besar Stadium, it is the one word which is used as a chant and has been passed down from one generation to another.

Yes, it has been more than 40 years since the word has been used as a way to abuse referees whenever a questionable decision is made, or targeted at opposing teams when a bad tackle is made.

It used to be precipitated with the sound of the air horn nine times before the word is unleashed.

Air horns are banned in stadiums these days, but the chant has remained.

Ask any Singapore football fan what is this word and any local football fan worth his salt will recognise the word, and probably having picked dit up at a football stadium.

Translated, the term refers to a male penis and there is even a Wiki page which shares its origins.

Just five letters in the ‘b’ word, but enough to make young parents with children at football matches cringe when it is used in unison.

At the recent ASEAN Football Federation Mitsubishi Electric Cup clash between Singapore and Myanmar on 24 December at the Jalan Besar Stadium, TMSG noticed that even some elderly women with headscarves were chanting away when the need arose to chant the word to abuse the referee.

One young Chinese boy seated beside this writer asked his father what the word meant, and the father nodded his head signalling that he was not aware.

We wonder if he really wasn’t aware of if he just did not want to share with his young scion what it actually meant.

How does he explain it to his son though?

But what if he doesn’t and then the young boy starts using the same word in future or worse, joins in the chorus as well and then heads to school and uses it on his principal, who happens to be a female Malay?

What are the fans saying?

After TMSG posted the short video about the one chant which we just can’t scrub our terraces, fans reacted.

He is right, but is this what we hope to be proud of, when there are so many other better things we could have passed down.

Other fans tried to justify the use of the chant.

If using the ‘B’ word is the only chant Singaporeans at football venues know, then all those years of investing in sports culture has actually gone down the drain.

Another fan thought the most famous chant at stadiums was when the corner was being taken.

Another fan revealed that he did not allow his children to watch football because of the flagrant use of the word during matches.

The counter to the comment by the fan above could well be that perhaps in Singapore, the use of the ‘B’ word at matches could all be part and parcel of the beautiful game.

Can ban the use of the word at stadiums or not?

A segment of fans TMSG spoke to for this story suggested that the authorities – be it the Football Association of Singapore or Sport Singapore – ban the use of the word from stadiums during matches.

“It is offensive and vulgar,” said a fan who responded to TMSG’s private fan survey about whether the chant should be banned from all football venues.

“It has been used on the terraces for such a long time and I was embarrassed when my foreign friends asked me once what it meant,” said another respondent.

But other fans who responded said that there needs to be a freedom of expression at football venues and the authorities should not be morality police.

“Let the fans decide what they want to say in the stadium and when the time comes, this chant may die off,” read one of the responses.

But it has been 40 years or more and the word is still as effective as ever so don’t count on it being scrubbed off fans’ lips anytime soon.

So if you are bringing your children to the stadium for the next Lions match, make sure you bring along a pair of mufflers to block out the ‘B’ word.