Sundram’s Laos get to AFC U-19 finals. 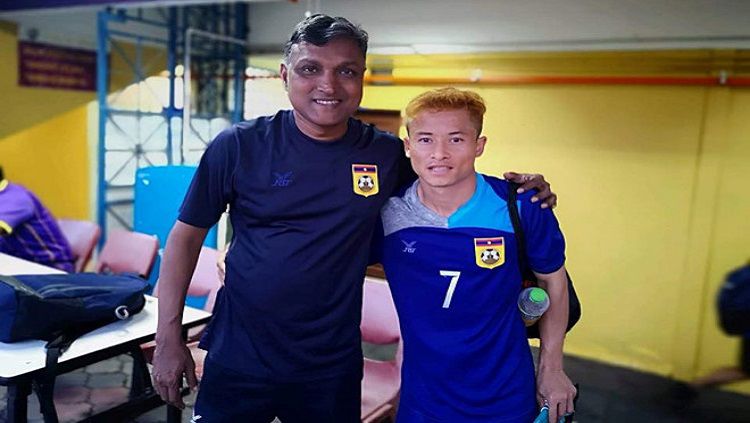 Laos used to be labelled as minnows of the region, and were constantly at the receiving end of hammerings by rival Southeast Asian football nations.

However, at the recent qualifiers for the 2020 Asian Football Confederation (AFC) U-19 championship to be held in Uzbekistan next year, Laos can now shed the tag for good after they qualified for the final event.

And they will have Singaporean V Sundram Moorthy to thank for their feat.

While Singapore’s U-18s had to pick up the ball from the back of their own net 21 times throughout the tournament, Laos on the other had managed to hold Australia and beat Chinese Taipei and Macau.

In an interview with the Straits Times, Sundram said, “To qualify for the AFC Under-19 Championship given the group we were in is a great achievement.

“The team have done great for the nation.”

Sundram is also aided in Laos by another former Singapore international – V Selvaraj.

The Dazzler will come up against Fandi Ahmad and gang at the upcoming SEA Games in Manila as Laos has been grouped with Singapore, Thailand, Vietnam, Indonesia and Brunei.

It is anyone’s guess what will happen when Singapore and Laos meet in the group stages.