Regional esports racers sign up with Legion of Racers. 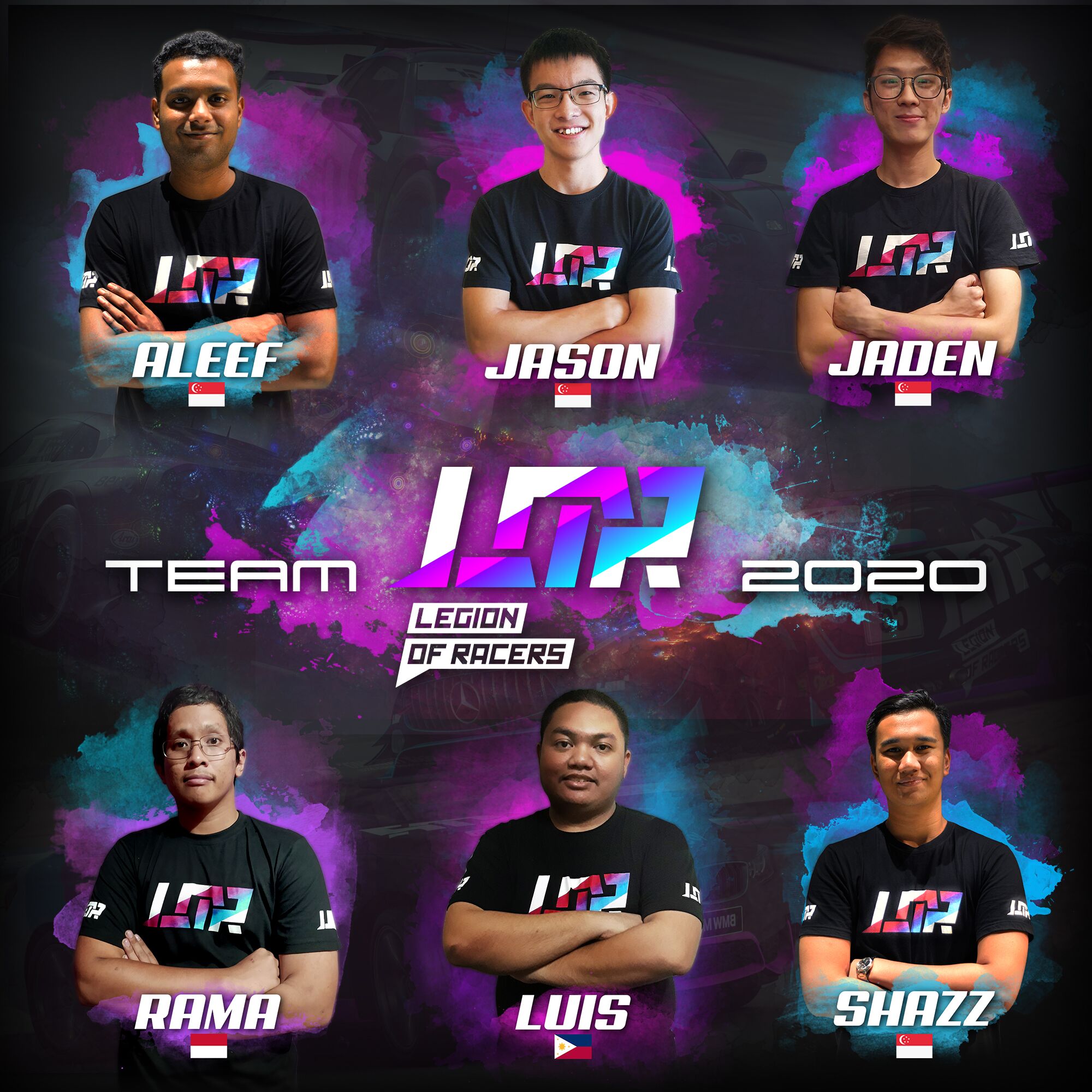 The Legion of Racers (LOR), Singapore’s first simracing league has signed on its first set of esports racing athletes from the region.

Esports racing athletes from Indonesia, Andika Rama Maulana and Filipino Luis Antonio Moreno have been added to the list of professional LOR simracers. The duo will join Singaporeans Ar Muhammad Aleef, Jason Tay, Jaden Low and Nur Shahzliezhan Hassan as part of the stable of simracers who will represent LOR in competitions for the 2020 season.

Said 25-year-old Andika Rama who came in first in the LOR competition at GameStart held in October 2019, “This has been a dream come true for me. There is a huge simracing community in Indonesia and I hope that I will be able to inspire as many of them to achieve greater heights, and hopefully to also become elite members of the LOR simracing team someday.”

The youngest member of the LOR simracing team will be Singaporean student Nur Shahzliezhan who is 19-years-old. He emerged third in the LOR competition held at GameStart 2019 which was held in Suntec City.

“This will surely be an exciting year for us who are the new kids on the LOR block. There are quite a few competitions which we are looking forward to and I do hope that as a team, we will be able to carry the LOR flag high in these competitions. I am also looking forward to being on the same simracing team as all my other team-mates,” he said.

Among the competitions LOR will send its teams to for competitions in 2020 are theGT Sport Nations Cup and Manufacturers Cup, Le Mans esports Season 2 and ADAC GT Masters eSports Championship 2020. LOR’s Ar Muhammad Aleef was crowned as Asia-Pacific champion at the Logitech G Challenge E-racing Championship last October. At an exhibition race held by the FOA GT Championship Nations and Manufacturers Cup on the weekend of 25 January, the Team LOR esports race drivers emerged in the top four spots in their individual races.

With simracers from both Indonesia, Philippines and Singapore signed on as part of the LOR esports racing team, LOR co-founder Lim Keong Wee said that the goal of LOR was to continue its local and regional outreach as much as possible in its next phase of development.

“It has been an eventful two years ever since LOR was started, and both myself and co-founder Melvin Moh are proud to see both the brand and the team expand. We are also proud that we have been able to make the headlines through some good results at regional and global competitions, and this should inspire the team to aim higher,” he said.

The LOR is aiming to have more simracers from both Singapore and regional countries like Malaysia, Thailand, Indonesia and Philippines participate in its LOR Racing League which will commence in June 2020. Details of the 2020 LOR Racing League will be announced at a later date.

In addition to the regional outreach, LOR will be continuing its efforts to reach out to local communities and schools in Singapore and it aims to expand its base and build the capabilities of Singaporean simracers. A tertiary level competition and neighbourhood rig demonstrations are in the pipeline for 2020 as LOR ramps up its presence.