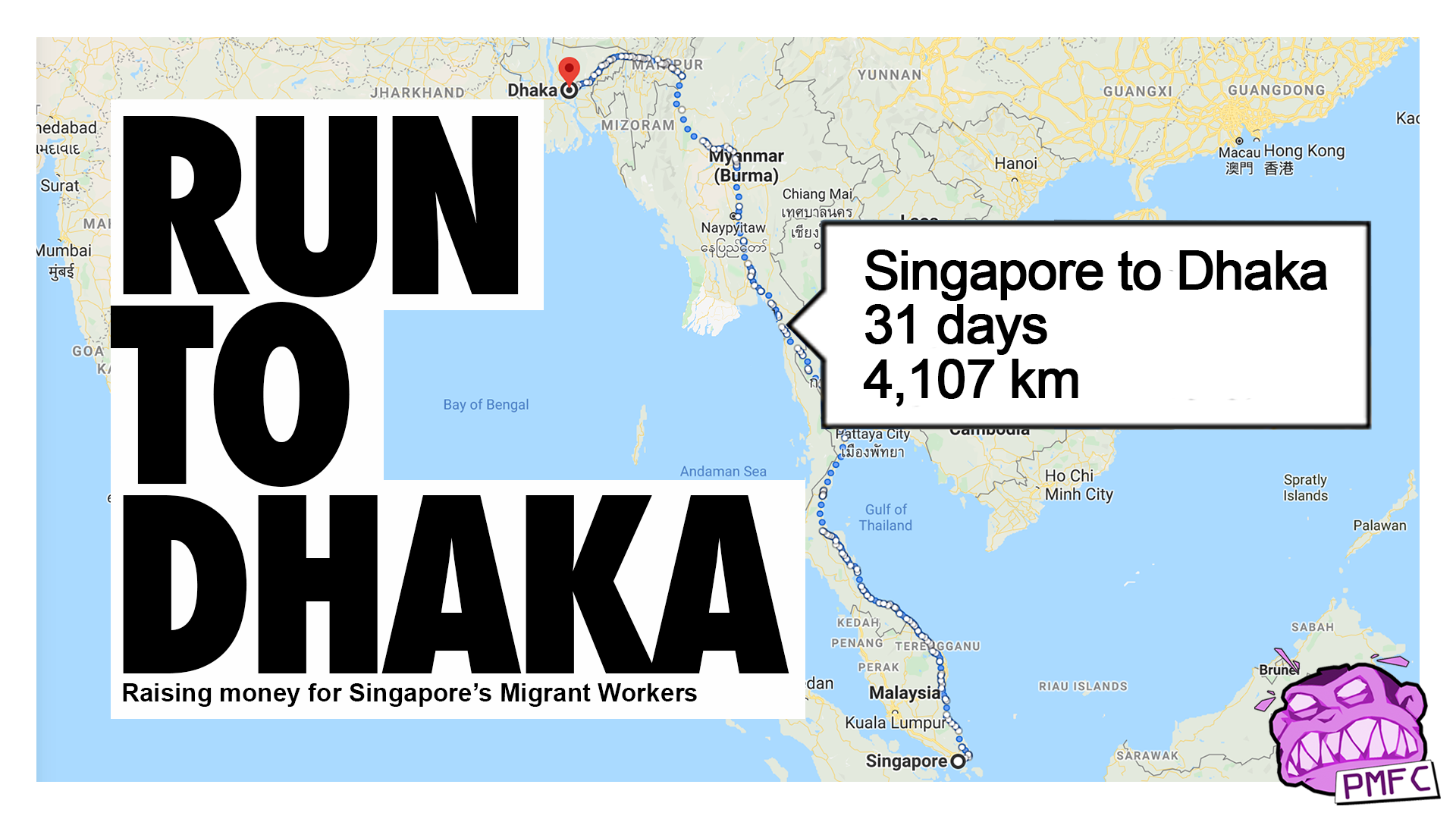 An amateur football team in Singapore is aiming to raise $20,000 for migrant workers in Singapore by running the equivalent of the distance between Singapore and Dhaka.

The team – the Purple Monkeys FC – have pledged to cover the 4,107km distance within a month in an attempt to raise $20,000 for migrant workers in Singapore through daily individual runs in their neighbourhoods.

“The distance caused a few eye bulges at first, and then we just kind of went, f*ck it,” says team member and Run to Dhaka co-organiser Jonathan Gerard in an interview with AsiaOne.

“The more we saw in the news how the number of Covid-19 cases within the migrant worker dormitories was rising, the more we wanted to do something to help.”

Purple Monkeys founder Dian Liang, who started the club 10 years ago added why he feels very much for the cause.

“I did a part-time shift as a cleaner when I was younger, and many of my colleagues were migrant workers.

“Most were good, educated men who left their countries to seek a better life for their families.

“Some were misled by bad agents and given jobs they hadn’t signed up for.

“Though their pay was really bad and they could only afford to eat plain rice with curry, these guys wouldn’t hesitate to buy me tea. We should do what we can to help them – they’d do the same for us if the roles were reversed.”

The club’s Run to Dhaka commitment is through May, which means that each Purple Monkey player has to run about 3km to 4km per day.

They will clock their running distances on the running app Strava with updates on their social media platforms.

The initiative will end on 1 June.