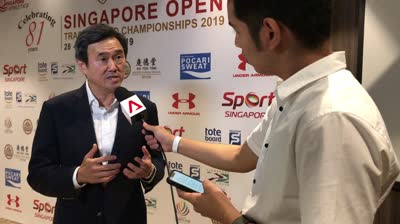 Singapore Athletics will have a new President in place after the next annual general meeting to be held on 25 September 2020.

On 27 August, it was confirmed in the Straits Times that oil trader and businessman Tang Weng Fei will not seek re-election to the top post.

The 66-year old told the Straits Times that there no was ‘tipping point’ in his decision.

“Having assessed what is currently on my plate, it was a tough decision but one that is ultimately necessary for the year ahead.”

Tang was elected to office in 2018, his third stint as President of the beleaguered association which has made the headlines for all the wrong reasons over the last few years with infighting, lawsuits and resignations from the management committee.

“It was different from the two previous terms – dealing with internal disputes, court proceedings and poor athlete performance, as was seen at the 2019 SEA Games.

“Managing these issues were both time consuming and at times even frustrating as I truly believe that an NSA like SA should be focusing on other more pressing issues like athlete performance and ensuring we are focused on the well-being and training of our athletes.”

Tang also called on the fraternity to unite and that “if our house is not in harmony, ultimately our athletes and our sport will suffer.”

In the meantime, the Straits Times has also reported that a team led by GOJEK General Manager Lien Choong Luen will be contesting the upcoming general meeting.