Fourth and final term as President of Singapore Swimming for Lee Kok Choy. 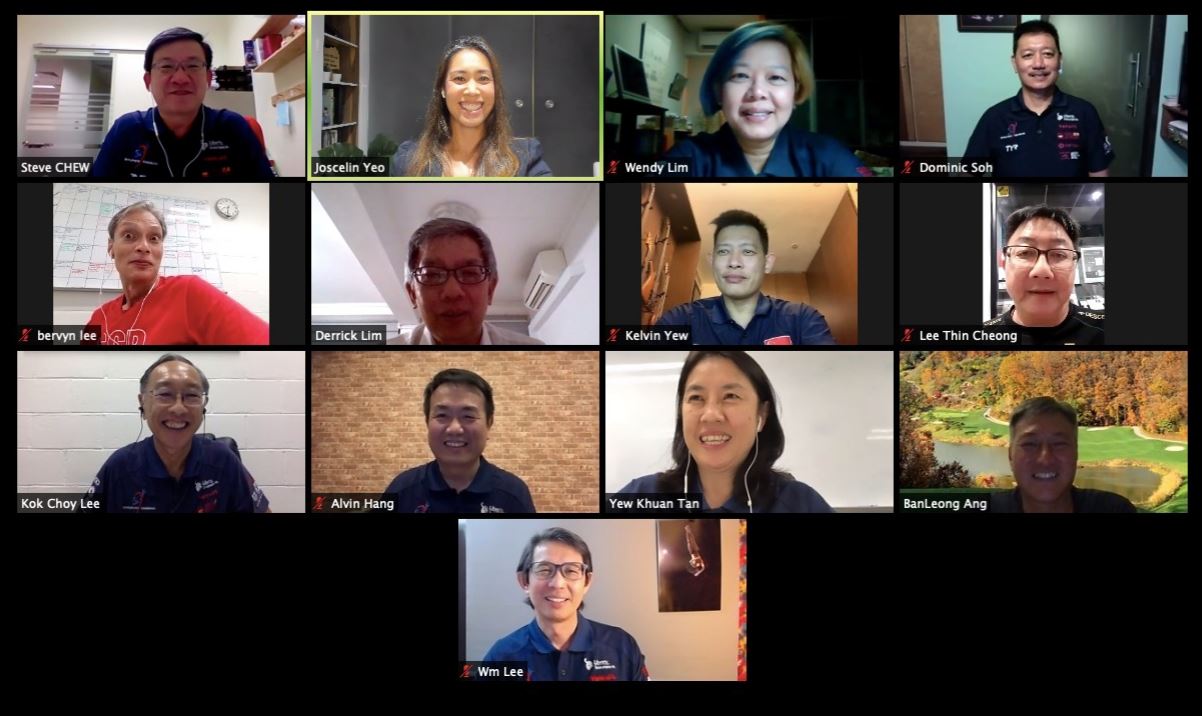 Incumbent President of the Singapore Swimming Association (SSA), Lee Kok Choy, will lead the association for his fourth and final term following the association’s Annual General Meeting by Electronic Means held this evening.
Mr Lee’s team of ten saw seven faces returning unopposed, while three new faces joined the SSA Executive Committee (Exco) – Derrick Lim, Wendy Lim and Lee Thin Cheong.
Stepping down from their positions were former treasurer, Tan Yew Khuan, Vice-President for Diving, William Lee, and Assistant Secretary General for Water Polo, Ang Ban Leong.
Derrick Lim replaces Yew Khuan for the position of treasurer.
Prior to his retirement, Derrick served as the Divisional Vice President for Internal Audit at Singapore Airlines (SIA).
He was also Adjunct Associate Professor in the National University of Singapore Business School where he taught Internal Audit from 2019 to June this year. He is a certified Chartered Accountant.
No stranger to the diving fraternity, Wendy Lim, has assumed the role of Vice-President for Diving.
She has been an active member of the Diving Committee in SSA where she supported the Talent Identification and Development programmes.
She has also been actively involved in engaging parents of divers as a member of the Parents Advisory Committee.
She works as a clinical trial consultant in EndoMaster Pte Ltd.
Mr Lee Thin Cheong takes up the position of Assistant Secretary General for Water Polo.
He served as the Men’s National Water Polo Team Manager from 2014 to 2020 and has also played Water Polo for Singapore in the 1979 and 1981 SEA Games.
He is a Marketing Manager for Arian Corporation.
Bervyn Lee, Secretary General of the SSA, together with Alvin Hang, Joscelin Yeo, Dominic Soh and Steve Chew, the current Vice Presidents for Partnership, Swimming, Water Polo and Artistic Swimming respectively, along with current Assistant Secretary General for Swimming, Kelvin Yew, will also continue to serve another two years in their current positions.
Paying tribute to his former teammates, Mr Lee said, “I am very grateful to Yew Khuan, William and Ban Leong for their significant contributions to SSA during their full terms of office as ExCo members.
“Their spirit of dedication and collaboration enabled SSA ExCo and staff to work as one united and effective team to serve aquatic sports in Singapore”.
He added, “With new members bringing in fresh perspectives together with our seasoned stalwarts from the past Exco, I am confident that we will be able to take Singapore aquatics to new heights.”
A total of 26 voting members and 5 associate members attended the Annual General Meeting via Electronic Means.
SINGAPORE SWIMMING ASSOCIATION EXCO FOR 2020-2022
President: Lee Kok Choy
Secretary General: Bervyn Lee
Treasurer: Derrick Lim
Vice President (Partnerships): Alvin Hang
Vice President (Swimming): Joscelin Yeo
Vice President (Water Polo): Dominic Soh
Vice President (Diving): Wendy Lim
Vice President (Artistic Swimming): Steve Chew
Assistant Secretary General (Swimming): Kelvin Yew
Assistant Secretary General (Water Polo): Lee Thin Cheong
Photo: SSA