Season ending race to hunt for top simracers to represent Legion of Racers. 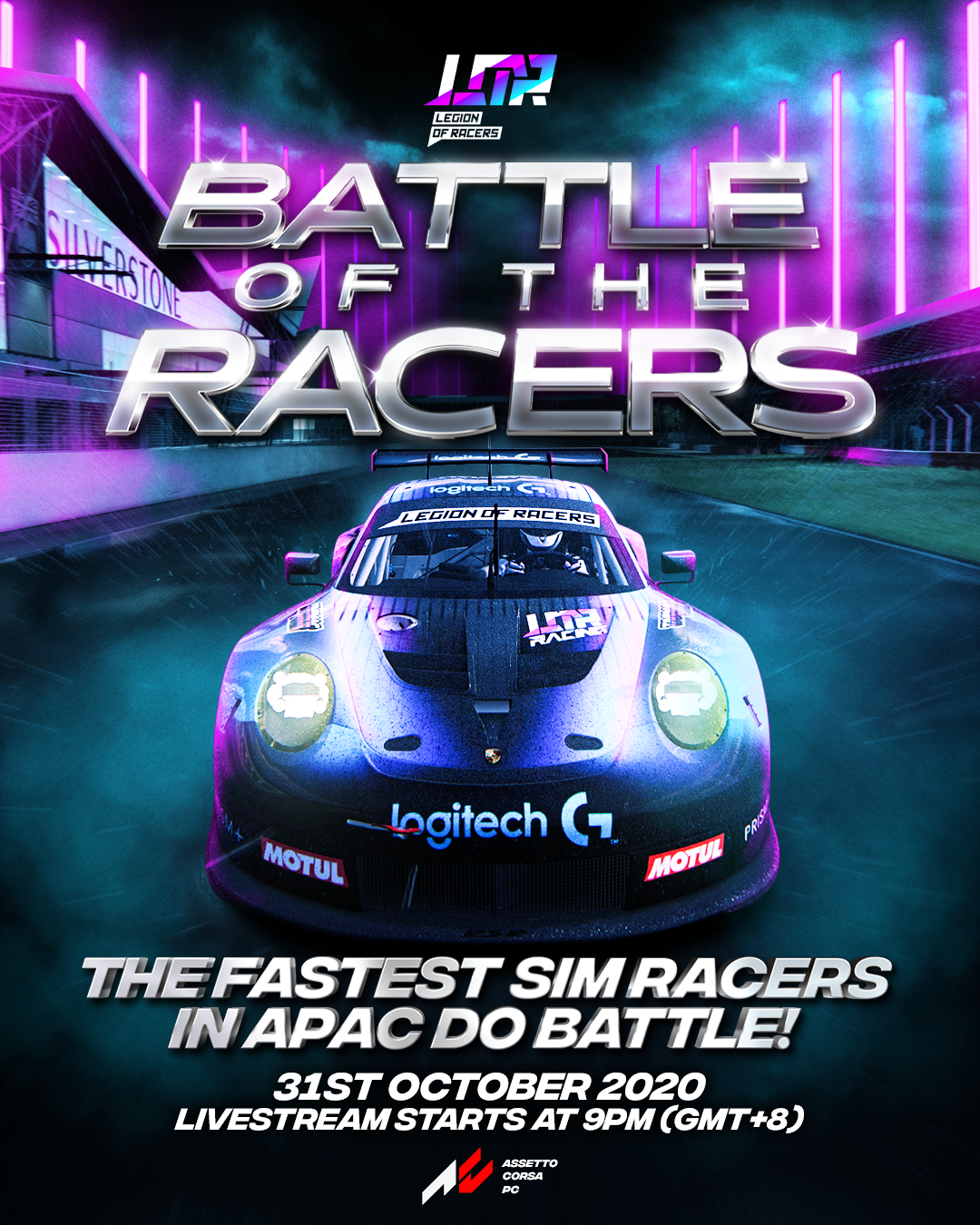 The Legion of Racers is on the hunt to sign four professional athletes for the 2021 season in a bid to expand the team roster.

The four simracers who will earn contracts will also get a chance to show off their skills in the first-ever Battle of the Racers (BOTR) which will be organised by LOR on 31 October 2020.

However, the four top talents who will be signed to the team will not just be based on the results from the season ending BOTR.

Explained LOR co-founder Melvin Moh, “Results alone will not determine who earns the pro contract with the Legion of Racers. There is a lot which goes into the development of a pro athlete, apart from performance.

“As such, we will also make assessments of an athletes’ commitment, communication skills, team-work and personality. It is very much like a talent hunt to get the best simracers to work in a team, to help grow the Legion of Racers brand.”

Apart from earning an annual salary as a pro athlete with LOR, simracers signed by LOR will have opportunities to participate in simracing competitions under the LOR flag.

Since establishing as a team in 2018, the LOR has signed up Aleef Muhammad, Jaden Low, Jason Tay, Nur Shazliezhan, Andika Rama and Luis Moreno as pro athletes.

All six athletes will be on the grid to fight for their spots to be on the LOR roster, and will face off against the likes of Jonathan Wong and Naquib Azlan who have confirmed their participation.

The LOR will also be organising a Qualifier Race for PC users and the top 3 will get on the grid to race off against the rest in the BOTR.

The simracers in BOTR will be racing against each other in Assetto Corsa, the same title which has been identified as a medal sport at the upcoming Asian Indoor and Martial Arts Games in Bangkok in May 2021.

“Ultimately, we are hoping that Singapore’s top simracers can represent Singapore at the major games such as the Asian Indoor Games if there are opportunities as it is our dream that one of our simracers will eventually win a medal at major Games or global competitions,” added Moh.