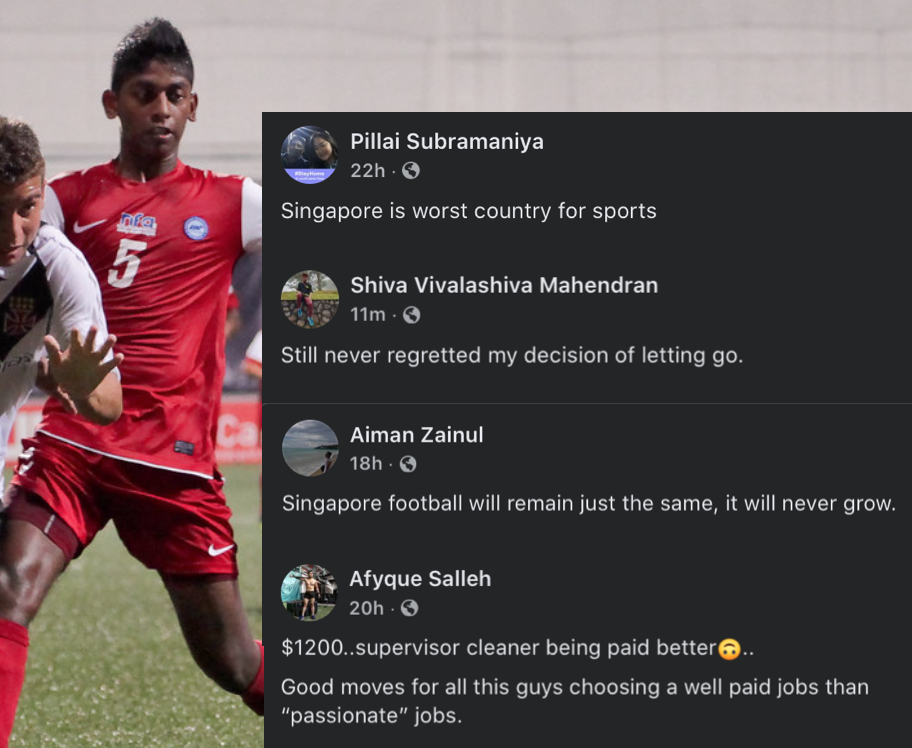 Former national youth footballer R Aaravin’s revelations in a podcast carried by The Final Whistle has brought about loads of reactions from netizens and football fans.

Sympathy, anger and a sense of despondency appeared consistent in most reactions and comments.

The story, which was posted on this portal yesterday, has also garnered 7,000 views in 24 hours.

One netizen who shared the story appeared to have also faced the same difficulties, even though he did not mention the name of his club.

He revealed that he was played $300 a month, and also revealed how the club manager appeared to have made the team decisions.

Another netizen, who appears to be a former footballer, also shared how he never regretted his decision to quit the sport.

Here are some of the comments which have been made over Aaravin’s story.

Some supported his decision to retire, even though was 24.

Some also suggested that based on a salary of $1200, players should consider other better alternatives.

A couple of fans also seemed resigned to the fate of Singapore football.