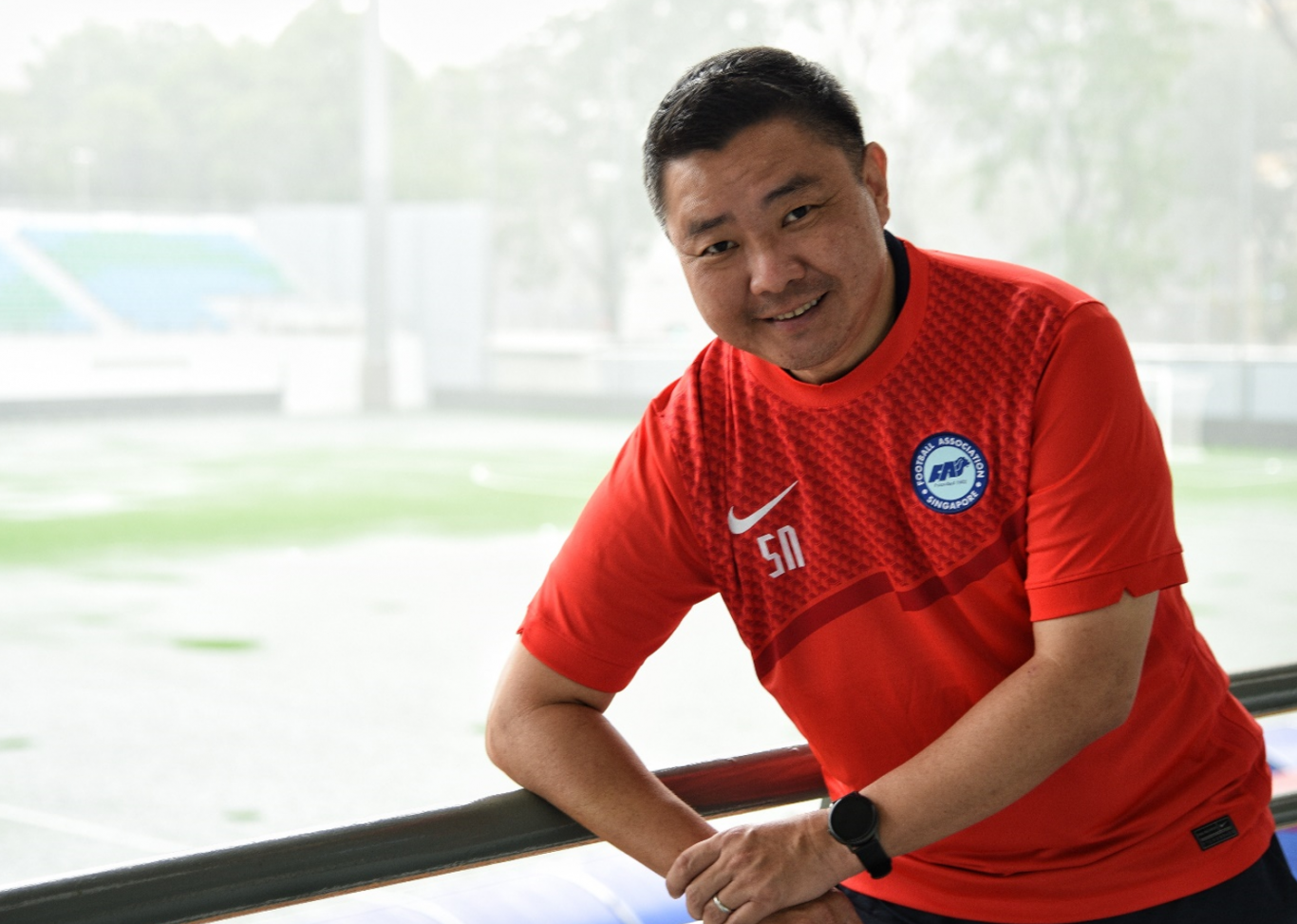 If you know who Stephen Ng is, then you are an old-timer who has followed Singapore football since the S-League was started in 1996.

On 7 March, the Football Association of Singapore (FAS) announced that former international Stephen Ng has been appointed the new head coach of the Singapore Women’s National Team, and will serve for a two-year term.

He was selected from more than 160 applicants, which included both locals and foreigners.

But what was rather interesting about the photo used in the FAS release was what looked like a clearly waterlogged pitch at the Jalan Besar Stadium.

According to the FAS statement, Ng is an Asian Football Confederation (AFC) coach educator and has also attained the AFC professional coaching diploma, which is the highest level of coaching accreditation issued by the AFC.

He spent a total of six years at the Brunei FA, during which time, he helped to develop women’s grassroots football by providing support for women’s coach education, including organising women’s grassroots school festivals as well as conducting coaching courses for women coaches.

“I can see so much potential in women’s football in Singapore, and I wanted to be able to do something about it and contribute in my own way.

“As a coach who is passionate about local football, being appointed as the Head Coach of the Women’s National Team represents the biggest opportunity for me to effect change and I am both honoured and proud to have been selected,” he said.

“I am looking to develop our women players so that they can compete at the regional and international level, and I also hope to be able to grow the number of women coaches with the best understanding of coaching education in order to accelerate the development of our female youth players.

On the local front, Stephen has had experience coaching at youth level as well, being the Singapore Under-14 coach back in 2013.

During his 15-year playing career as a goalkeeper, he turned out for Sembawang Rangers FC, Tiong Bahru United as well as Gombak United during the then S-League and was also a member of the Singapore team which won the Malaysian League and Cup double in 1994.

Stephen is set to lead the Women’s National Team through competitions such as the AFC Women’s Asian Cup 2022 Qualifiers Round 1 that is set to take place from 13 to 25 September, the Asean Football Federation Women’s Championship 2021 (August/September) as well as the 31st SEA Games in Vietnam (November).