He took a pay cut, saved his own money for his overseas trips, and then went on to win a gold medal at the 2017 SEA Games. 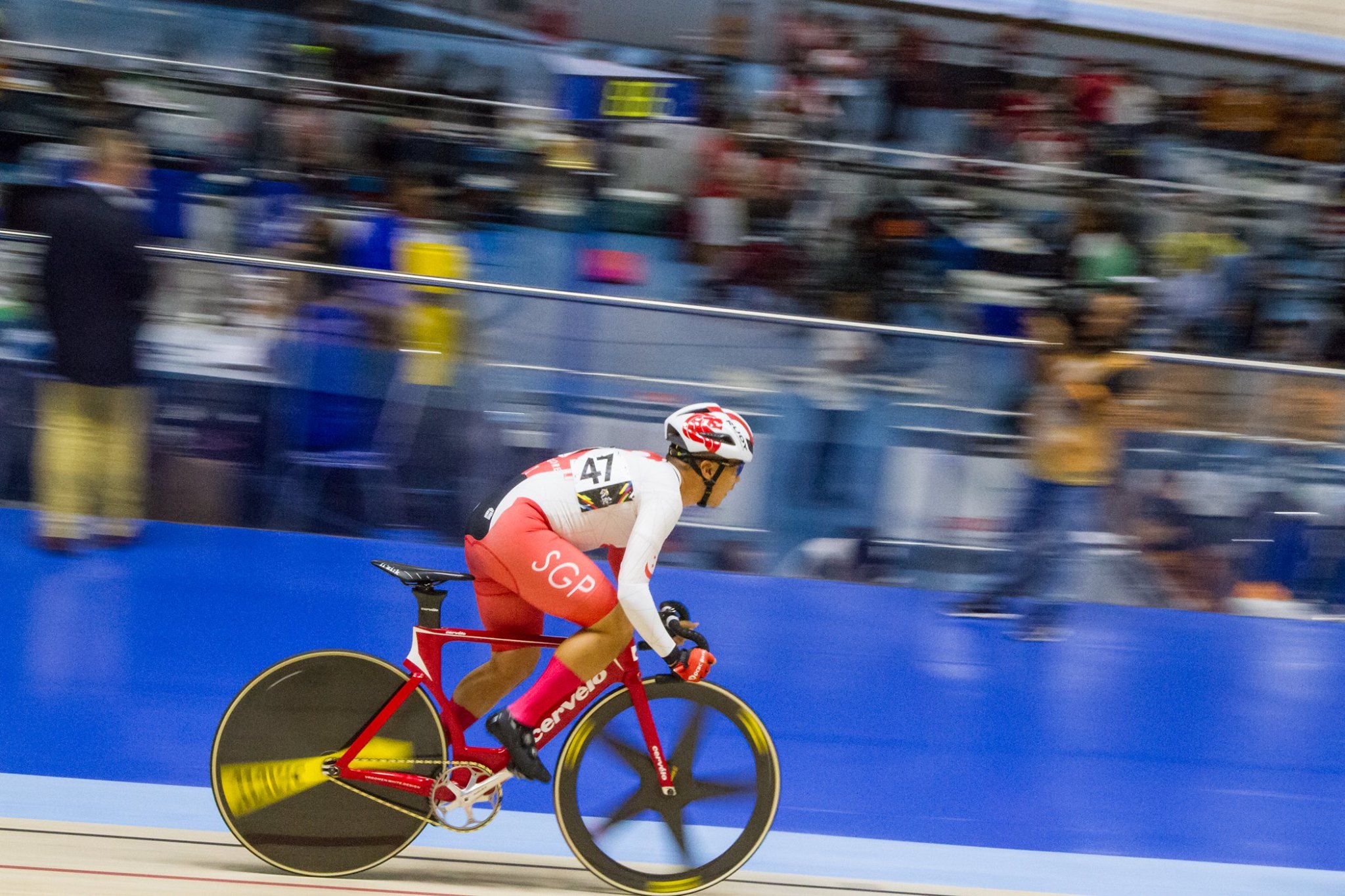 At the 2017 Southeast Asian Games in Kuala Lumpur, Singapore earned 57 gold medals from the event, finishing in fourth place in the final medal standings.

One of the gold medalists was national cyclist Calvin Sim, who clinched an unexpected gold on 28 August 2017 at the National Velodrome in Nilai, Negri Sembilan, some 45km from Kuala Lumpur.

In his omnium event, he scored 140 points to finish first in the 11-strong field ahead of Sofian Nabil Omar from Malaysia and Nandra Eko Wahyudi from Indonesia.

Sim’s gold meal was historic as it was the first time a male cyclist had snatched a gold medal in cycling in 20 years, since Bernard Wong picked up a gold at the 1997 Jakarta Games.

In a video interview on the Go Beyond Series presented by tech firm Bluorbit which is produced by strategy firm SW Strategies, Sim recalls the months leading up to the KL Games.

He said, “In the lead up to SEA Games 2017, I was working full time at Loue Bicycles as a bike fitter.

“Bike fitting is about analysing cyclists movement on the bike and making some adjustments on the bike to allow the cyclist to cycle efficiently and comfortably.

He converted to a part-time role so he could ramp up his training leading up to the Games “because of the ramp up of intensity and volume of training and also the traveling to a velodrome which would occur quite frequently.”

“So, I only worked about 12 hours a week and that also drastically cut my income,” he recalled.

As part of his overseas training stints, he found a velodrome in Bangkok which had many local level events which helped him hone his cycling and racing skills.

In addition, he also made a trip to Colorado just ahead of the SEA Games for his first-ever high altitude training.

To save money, his team-mates and himself took a bus to the Kuala Lumpur International Airport and hopped on to the flight to Colorado from there, a journey which took 40 hours with multiple stopovers.

“For me it was a sacrifice that had to be made because I wanted to do my best for the 2017 SEA Games,” he said.

He confessed that he would have retired after the SEA Games in 2017 if he did not the result which he had been aiming for.

Sim, who is now a Sport Singapore Spex Scholar, is training for the Asian Games 2022.

Watch his interview here which was posted on the Bluorbit Facebook page here.

Sim has also collaborated with ERA Division Director Shen Jiaming, who is an avid recreational cyclist, on a short video to promote safe cycling.