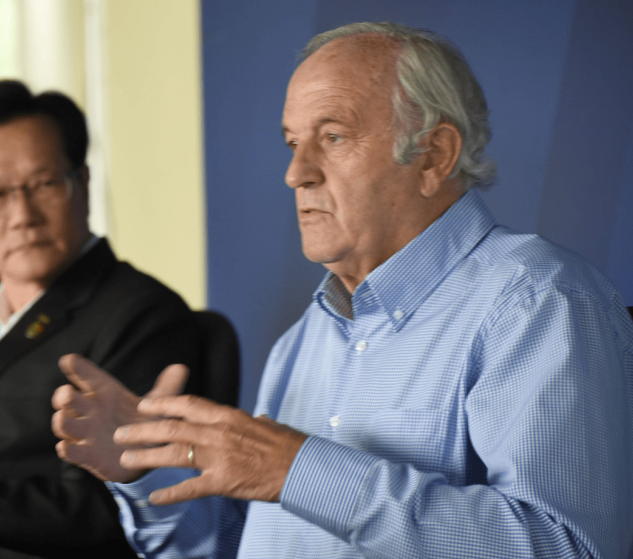 In an interview with the The New Paper published on 11 March, former Singapore technical director Michel Sablon lamented how footballers end up leaving the sport after National Service (NS).

He was responding to Singapore’s latest project to unite the country through football and aim for qualification to the 2034 World Cup.

“I’m very happy it has happened and it will help a lot because players in Singapore… disappear (from the football scene) after national service,” he said in quotes carried in TNP.

He did not provide any figures or cite any studies when making that remark.

Sablon was Singapore’s technical director from 2015 to 2018 and in September 2015, six months after his arrival, he proudly proclaimed that Singapore could play like Asian powerhouse by 2020.

Even India is ranked higher than Singapore in the standings at 110.

During his time in Singapore, he was also rapped by the Football Association of Singapore after he revealed in a media interview that hew was not getting enough support from the FAS for his youth development plans.

In terms of NS commitments, Parliamentary Secretary for Culture, Community and Youth Eric Chua said on 8 March that the Ministry of Culture, Community and Youth will work with the Ministry of Defence on “support avenues for eligible footballers, including early enlistment, leave and time-off for NSFs to train, as well as opportunities to continue training and playing at the very top levels while fulfilling their NS obligations”.

A senior official who spoke to TNP on condition of anonymity said that he would need more convincing that NS would not get in the way of players’ football dreams.

“If you are in a (combat) vocation in the army, would that vocation allow you to continue training as a professional and play football on the weekend.

“I don’t know whether that is really achievable. Let’s just put it this way, I will need more convincing,” the official said.