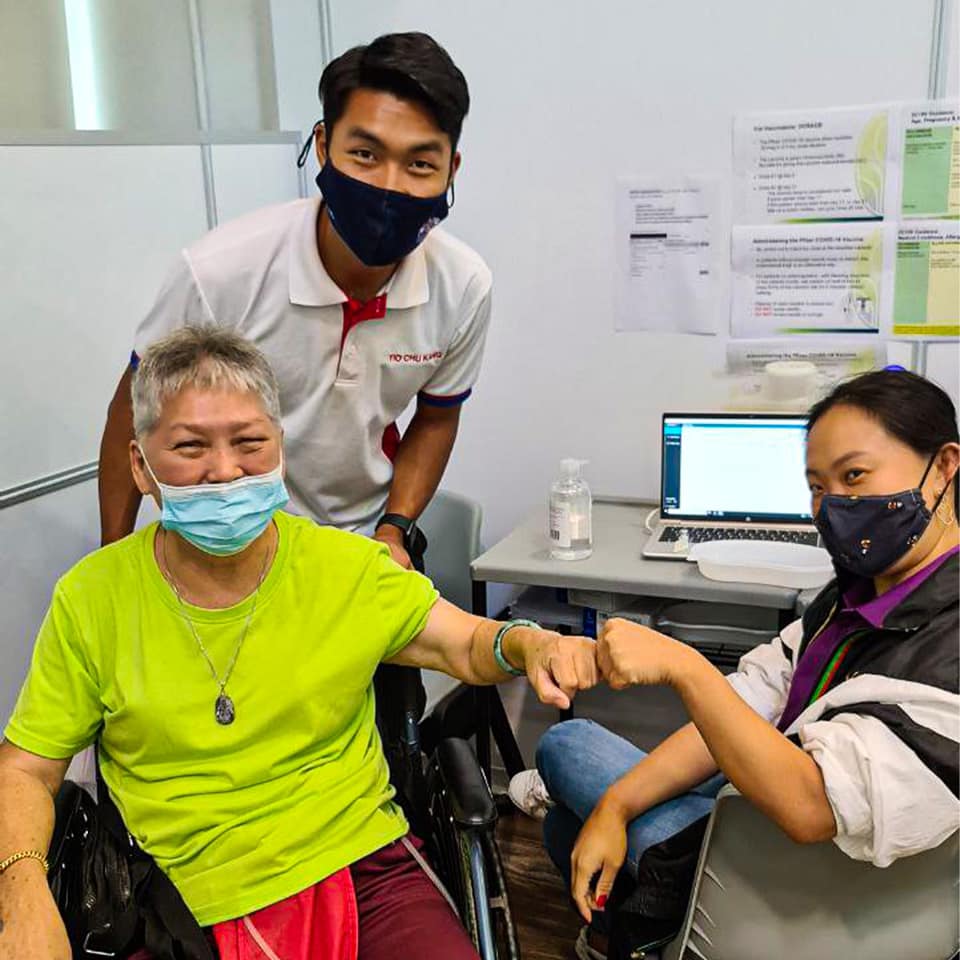 Lion City Sailors forward Song Uiyong made the internet go ‘awww’ after he posted photos of himself helping a Mdm Tan from Yio Chu Kang head for her Covid-19 vaccination.

In a Facebook post posted on 1 April, the Korean said, “It was so meaningful times with the volunteer work and happy to meet “Madam Tan”.

“She got the first vaccination.

“See you again Madam Tan 21th for the second vaccination!”

The Sailors, who were beaten by Hougang United in their last league match before an international break, will face off against the Young Lions on Saturday, 3 April.

He did end off his post by saying that he needed to “get back to the football field and prepare for Saturday match.”

In their own post on Facebook, the Sailors added that Song was assisting in “Yio Chu Kang SMC’s efforts to help older residents who may require assistance in receiving their jabs.”

The Korean forward has scored three goals in the league so far.