The connection with the fans was what made the 2010 YOG football team special. 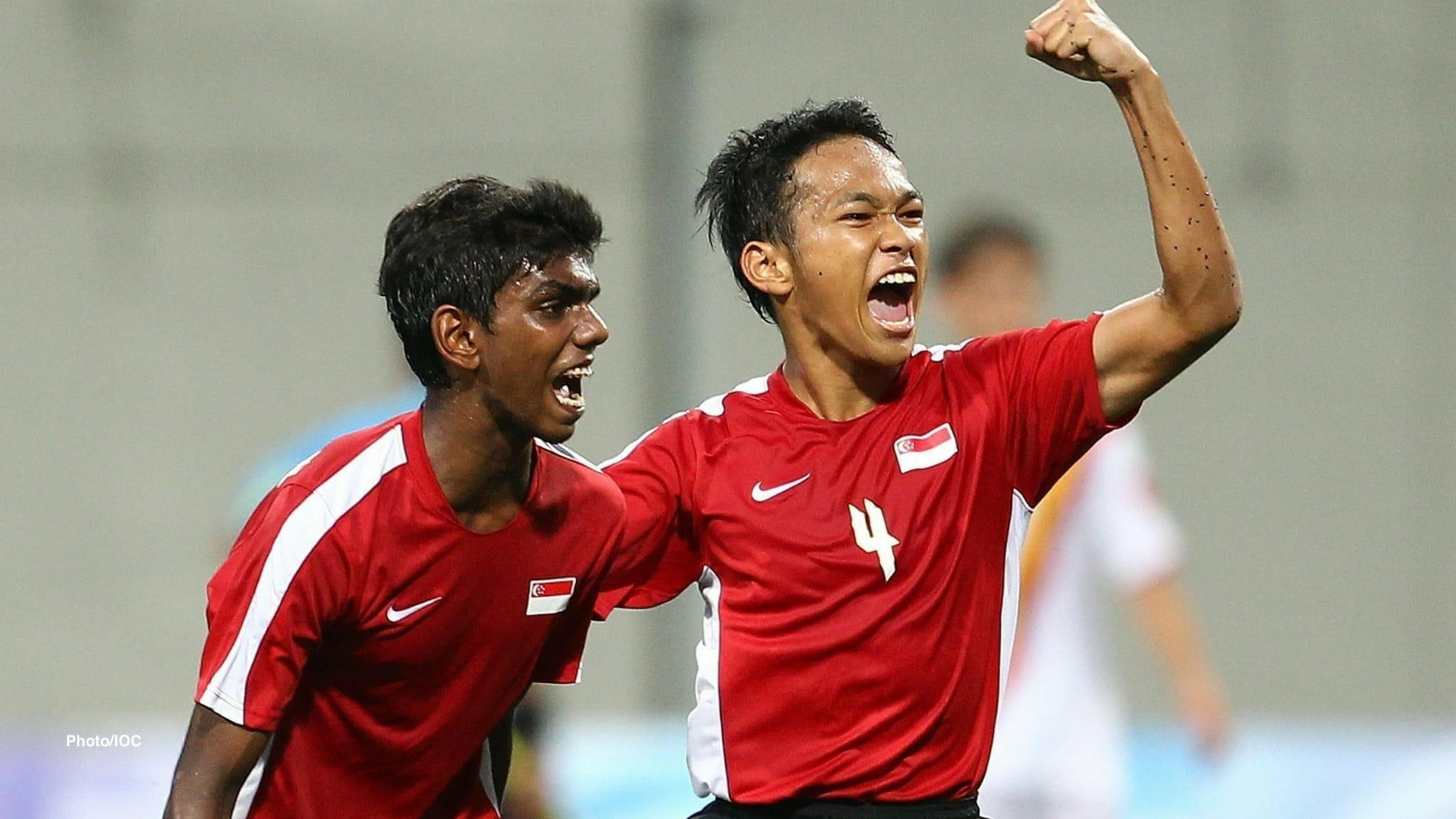 The Cubs from the 2010 Youth Olympic Games football team captured the imagination of a nation more than a decade ago when Singapore became the inaugural host of the youth games.

And even though the team finished with a bronze medal, the team and its antics are still talked about whenever there is any football discussion about some of the high points in Singapore’s football journey over the last two decades.

Defender Dhukhilan Jeevamani, a member of the team in 2010, said that the 2010 Youth Olympic Games will always be special to him because of the connection to the fans.

In an interview on the Go Beyond Series with tech and logistics firm Bluorbit which is produced by SW Strategies, Dhukhilan who is now 26, said that he will always remember the YOG because of the “connection with the fans, with Singaporeans and our team.”

“How they came out in full force to support us.

“You see the stadiums being filled up and everything.

“Singaporeans felt a sense of belonging in the stadium when they are supporting us.”

The team was coached by former national stalwart Kadir Yahaya, and also included players like Jeffrey Lightfoot, Hanafi Akbar and Fashah Iskandar, a multi-racial team which was a microcosm of modern Singapore.

“There was Indians, Malays, Chinese, Eurasians in our squad and Singaporeans that came down just brushed their differences aside and they came down to watch football.

“And we were also able to repay their faith by playing a good brand of football,” said the Finance major who will complete his degree in a few months.

Dhukhilan also added that 11 years on, he felt that the team felt the need to do well, and to repay the faith Singaporeans had placed in the team.

“We had various Ministers, we had our Prime Minister Lee Hsien Loong, also our late President SR Nathan who came down for our matches.

“We felt that we couldn’t let down the nation because of the support all of the Ministers and the fans gave us that time,” he said.

Dhukhilan decided to quit playing in 2020, and more recently was accepted as one of 25 youngsters from all over the world to be part of the International Olympic Committee Young Leaders course.

“It is a four-years course and we will get seed funding to roll out our projects and use sport as an empowerment tool.

“So my project will consist of various parts to it – a physical part to it and also a mental part to it.

“The physical part will be about football as an empowerment tool for kids with disabilities and also for women for a chance to take it as a leadership tool.

“And also the mental part is in terms of workshops and various programmes with industry leaders to share their experience to have an industry collaboration,” he added.