Hafiz Nor has played 61 minutes of SPL football out of 990 minutes. He was in the first 11 against Palestine. 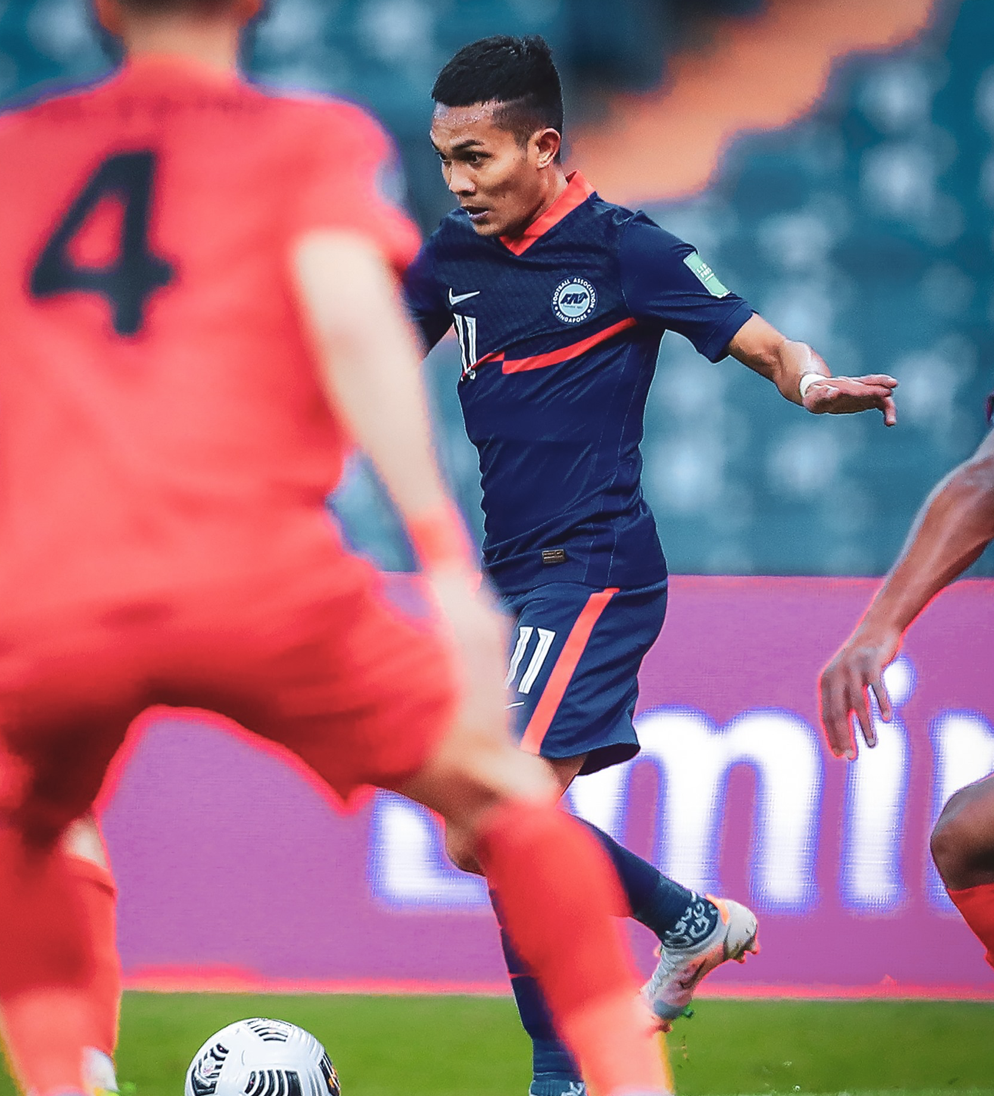 One of the players in Tatsuma Yoshida’s first 11 in Riyadh in the Group D qualifier against Palestine on 4 June was 33-year-old Lion City Sailors midfielder Hafiz Nor.

Capped six times previously in a Lions jersey, questions are now being asked in online forums among fans about his selection to the first 11, and even to the team.

Based on the data from the official Singapore Premier League microsite, Hafiz (fifth from right in photo) has not even been a regular for Lion City Sailors in the SPL this season.

In fact, he has only a grand total of 61 minutes out of 990 minutes over 11 rounds in the SPL for the Sailors.

He has not started a match, nor has he even played a full match.

In fact, his total of 61 minutes of playing time over 11 matches is only two thirds of one full match.

Out of 11 matches, he was on the bench on seven occasions without coming on as a substitute, came on as a sub three times and was not even on the bench for the Sailors match against Tanjong Pagar on 17 March.

His time on the pitch for the Sailors this season translates to only 6.16% of total playing time over 11 rounds of fixtures.

National coach Tatsuma Yoshida explained after the 4-0 loss to Palestine in a Group D World Cup qualifier that the players were “a bit nervous”.

The clearly lack of playing time can be attributed to why some of the players looked out of sorts and nervous.

Hafiz made way for Saifullah Akbar in the 65th minute.

Tatsuma, while having taken responsibility for the Lions disastrous showing against Palestine, now needs to explain his decisions over player selection.

Apart from Hafiz, he also needs to explain the logic behind the selection of third choice goalkeeper Zaiful Nizam ahead of goalkeepers in SPL sides who have conceded less, and whose teams are doing better.

While it can be reasoned that his decision to call up both Izwan Mahbud and Zulfahmi Arifin can be on account that the Thai league ended in March this year and both players could be negotiating new contracts, the fact remains that both have not had regular playing time since March this year.

A failure to explain some of his selections decisions would undermine his credibility as a coach, and would also perpetuate the perception of favouritism, an issue which has plagued Singapore football to a point some call it part of the culture and endemic.