The aftermath of losing 4-0 to Palestine. There are some really angry fans. 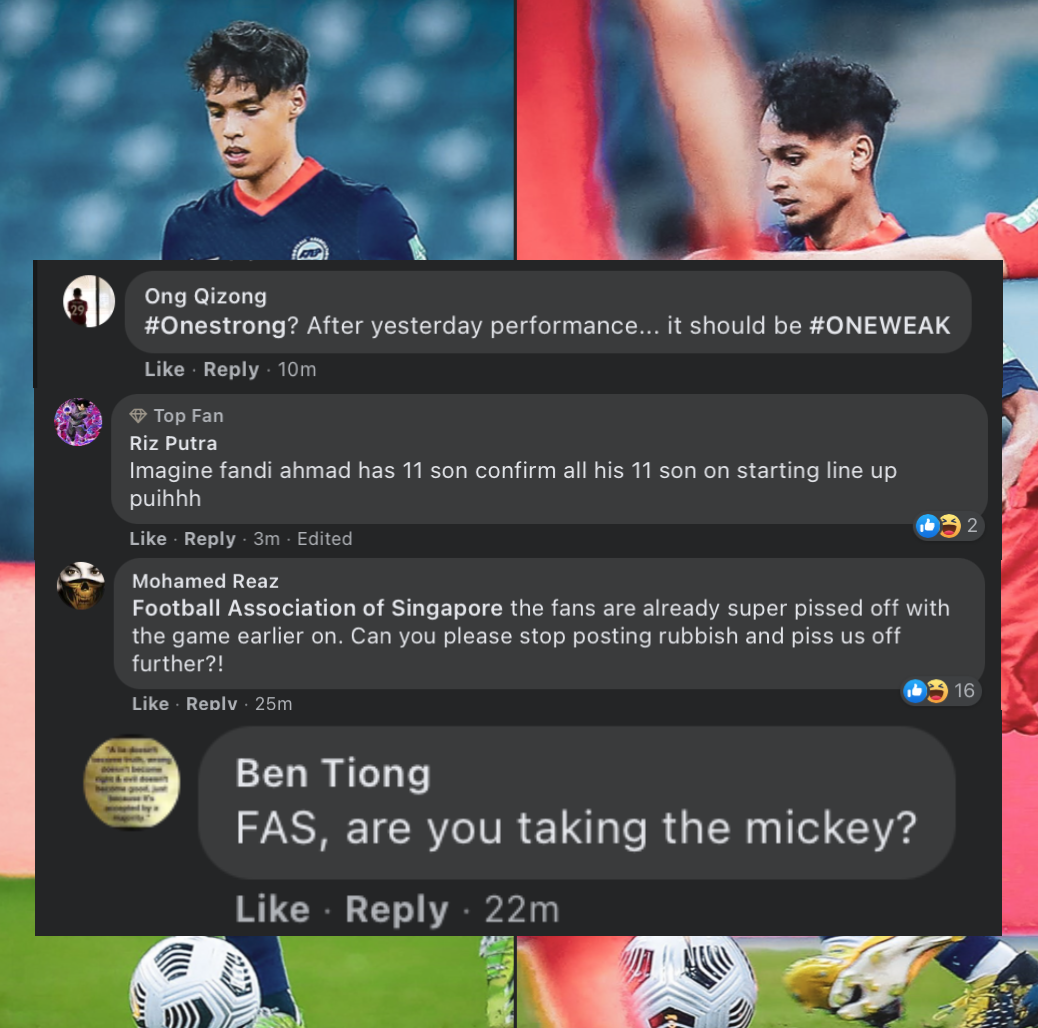 Almost 18 hours after the 4-0 drubbing at the hands of Palestine, Singapore football fans continued to descend upon the Football Association of Singapore Facebook page and leave angry comments.

It is quite clear that the general online sentiment was negative after the painful showing in Riyadh against Palestine in the Group D World Cup qualifiers.

When the FAS social media team posted a congratulatory message for Ilhan Fandi and Saifullah Akbar, who both earned their first senior caps in the clash against the Lions of Canaan, the post was met with fierce and some unsavoury response from fans, who left mostly negative comments.

One fan felt that the Lions gave too much respect to Palestine, and treated them like they were Brazil.

Another fan had an idea about the current FAS tagline.

One fan felt that his sleep was sacrificed without justification.

A couple of fans wondered if the FAS was trying to be funny.

Another fan was obviously upset that Fandi Ahmad had too many sons in the national team.