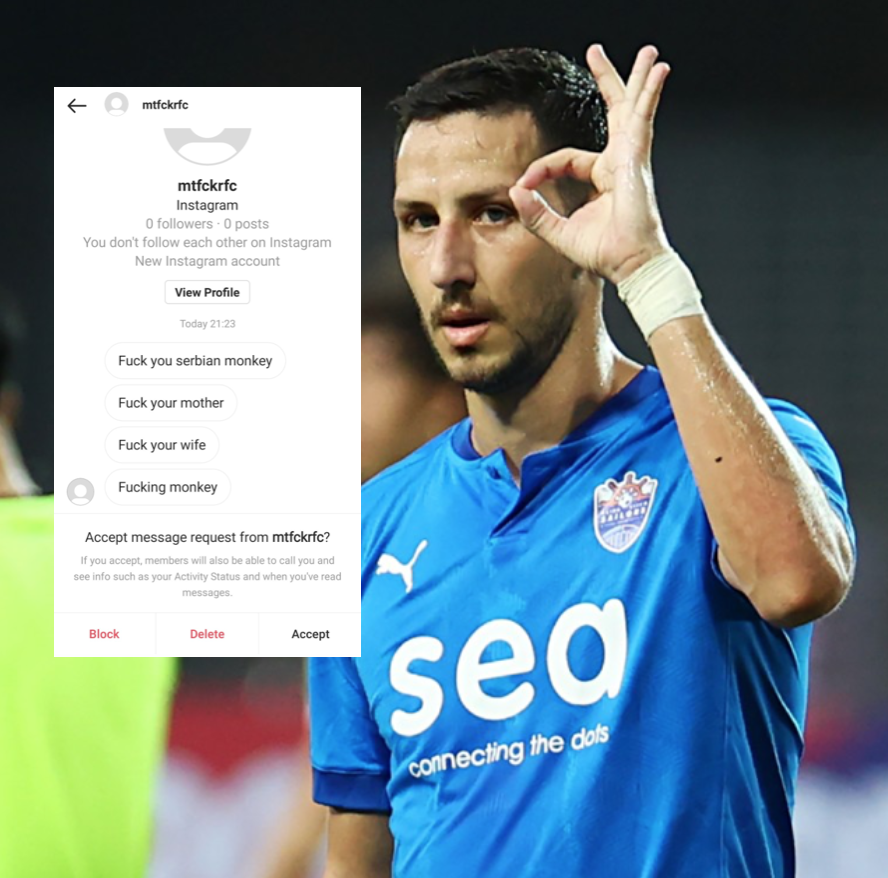 Lion City Sailors forward Stipe Plazibat has been abused through a private message on Instagram and has said on Twitter that will file a police report.

He put up the screengrab of the message he had received on Twitter at just past 10pm on 27 August, soon after the Sailors drew 1-1 against Hougang United.

He later added that he would be filling a police report over the abusive message.

To which Plazibat responded.

It is not known what could have triggered the message, and whether it was linked to a story posted on the Lion City Sailors website on 26 August, in which the Croatian said that he was keen to apply to be a permanent resident in Singapore.