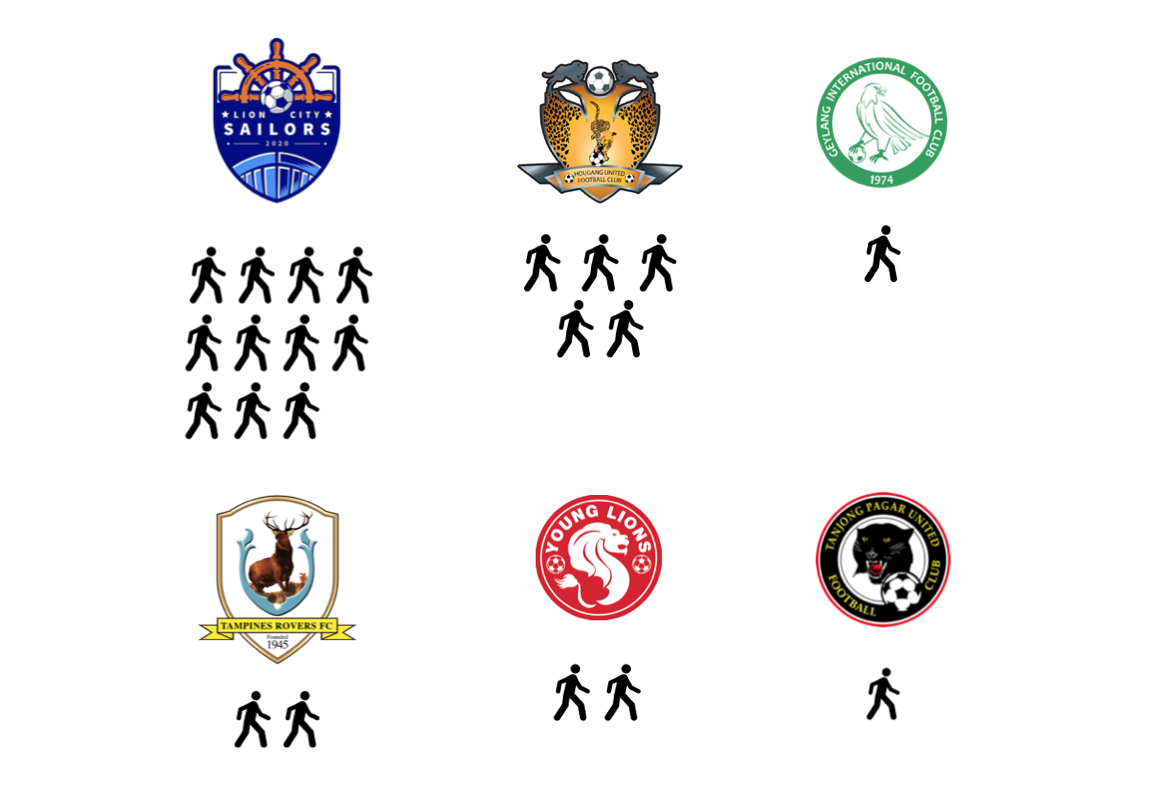 National coach Tatsuma Yoshida has called up 22 players for a series of training sessions which begin on 31 August.

Here’s eight points to note about his list which was released on 27 August.

2. Geylang International’s Amy Recha is the only Eagle who has made Yoshida’s list. Amy and Gabriel Quak are the only two Singaporeans whose names are visibly high enough in the Singapore Premier League top scorers charts.

“Amy has shown fantastic and impressive performances in the SPL this season with Geylang International, for whom he is the top scorer and enjoying his best-ever goalscoring campaign. His form has been consistent and made him a natural choice for a call-up. Amy will be able to play a few different positions and is a very good option for us in attack.”

3. 31-year-old Tanjong Pagar United defender Faritz Hameed is the only Jaguar who made the cut, and gets a recall to the squad.

“Faritz will boost our defensive capabilities at centre-back and with the experience that he has, his presence and leadership will be a welcome addition in the squad.”

4. Singapore’s new citizen Song Ui-young has received his first call to turn up for national training. Song played for 55 minutes in the clash against Hougang United on 27 August.

5. Another player who has received his maiden call-up is Afiq Noor from Hougang United.

6. Singapore’s overseas based players like M Anumanthan, Safuwan Baharudin, Ikhsan Fandi and Irfan Fandi are not on the list as there are no international matches lined up during this upcoming international window.

7. There is no place in the list for Shakir Hamzah, who asked to leave the national camp after two matches during the World Cup qualifiers in June.

8. The Lion City Sailors have 11 players in the list of 22 called up by Tatsuma Yoshida, which points to the growing football inequality within the Singapore Premier League.