I made a mistake, I just want to move on with my life, says former international K. Kannan. 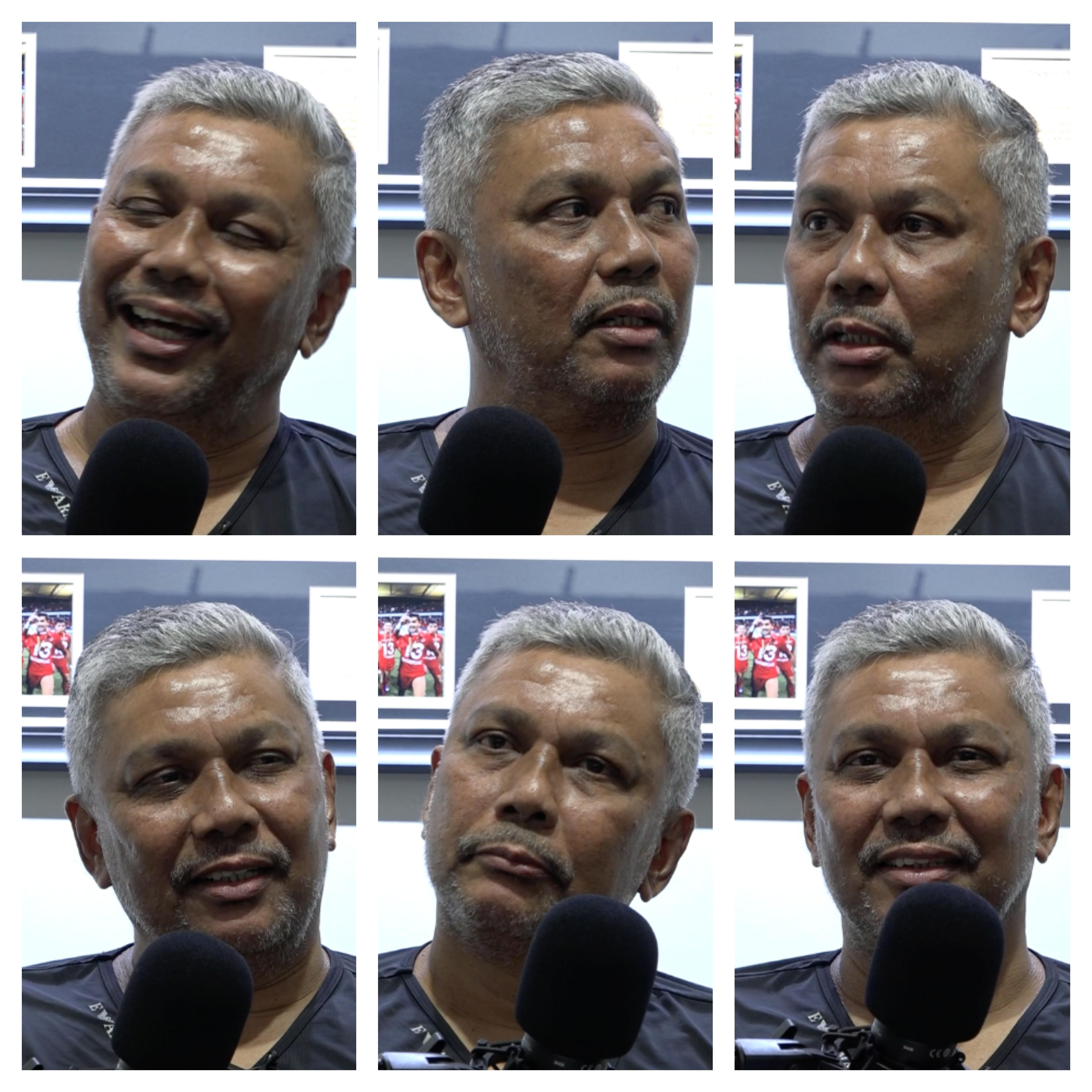 In view of giving people who made mistakes second chances and the ability to rebuild their lives, former national footballer K. Kannan is asking that the football authorities consider lifting the life ban on all footballers who are currently on its list.

In a video-podcast with One Mic Stand in partnership with TMSG, Kannan who turns 60 in January 2022 asked, “Why can’t you allow? Not only me, (but) all those players who were also banned.

“Why can’t you allow them to play socially, I mean we are talking about Yellow Ribbon.”

Zulkifli (photo below, second from right), a former Balestier Central player, has also been known to be active as a referee for social football matches which are not sanctioned by the FAS before the pandemic.

Kannan, a former Singapore international has filed an appeal with the FAS to have his life ban lifted 26 years after it was issued following his conviction for a match-fixing conspiracy which happened in 1994, after he had ended his playing career.

The former Singapore international started representing Singapore in 1981 as a teenager and played for Singapore at the Southeast Asian Games in 1981 and 1983, missing out of the 1985 and 1987 Games due to injury.

He also represented Singapore in the Malaysia League and Cup but made his mark while playing for Kuala Lumpur during two stints in 1986 to 1987 and then again from 1989 to 1991.

Kannan’s prowess in front of goal helped him to the Golden Boot in the Malaysian competition in 1987.

In the wide ranging interview which lasted for about 45 minutes, Kannan shared how he started playing football when he was still in school, living in Marine Parade.

“I was very young, I was very crazy. After school, sometimes below the block.

“We have a basketball court where last time they have the kind of plastic ball, nice plastic ball.

“Usually after school for an hour, you just kick about and then you go back home.”

Kannan was 17 when he was first called up to the national team under Jita Singh.

He also revealed that football was not actually his first love, and was a fan of boxing and legendary boxer Muhammad Ali.

“Honestly if you really ask me, boxing is my favourite sport.

“I used to watch all the live boxing even during school days,” he shared.

Can play overseas but not in Singapore

Kannan also revealed how he has been able to play in tournaments overseas, especially in Malaysia and India despite his life ban in Singapore.

“Whenever it involves Malaysia or anywhere, I have a letter from FIFA which states that I am not banned overseas, only here in Singapore.

He further reiterated how his activities at the Indian Association does not fall under the purview of the FAS, as it is not an affiliate of the national football body.

“I clearly know the place I play has nothing to do with FAS. It has no association with FAS.”

On his appeal to lift his life ban, he said,”I got a very, very good lawyer Eugene Thuraisingam.

“I must really thank them so much.”

He also spoke about the incident from 27 years ago which led him to commit perhaps his biggest mistake of his life, and also discussed why he should not be stopped from playing or being involved in social football at the Indian Association, which is not an affiliate of the FAS.

He ended the podcast by saying that all he wants to is play and be involved in social football as a means to stay fit and healthy.

“Well I don’t know what is the outcome of the FAS decision.

“I mean I made a mistake, I just want to move on with life.”