He quit Singapore due to ‘medical emergencies’ but is now announced as Australia’s women’s water polo head coach. 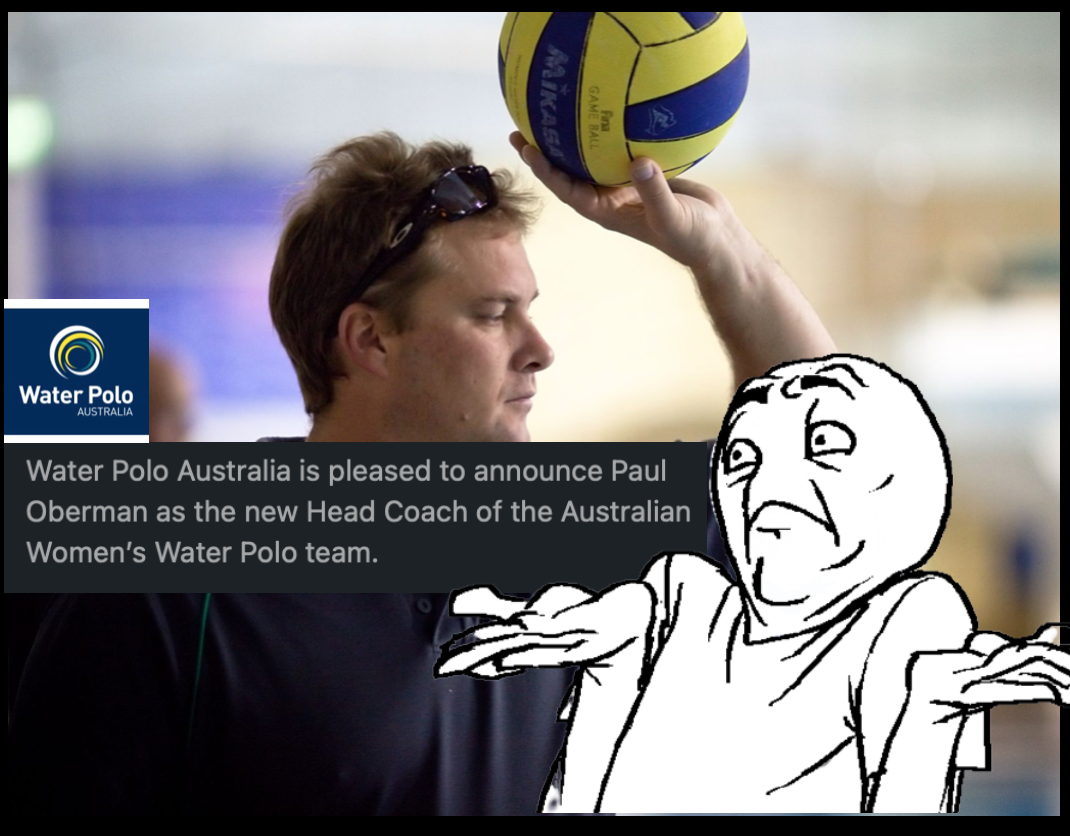 The announcement was posted on Water Polo Australia’s (WPA) website.

Only the SSA can explain why they chose to leave out this important piece of information in their public communications over Oberman’s departure on 9 November, even though they were well aware of his new appointment in Australia.

In fact, what was indeed laughable was how its statement seemed to highlight the medical matter more than anything else, when it was already a known fact within the water polo community that Oberman had a new role waiting in Australia.

The SSA also did not respond to TMSG queries when asked about Oberman’s impending appointment on 9 November itself, after the SSA had issued its statement to the media at 3.06pm.

Maybe it was the public response to the departure of Football Association of Singapore technical director Joe Palatsides which hastened SSA’s approach, noting the backlash online after information surfaced that Palatsides had already secured a new role in Melbourne even before a resignation announcement was made.

In SSA’s statement to the media, SSA’s Vice-President for Water Polo Dominic Soh said, “While we would have liked Paul to stay on, we understand the predicament that he and his family are facing, and we fully support his decision to return to Australia.”

Of taking on a new role which will probably have him travel more than ever?

In the statement posted by WPA after his announcement as the new head coach of the Australian water polo women’s team , Oberman said, “Our women’s water polo team has a very proud history.

“I’ve always prided myself on creating your own history and I really want to work with the women’s team to do that.

“There is so much talent within the squad and the pathway… and Brisbane 2032 presents a great opportunity for us to increase the pool of players at all levels of the pathway.”

Why he chose not to reveal this on 9 November when the SSA announced his departure, or in his message to stakeholders, only he can explain.

WHAT’S WITH THE EXODUS

Just this week alone, the Football Association of Singapore lost its technical director Joe Palatisdes who returned to Australia to join club side Melbourne Victory.

He tenure had been renewed for two more years in June, and had been working from home in Australia since then.

He had cited health reasons for his departure from Singapore.

A senior official, who used to be part of a National Sports Association management team who declined to be named blamed it on a “cultural difference” and does not believe it is related to the country’s pandemic management.

“It’s more of a cultural difference in dealing with our athletes and management.

“The western coaches get attracted by the our city and the money, but once they come and work, they struggle with local systems and have little patience to complete their contract to make a difference.”

The SSA should have been upfront with its reasons for Oberman’s departure.