Failure in communicating plans has led to unrest within football coaching community. 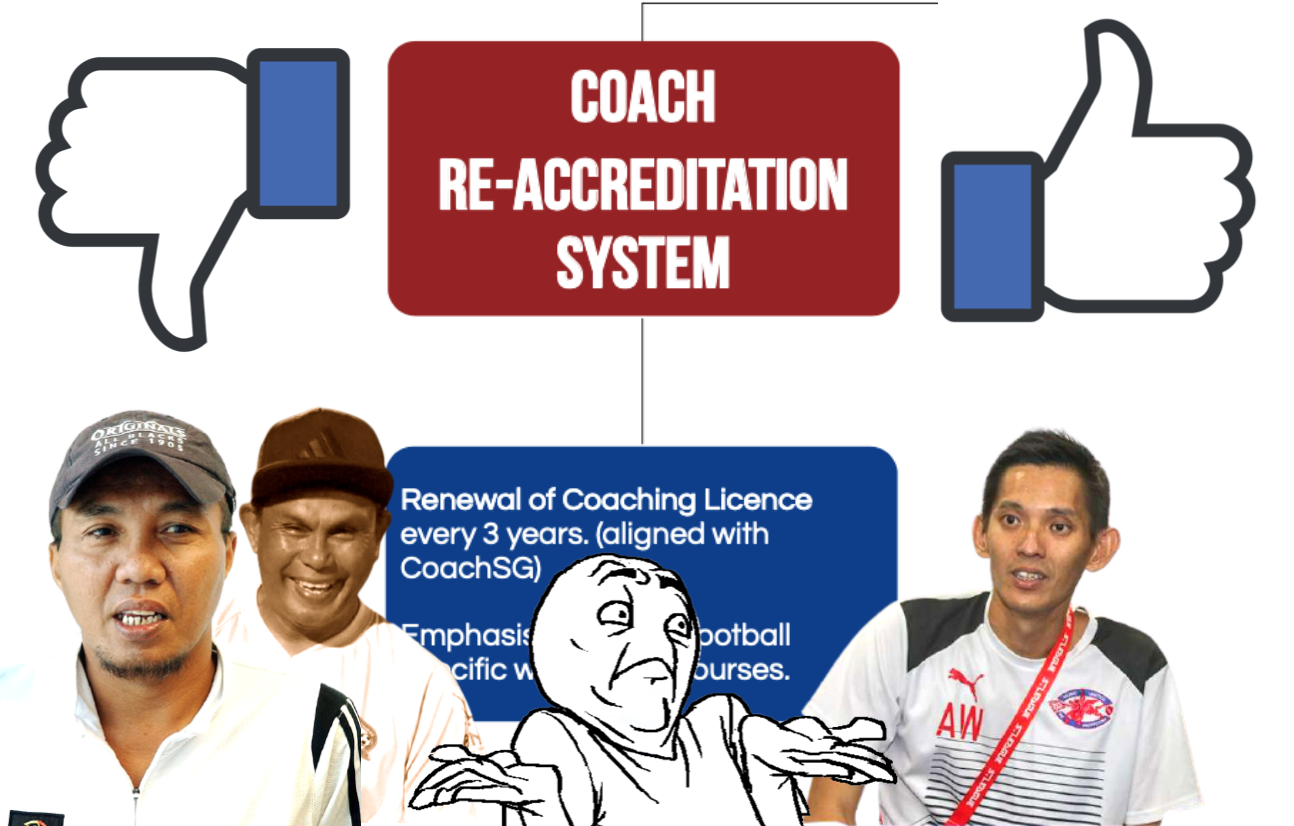 It was buried within the line of a news story in the Straits Times, and was probably not meant to stir a hornet’s nest, given there was so much else to talk about.

But the comment by Football Association of Singapore interim technical director Philippe Aw has sparked an online war with battles being fought aggressively.

To the point of getting rather personal.

On 19 November, there were a few updates provided by the project administrators of Unleash The Roar (UTR).

Among the updates in the presentation included a new Chairman of the UTR project in the form of Parliamentary Secretary for Culture, Community and Youth and Social and Family Development Eric Chua, the names of schools which had been onboarded for the School Football Academies and Coaches Education.

However, the Coach Re-accreditation System on slide number 34 (image below) has now become a hot potato, with coaches, including former internationals getting in the mix.

Former international and former Tanjong Pagar United coach Tohari Paijan was one of the first to slam the undertaking, with his vitriol squarely directed at Aw, who is also the FAS Head of Methodology.

Using razor sharp words including in Malay, he took aim at the messenger of the announcement and the suggestion of re-accreditation.

Given that some of the coaches, like Tohari, had already been in the system for many years and had been earning a living from coaching at schools, it was baffling that they had not been consulted or engaged prior to the announcement.

Another former international Yakob Hashim, who was also a member of the FAS Council previously, asked for clarity, and that the current coaches be included in discussions ahead of implementation.

This reactions by the coaching fraternity points to a failure in the engagement strategy of the UTR administration, especially within the context that this is an issue involving livelihoods.

Only the people in charge will be able to explain the perceived engagement and consultation black hole.

Not everyone was against the idea of re-accreditation of coaches.

Football consultant Khairul Asyraf said he was in support of the suggestion.

Asyraf’s comments then brought about another reaction from Yakob, who went ballistic.

Former S-League player and coach, and current commentator and pundit Shasi Kumar posted a tweet asking that all parties take a step back and understand what was being put forward.

There is a lesson to be learnt for the people leading the project, especially now that a political office holder in the form of Eric Chua is helming it.

This is not just about football development.

If it involves livelihoods and rice bowls, there will be a political price to pay if there is a wrong move every step of the way.

The administrators of UTR have not addressed the online discontent as at 25 November.

On 19 November, committee overseeing the project was announced (image below).