Lion City Sailors are top bidders at $40,000 a month for Ulu Pandan plot. 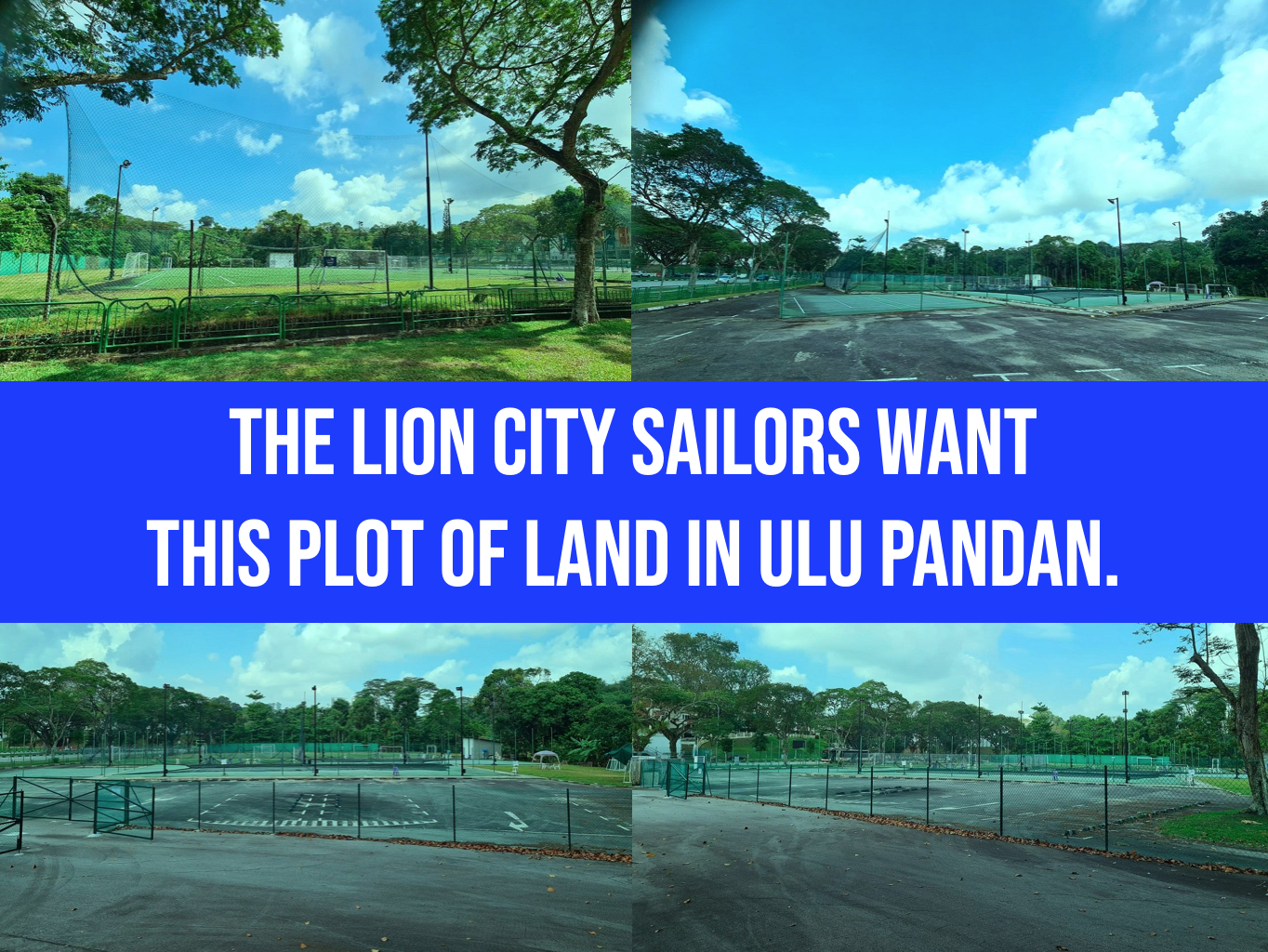 Hot on the speculation heels about plans to build a stadium of its own, it has now emerged that Singapore’s first privatised football club Lion City Sailors also want a plot of land in Ulu Pandan.

What a bunch of ballers.

In tender results posted on the Singapore Land Authority (SLA) website, the Sailors who are backed by Forrest Li’s SEA Group have submitted a bid rental of $40,000 per month for the space, the highest among 14 bidders for the plot.

The land area is about 118,000 square feet, about the size of 118 four-roomed Housing and Development Board apartments.

But whether they get the nod to take over the facility is still up in the air as the proposals are still under evaluation.

Other bidders for the plot include teams known as the Ulu Pandan Sports Hub and the Farrer Park Sports Group.

The Lion City Sailors said that its “proposal is still under review by authorities” when queried about its plans or the plot of land.

Sailors Chief Executive Officer Chew Chun-Liang said, “As such we can only reveal that our bid for the plot of land in Ulu Pandian is aimed at a training facility for the club, with community sports featuring significantly in our plans.”

The plot of land was put up for tender by the SLA and Sport Singapore (SportSG) in April this year, and the tender runs for eight years in a three plus three plus two tenure.

The expected date of award was supposed to be 2 September with the intent of the tender “to introduce new, quality and affordable sports facilities for residents to experience active living within reach of their homes.”

When announced in April, it was stated that the tender served “as a pilot to assess the response and launch of additional State property sites for sports use.”

The SLA and SportSG added that tenderers would be assessed “on how their proposals can meaningfully transform and activate the space for social integration and community bonding through sport”.

It was “first collaborative effort by SLA and SportSG for a joint tender to convert a State property for sports use”, said the statement when announced in April this year.

The location at 102 Ulu Pandan Road was originally part of the former Ulu Pandan camp.

It was previously the home of the Singapore Armed Forces’ School of Military Medicine where combat and service medics receive training, and also the base camp of 1 Singapore Infantry Regiment.

The site, which also included a hostel, was last tenanted to Garden City Management Pte Ltd for hostel use from February 2017 to November last year.

The site has since been re-parcelled the site into two facilities – one for hostel use and another for sports use.

The area in purple on the map below is the area being tendered out for sports use.

The Sailors also have another plot of land in Mattar Road, which is being transformed into Singapore’s first fully integrated football training facility which will feature two 11-a-side fields, three 7-a-side fields, changing rooms, a gymnasium and study rooms for the club’s young scholars.

In a previous response to TMSG over the speculation of the club wanting its own stadium,, the Lion City Sailors CEO Chew Chun-Liang had said that the club “are in discussions with partners in both the private and public sectors to explore possibilities that will accelerate growth in professionalism and football excellence – while also fuelling Singaporean dreams – and this is a continual effort we are committed to” and that “securing facilities will play some part in driving these efforts.”