Otters pop in to watch the Lions train ahead Myanmar clash. 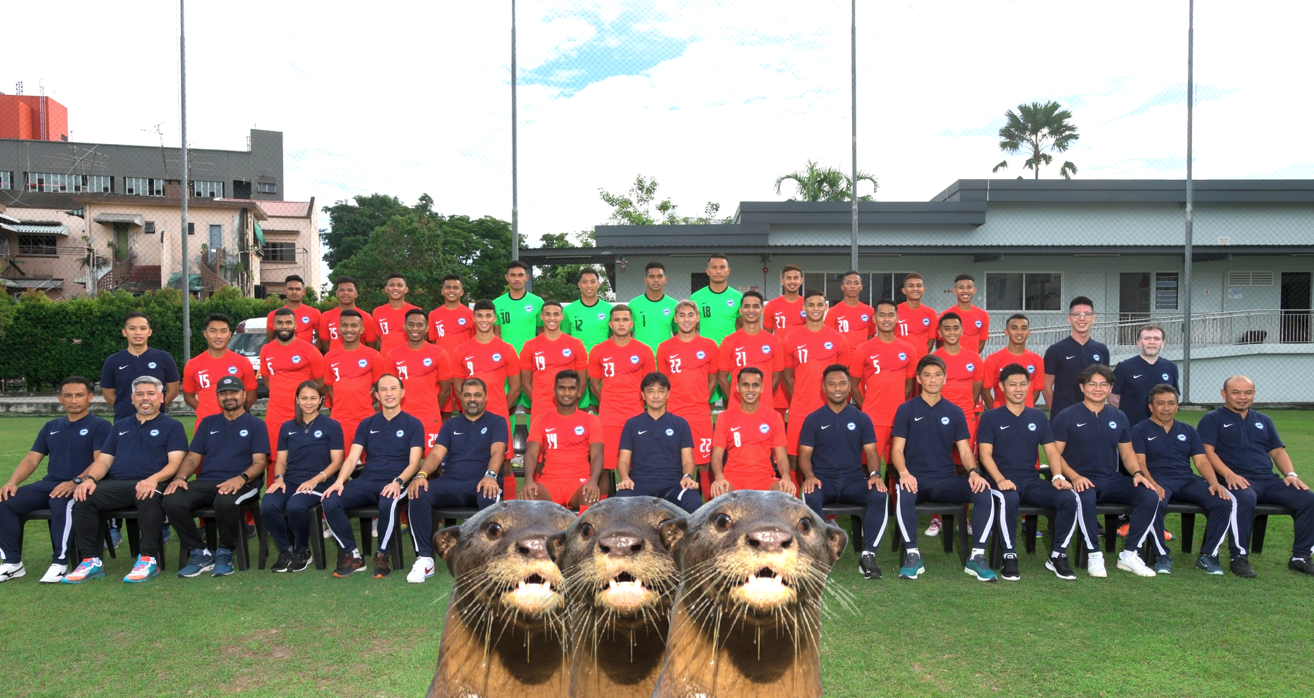 The Lions had a trio of uninvited visitors who popped in to their training pitch at Geylang two evenings ago.

The trio of otters waltzed in, checked on the state of the pitch, and were then escorted out of the facility by the Lions backroom staff.

No selfies were taken with the VVIPs, as far as social media bears witness, and no kois were embellished in the process.

The video was posted by the Football Association of Singapore (FAS) on their Instagram handle on 4 December, but it appears that the otters were at the venue a day prior, based on the caption.

It is not known if the otters were part of the Zouk family or from the Bishan 10.

Whether the creatures end up as the Lions’ lucky charms will only be known after a 90-minute clash against Myanmar at the National Stadium on 5 December, the opening match for the Singapore side in the ASEAN Football Federation (AFF) Suzuki Cup 2020.

The Lions and their head coach Tatsuma Yoshida have a point to prove, especially after group stage exits over the last three editions in 2014, 2016 and 2018.

Yoshida, hired in in May 2019, has been winless with the Lions for more than two years with the last victory coming in a 2-1 win over Yemen in November 2019.

He was also defeated 1-2 by Myanmar at the National Stadium in his second match in charge back in June 2019, and he must be well aware of the mounting public pressure on him, and his charges.

“Of course there will be pressure as we are the hosts, but I think it will be good pressure for the team,” he said at the pre-match virtual press conference on 4 December as reported on the FAS official website.

“We know the fans are always behind us and it is a big positive to be able to play in front of them again,” said Yoshida.

“For a long time, we could not have major sports events in Singapore (due to the pandemic) so everyone is looking forward to this tournament.

“We have to show our fighting spirit, play as a team and try to get the three points for the supporters.”

The Lions have been listed as hot favourites by Singapore Pools to earn all three points against Myanmar tonight.

Anything less would be a disaster for the Lions and especially Yoshida.