No flags allowed as well? 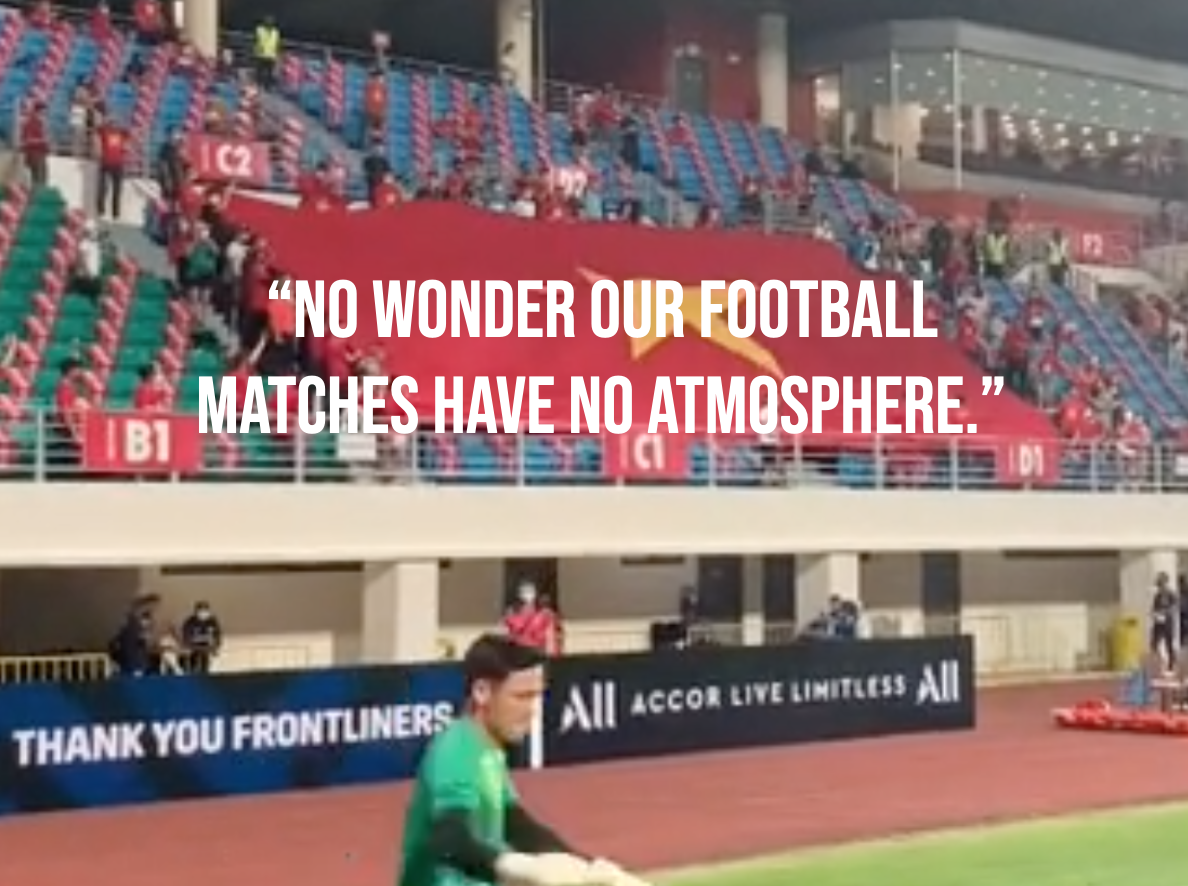 First, fans were told that no drums would be allowed into the venues for the Suzuki Cup.

Now, it has surfaced that Vietnamese fans who displayed their national flag at Bishan Stadium on 6 December before the match between Vietnam and Laos even kicked off were told to keep the flag.

If the flag was not allowed to be displayed, it is not known why it was allowed into the venue.

Photojournalist Lim Weixiang, who was at the Bishan Stadium covering the match, posted a TikTok video from the field where he was seated while waiting for the match to kick off.

He said in his social post, “Vietnam fans at Bishan Stadium unveiled a giant Vietnam flag before their team’s match against Laos only for stadium security to them to stop it.

“No wonder our football matches have no atmosphere.”

But footage from the match also suggests that the fans did end up showing their flag when Vietnam did score.

So it is unclear what actually transpired, and if it was a clear misunderstanding of rules, or just an overzealous security officer who had not been given a pre-event briefing.

Leading up to the beginning of the Suzuki Cup, Lions fan group SingaBrigade had announced their disappointment with the ban on drums in the National Stadium.

While it is somewhat unclear what the impact of drums could be at matches in relation to the pandemic, that flags were not allowed to be displayed during the football match simply is simply baffling.

Veteran football activist R Vengadasalam said that if true, it was ridiculous.