An online battle erupts over Ice Queen Anja Chong’s racism claims. All she wants is a place to stay with her Indian boyfriend. 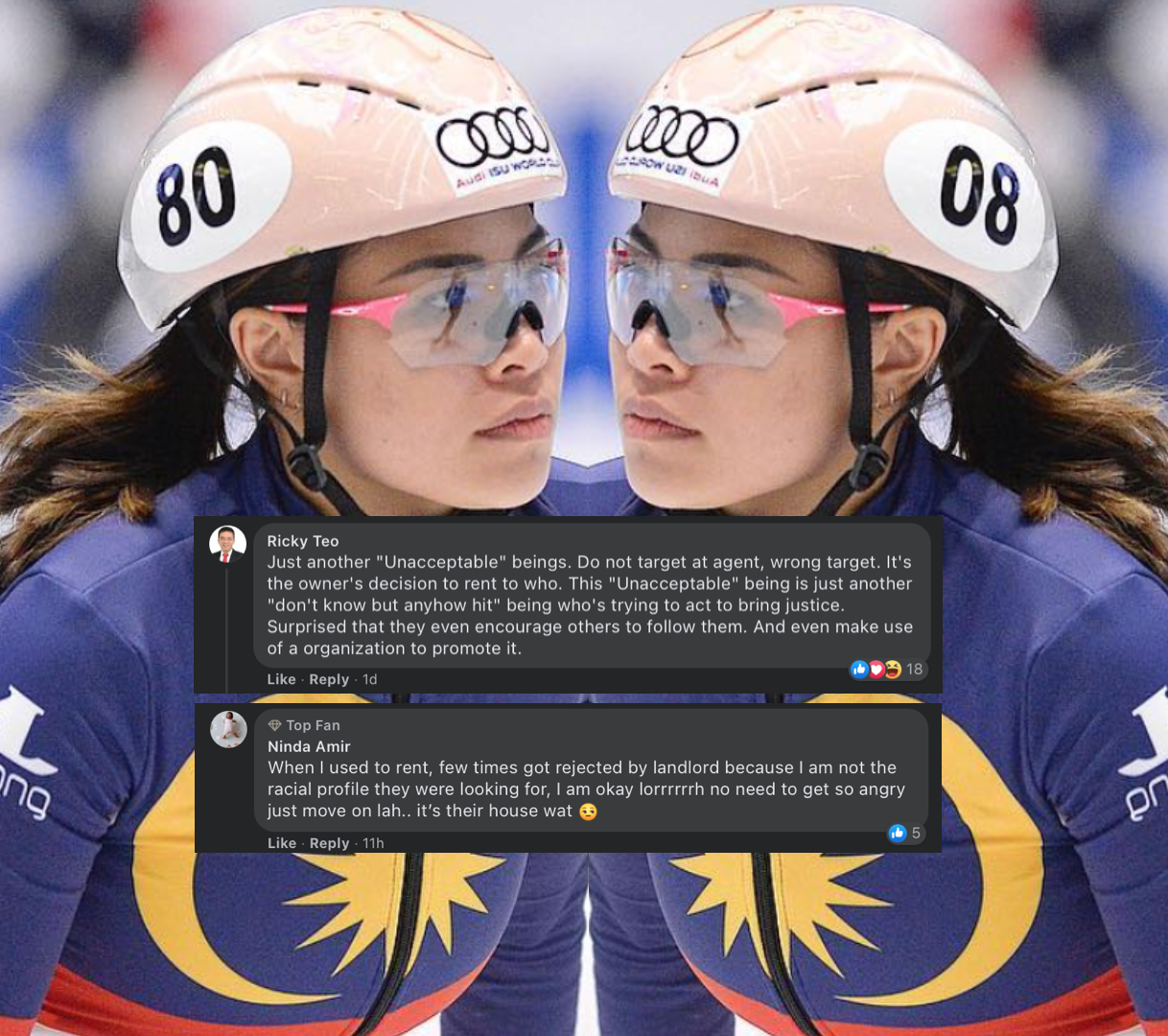 The internet is divided over Malaysian Southeast Asian Games gold medallist Anja Chong’s claim about racism being rampant and explicit in Singapore.

On 4 October, TMSG wrote how the 28-year-old Singapore permanent resident had taken to Instagram to share how she was being discriminated against while trying to rent an apartment in Singapore with her partner, who is an Indian from Malaysia.

She said that racism in Singapore towards non-Chinese was “rampant and explicit” and she white trying to rent apartments with her Indian boyfriend, the response “has been shocking”.

She added that landlords had rejected her and her boyfriend, referring to them as “unsuitable tenants” and that the landlord had preferences.

She added that the agent she had been dealing with told her that it was commonplace for landlords to have preferences.

In response to her ordeal, the internet seems rather divided over what she was going through.

Quite a number of netizens felt that it was the prerogative of the landlord to decide who they decided to rent their homes to.

There were also a substantial number of commenters who felt that Chong should not be reporting the agent to the Council for Estate Agencies, as it was not the fault of the agent if the landlord refused to rent the apartment to them.

There were also another swathe of commenters who sympathised with her over her experience.

And then there were a few who were just plain rude.

And then there are some who know how to pierce the arrow right through the heart and seize an opportunity.

Chong, who is dubbed the Ice Queen in Malaysia after winning four gold medals at the 2017 and 2019 SEA Games, was born and raised in Singapore.

She applied for Singapore citizenship in 2012 when she was 17 but was rejected.

As a Singapore permanent resident and a Malaysian citizen, she went on to represent Malaysia at the SEA Games in ice skating in 2017 and 2019, winning four gold medals in total.