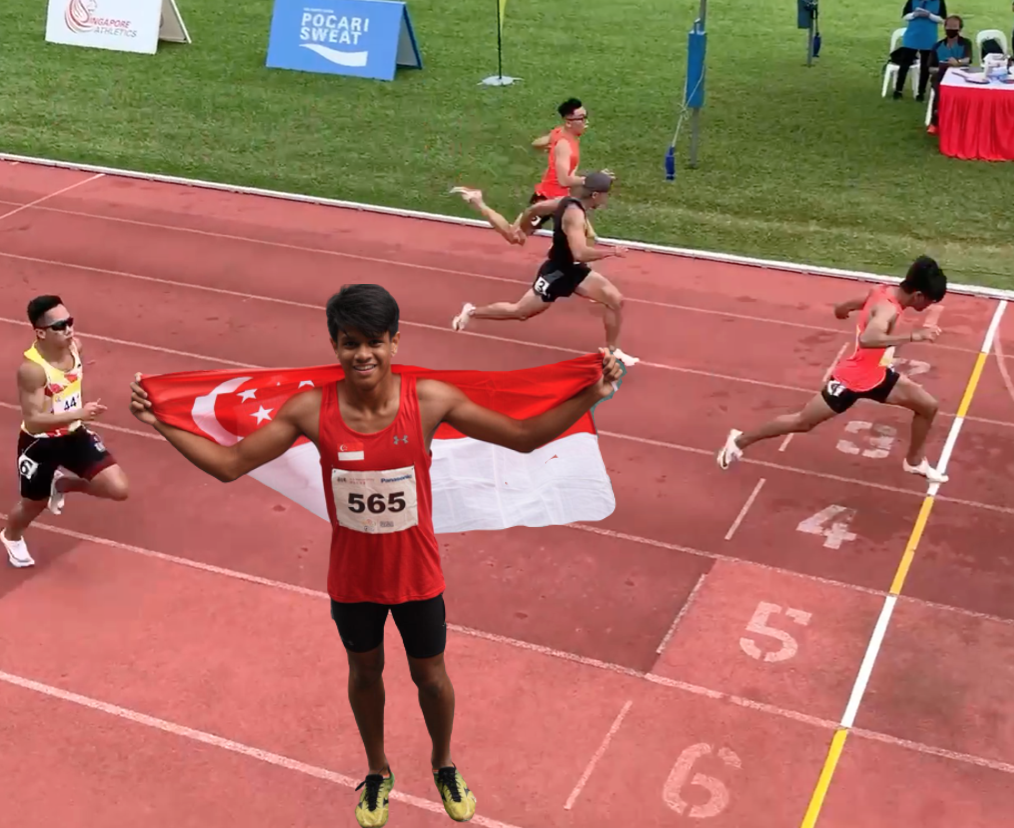 He is only 19-years-old but sprinter Brian Marc Louis is almost on the verge of cracking Singapore’s 20-year-old 100 metre sprint national record.

On 11 December at the Home of Athletics, Louis cracked the U20 100m national record at the Club Zoom SG Kindred Spirit Series, the fastest among the four finalists.

He is now just 0.02s away from Shyam’s national record.

The current mark of 10.37s is held by U.K. Shyam, delivered twice in 2001, first at the World University Games and then at the 2001 Southeast Asian Games.

The previous U20 record of 10.53s was held by Calvin Kang, clocked in 2008 at the Asian Junior Championships.

Louis finished first in the Club Zoom Kindred Spirit Series, and is now the third fastest Singaporean in the 100m ever.

Only Shyam (10.37s) and C Kunalan (10.38s) have clocked faster times in the century sprint in Singapore’s track and field history.

How far away is Louis from a 100m sprint medal at the Southeast Asian Games?

In August, Louis had also set a new national record in the 110m hurdles at the World Athletics U20 Championships in Nairobi when he reached the semi-final of the event in 13.77s.