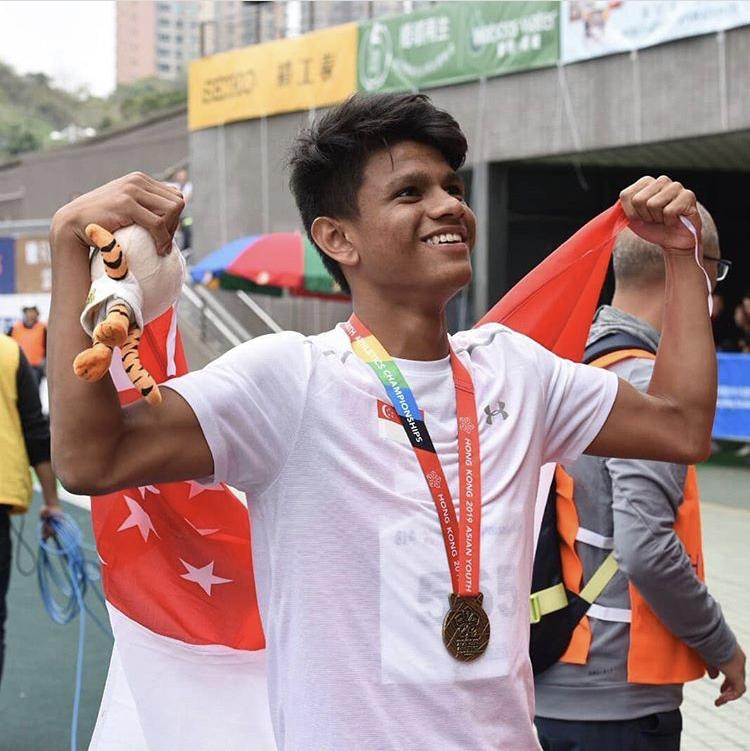 Just a day after watching his young sprinter get to just 0.02s away from the national record for the 100 metres sprint, Benber Yu believes that 19-year-old Brian Marc Louis can probably hit the tape at 10.2s if everything falls into place at the right time.

Yu (photo below, far right) is the coach of national track and field athlete Brian Marc Louis, who on 11 December came within 0.02s of cracking the national record for the 100 metres.

At the Home of Athletics, Louis cracked the U20 100m national record at the Club Zoom SG Kindred Spirit Series, the fastest among the four finalists when he hit the finishing tape at 10.39s.

Louis has already qualified for the next Southeast Asian Games to be held in Hanoi in May next year, and his time of 10.39s is just 0.04s away from the gold medal time of 10.35s set by Malaysia’s Muhammad Haiqal Hanafi at the 2019 SEA Games.

However, Louis is scheduled for enlistment into National Service, which could throw a spanner in the works.

When asked what would it take for Louis to earn a medal at next year’s SEA Games for Singapore in the 100m sprint, Yu said that it would be ideal if Louis could defer his National Service, so that Yu “can train him as per normal.”

Yu, who has been training Louis since he was a 10-year-old, said, “He needs proper and consistent training without any other distraction for his rest and recovery.”

In August, Louis had also set a new national record in the 110m hurdles at the World Athletics U20 Championships in Nairobi when he reached the semi-final of the event in 13.77s.

Louis could head up to the Malaysian Athletics Federation National Championships next week which begins on 18 December onwards.