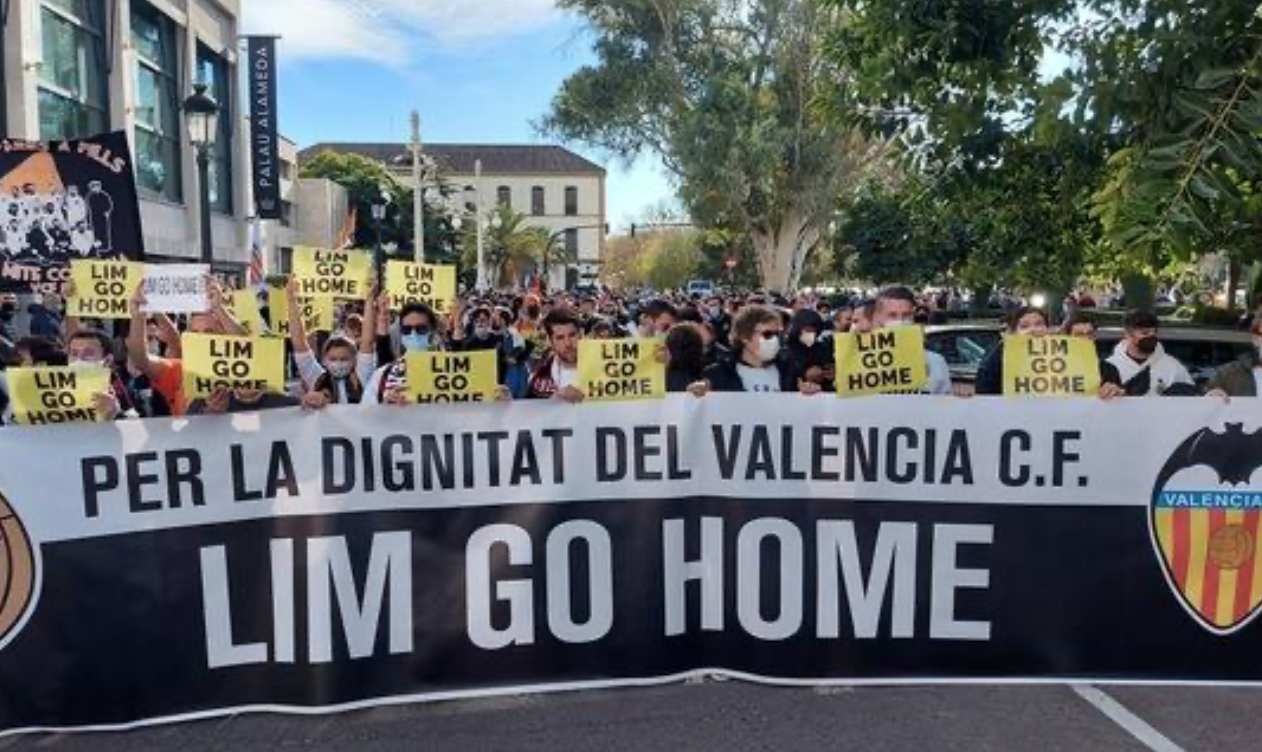 Thousands of fans took to the streets of Valencia to demand that Singaporean billionaire and owner of the city’s top football club give up his ownership of the century-old football side.

The protests had been organised via social media over the last few weeks and had been propagated through various social media channels, including Twitter, complete with posters.

This is not the first time that the club’s fans have turned against the billionaire owner.

And once again, the war cry is that “Lim Go Home” as they demand the owner leave the Mestalla.

Photos from the city show fans holding up placards and signs asking, “For the dignity of Valencia, Lim go home”.

The protest came ahead of Valencia’s home match against Elche in the league.

Valencia are currently eighth in the table with 22 points, 17 behind league leaders Real Madrid but just one point behind Barcelona.

A Spanish fan who spoke to AS.com said that fans of Valencia have risen up in arms so that the their voices can be heard.

“They are the political institutions and banks that can do something,” Santiago Canizeres told AS.com.

“If we wait for Peter Lim to move, we are going badly, because it has been seven years.

“If Peter Lim left, there would always be a future, because a professional management could be hired.”

Lim has been the majority owner of the Spanish side since 2014.