Brothers United as it is Bye Norway and Hello Thailand for Ikhsan Fandi. 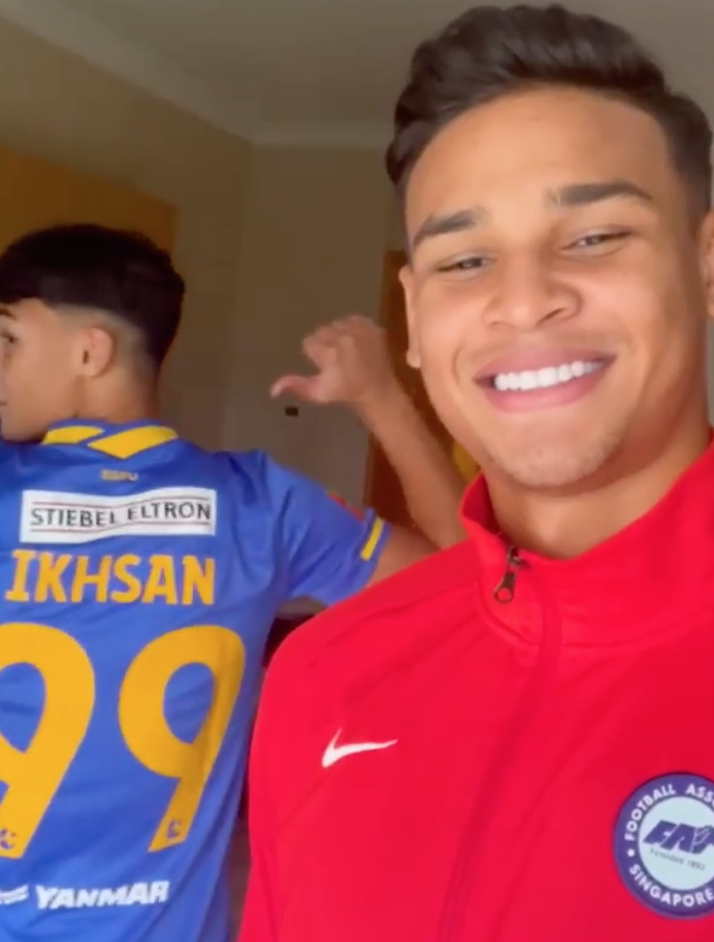 Just about two hours before Singapore’s first leg semi-final clash against Indonesia, Thai football side BG Pathum United made an announcement that it had signed on a new 99.

On its social media platforms, the Thai side said it had brought on board Ikhsan Fandi as its new striker for the next phase of the Thai Premier League.

The club also released a video which was taken by Irfan Fandi, sharing with BG Pathum fans their ‘present’ for the New Year.

BG Pathum is currently in fifth spot in the league, five points behind Buriram United.

The move to Thailand puts an end to Ikhsan’s time in Norway with FK Jerv, which was promoted to the top tier.

Ikhsan was released to represent the Lions in the Suzuki Cup despite Jerv facing their crucial playoff match during this period against SK Brann.

In fact, Ikhsan had said in a Straits Times report on 16 December, only six days ago, that he was looking forward to playing in the first division in Norway next season.

He had been contracted to Jerv till the end of 2022.

There had already been speculation in recent weeks that Ikhsan was headed to Pathum, where his brother Irfan has been based at.

At Jerv, he scored four goals this season for his club as they reached the playoffs.

Ikhsan was also the Lions saviour on 22 December as he helped salvage a draw in the first leg semi-final against Indonesia.

Ikhsan’s goal in the 70th minute cancelled off a 28th minute strike by Indonesia’s Witan Sulaeman which ensured Singapore had all to play for in the second leg, which will also be held at the National Stadium on Christmas Day.