A Lions fan who stood in line for 2 hours for tickets has a message for national coach Tatsuma Yoshida. 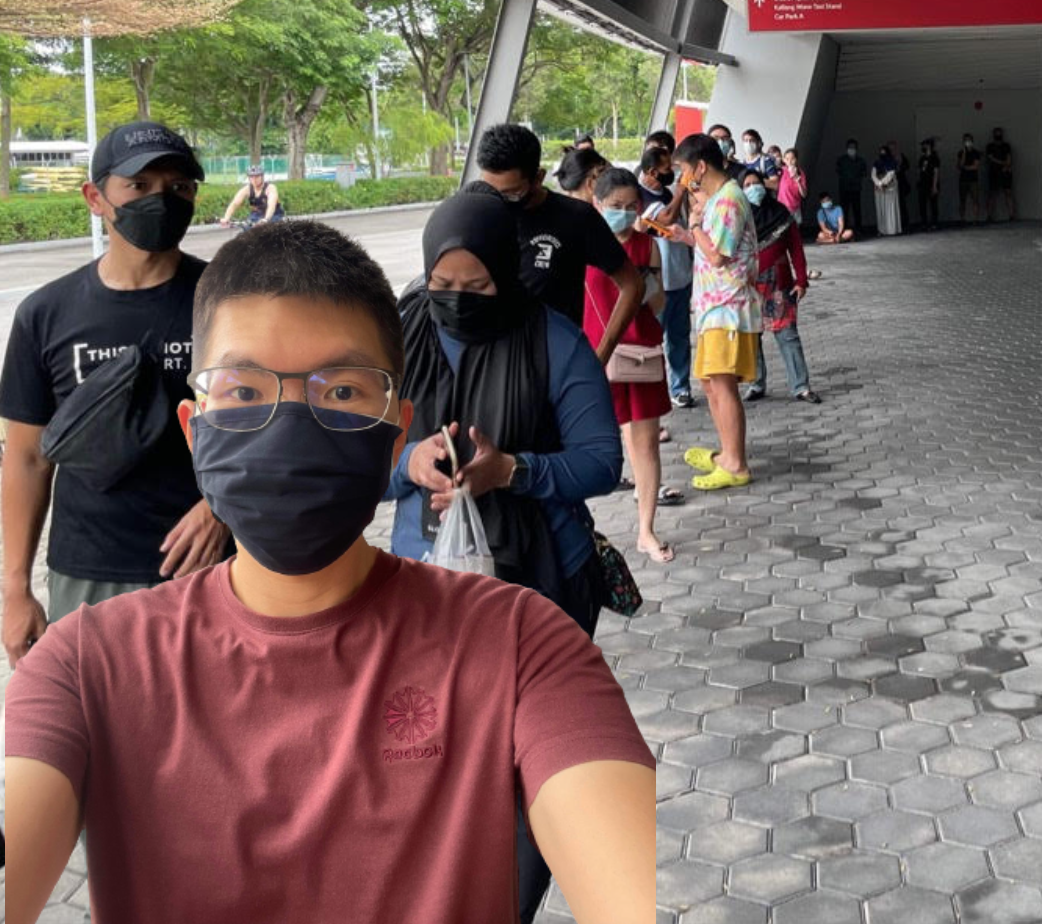 On 19 December, Lions die-hard fan Sunny Liew was eagerly waiting for an email from Suzuki Cup 2020 ticketing agent Ticketmaster to purchase his tickets online for the semi-final clash between Singapore and Indonesia.

But when the email did not come through, he decided to journey to the box office at the Kallang Wave Mall at the Singapore Sports Hub to buy his tickets for the second leg semi-final between Singapore and Indonesia on 25 December.

When he reached the Mall at about 1pm, he saw a snaking queue which stretched from the box office all the way to beyond the President’s Ayam Penyet.

But that did not deter him from remaining in line for almost two hours.

‘I just want to support my Singapore team,” said Liew, an IT Professional.

He said that the fans in the queue were patient, kept their distance from each other, and were also being eyeballed by social distance ambassadors.

In fact, Liew was also in the long line of queues which snaked around the Jalan Besar Stadium for the 2012 first leg final between Singapore and Thailand.

That time around he was not lucky enough to get his hands on any tickets.

His patience paid off on 19 December though, as he was able to get his seats for the second leg of the semi-final between the Lions and the Garudas which will be held on Christmas Day after remaining in the queue for two hours.

He will not be able to attend the match on 22 December due to other commitments.

He also added that he was touched by Lions coach Tatsuma Yoshida’s post-match remarks and had a message for the Japanese.

The Lions coach lost his cool and appeared exasperated when he was asked about the boos which rang out at the National Stadium after the Lions’ 2-0 loss against a reserve Thai side.

“Even though some may not be so supportive, many of us are still passionate towards our national team,” he said.

And on the eve the Lions first leg semi-final, its first showing in the last four since 2012, Liew also wanted to share a message with the Lions.

“Singapore football fans will never give up.

“We just need the players to have faith in themselves and see to improve their skills and results,” he said.