Lion City Sailors cannot use Bishan Stadium again as its home base for 2022. 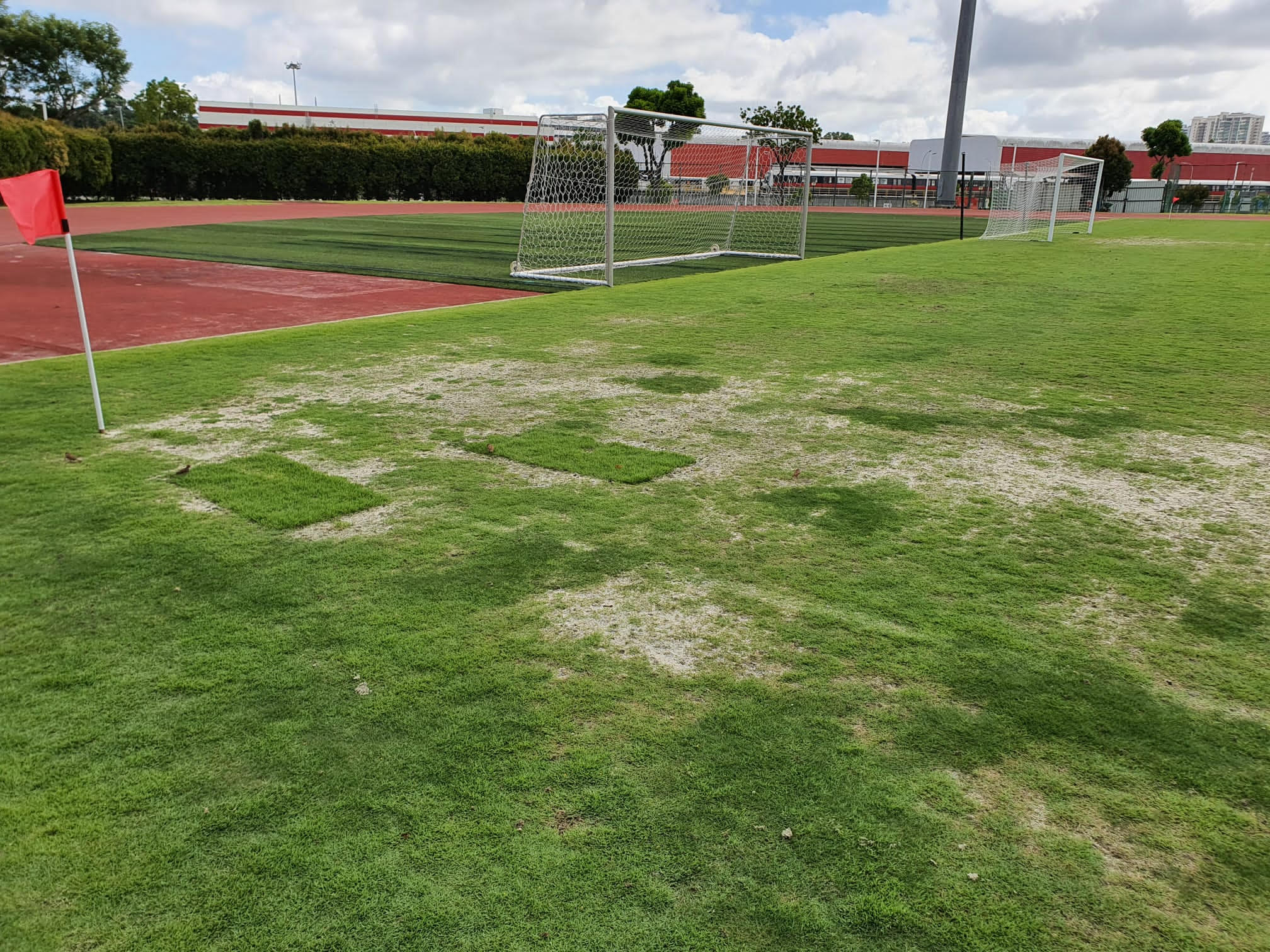 The Lion City Sailors will not use Bishan Stadium as its home base again for the upcoming 2022 Singapore Premier League season.

No thanks to the natural turf being badly torn up because of the Suzuki Cup 2020 competition.

Photos from Bishan Stadium taken on 7 January illustrate how poor a state the pitch is in despite having been laid recently in 2021.

See photos sent in by a TMSG reader.

Suzuki Cup Group B matches involving Malaysia, Vietnam, Indonesia, Laos and Cambodia were held at the Bishan Stadium with Group A matches being held at the National Stadium.

The Sailors utilised Jalan Besar Stadium as its home stadium for the entire 2021 season, as the pitch at Bishan Stadium was being replaced by facility owner Sport Singapore.

Bishan Stadium was then certified as a venue for the Suzuki Cup 2020 which Singapore hosted but as a result of the competition, the turf is now deemed unplayable, while checks are made on the pitch.

The Sailors had already started using the badly cut up pitch for its pre-season training, and have now been told to stop its field activities.

In response to queries by TMSG, Lion City Sailors CEO Chew Chun-Liang did not hide his disappointment about the state of Bishan Stadium.

He said that “we regret that it has come to this, especially after the club has played away from our Bishan Stadium home for the entirety of the 2021 season to allow for works to be carried out on the Bishan pitch” and that it was especially disappointing because not being able to use Bishan Stadium as its home base affected the club on various fronts.

“We were in the process of planning a matchday experience at Bishan that will enhance the fan-experience of the Singapore Premier League, building on the heartening support that we witnessed on the stands across the SPL last season,” he said.

“These plans were made with a return to Bishan in mind – and included efforts to improve broadcast options – but we will now pivot to adapting these for Jalan Besar Stadium instead.”

What was more damaging was the disruption in its plans for club’s appearance in the Asian Football Confederation Champions League (ACL) competition, with Chew stating that the inability to use Bishan Stadium will “affect our preparations”.

“Our technical team is expecting to play on grass pitches when we fly the Singapore flag at the continental competition, and being able to train and play on a similar surface can only help our cause.

“Our maiden appearance in the ACL is a significant milestone for the club – we will not just be able to test ourselves against the Asian benchmark, but will represent our country against the region’s best football teams.”

Chew added that the Sailors are “close contact with Sport Singapore and the Football Association of Singapore to explore options for a training venue with a grass pitch” and that he is “confident that working hand in hand with our partners, we will be able to at least find a training option that will help mitigate the impact of this development.”

It is understood that the FAS’ training ground at Geylang is being offered to the Sailors as a training venue.

“We ask our fans for their understanding in this matter as we iron out the issue,” Chew said.