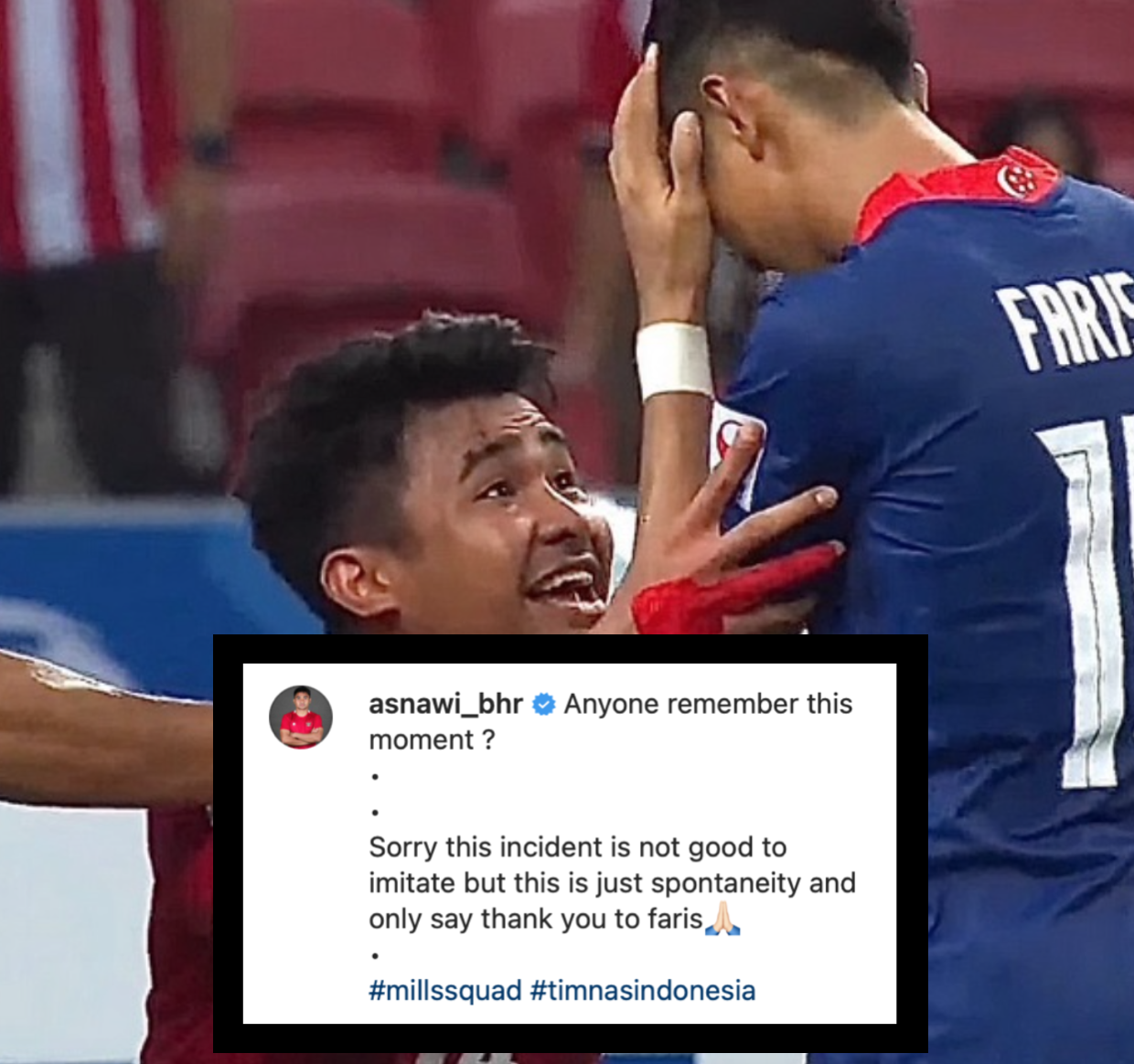 One month after he was famously photographed mocking Lions winger Faris Ramli after the latter missed a penalty in the dying minutes of the second leg of the Suzuki Cup semi-final, Indonesian skipper Asnawi Mangkualam has posted about the incident on his Instagram handle.

In his post, Asnawi said that he was only thanking Faris for missing the penalty, which somewhat confirmed that he was mocking the Lions winger following the miss.

He said “sorry, this incident is not good to imitate but this is just spontaneity and only say thank you to Faris.”

In response, Lions defender Safuwan Baharudin put up an Instagram story and called his explanation “a joke”.

When the incident happened, the score at the time was 2-2 and Singapore’s Lions were down to 9 men with Safuwan and Irfan Fandi having been sent off.

Converting the penalty which was gifted to Singapore would have meant that Lions could have well pipped the Indonesians to make the final, with only minutes left on the clock.

However, Faris missed and the Indonesians went on to score two more goals in extra-time.

The Garudas qualified for the finals but did not manage to get the better of Thailand, and are still waiting for their first Suzuki Cup trophy after 25 years.

Incredibly, the ASEAN Football Federation accorded Indonesia with the competition Fair Play award after the finals.