He once played on for 3 months with a fracture in his metatarsal. 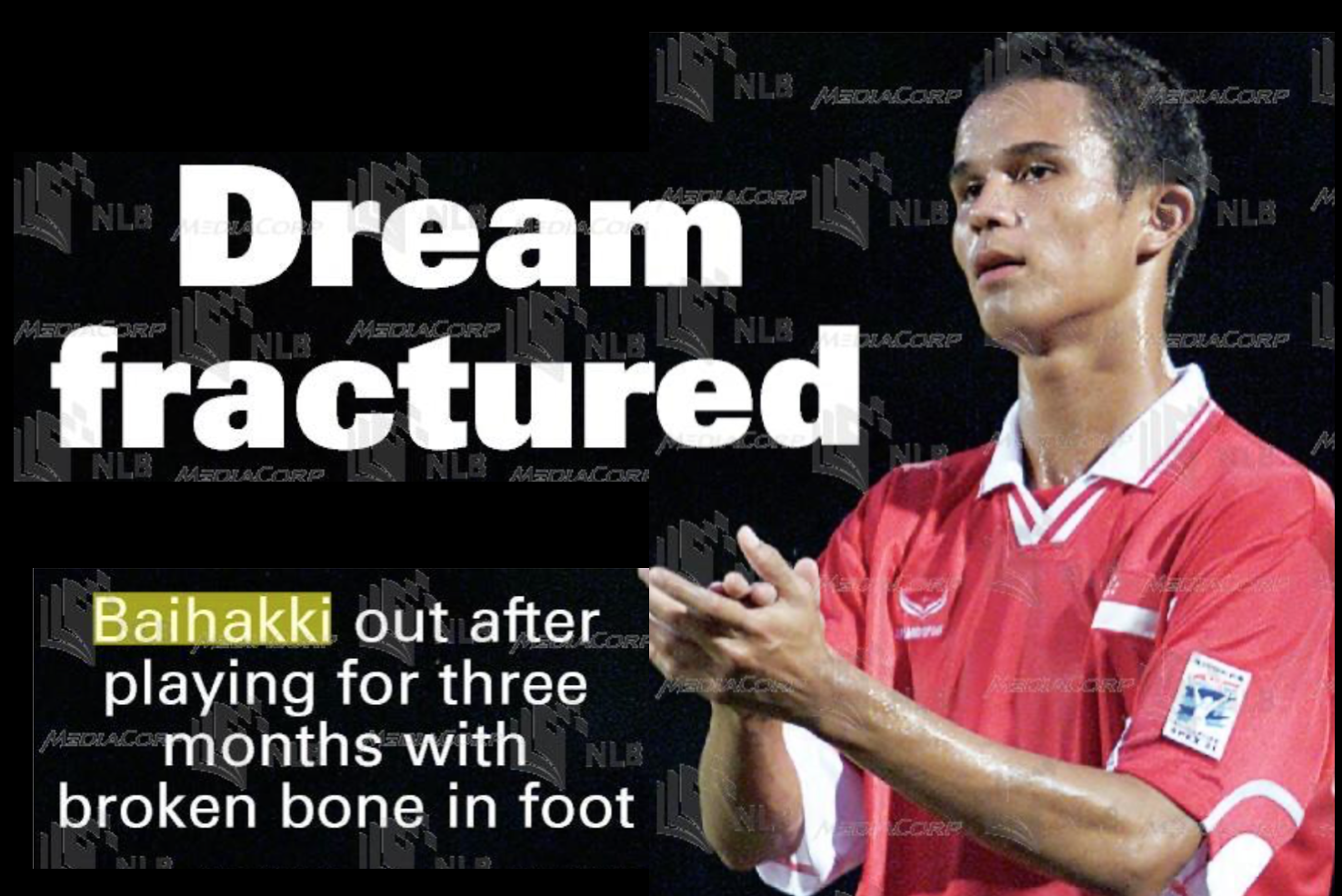 He was only 18 then, and a member of the National Football Academy.

Not wanting to lose his place in the national team for an upcoming Asian Under-20 qualifying tournament which Singapore was hosting in March 2002, Baihakki Khaizan played on despite having a fracture in his metatarsal for almost three months.

Until it was discovered during a routine medical examination.

“I thought the pain would go away,” Baihakki had told TODAY then.

“Never did I imagine my foot was fractured.”

“I also wanted to keep my spot in the national team for the tournaments.

“But I look back now and realise that I was foolish.

“I could have ruined my future.”

But that did not stop Baihakki from carving out a career which spanned 20 years.

A year and a half later, Baihakki was called up to the Lions side, and found himself alongside the likes of S Subramani, Daniel Bennett, Aide Iskandar and Indra Sahdan.

As a national player, he racked up a total of 142 caps in a Lions jersey which spanned 18 years, making his international debut in August 2003 under Radojko Avramovic in a match against Hong Kong.

A year later and still only 20, he had become a mainstay of the squad.

And not many football fans will forget how Baihakki’s goal in the final minutes of the 2012 Suzuki Cup final helped Singapore secure a 3-1 victory over Thailand, which eventually ended up as the winning goal over two legs.

However, the name Baihakki Khaizan will not be see on a match day team sheet any longer.

Already on the cards since the end of the 2021 season, now 38-year-old Baihakki confirmed his retirement from playing on social media on his 38th birthday on 31 January 2021.

Also included was a 51-minute long video which had various people sending him their greetings, including the Tengku Mahkota of Johor Tunku Ismail Sultan Ibrahim and Singapore’s Minister for Culture, Community and Youth Edwin Tong.

His last port of call was Tampines Rovers, where he spent almost two seasons at after returning to Singapore from Thailand’s PT Prachuap.

He had announced his international retirement in March 2019 but agreed to a national recall by Tatsuma Yoshida for the 2022 World Cup qualifiers.

It is also understood that he was hoping to be called up for the Asean Football Federation Suzuki Cup at the end of last year, wanting to be part of the tournament which he had won three times under Avramovic in 2004/5, 2007 and then in 2012.

But the swansong was not to be, disappointingly, as Baihakki spent his tournament among the VIPs in the National Stadium suites instead.

Baihakki is now expected to take on a role as a football ambassador, as he begins his football life outside of the field.

On the field, Baihakki has sealed his reputation as one of Singapore’s football legends.