Announced one month ago as General Manager of Geylang International. He has now apparently resigned. 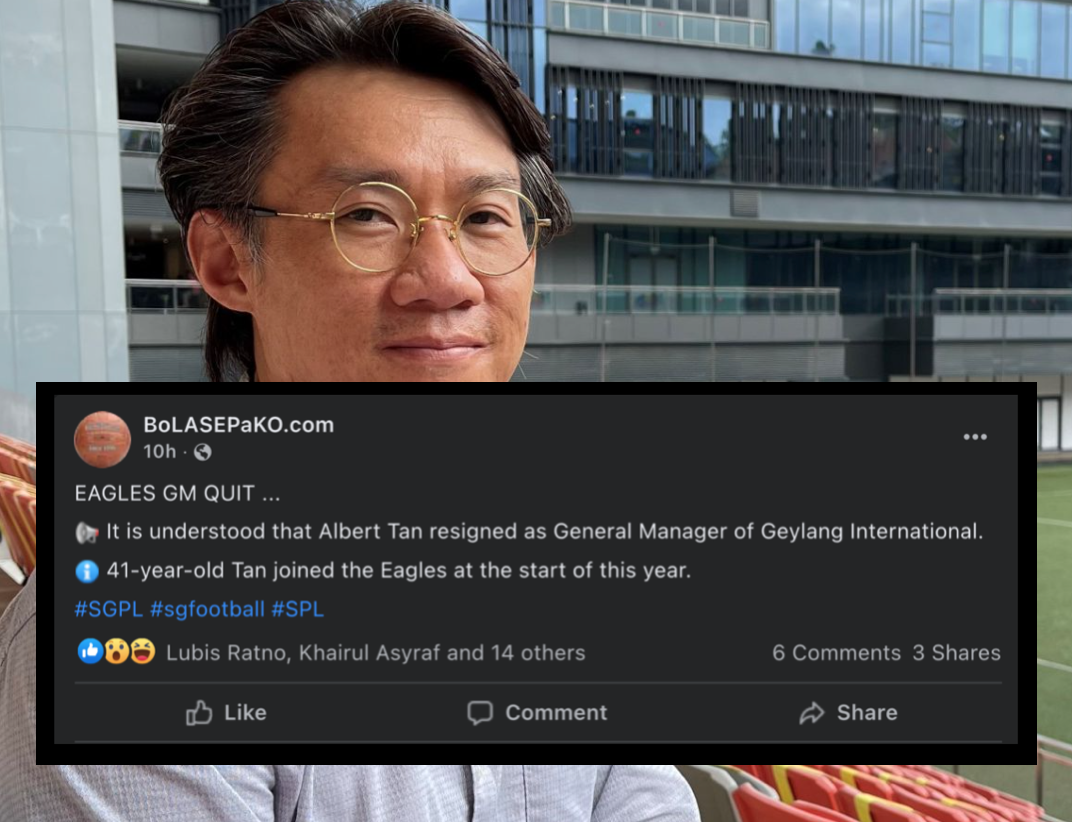 It was barely a month ago that Singapore Premier League side Geylang International announced that the appointment of Albert Tan as its General Manager.

However, just one month on, it has now surfaced that Tan is no longer with the Eagles.

The information was first relayed by sports agent Khairul Asyraf in a tweet.

He did not name the club though.

It was then repeated by football blog Bolasepako.

Geylang International has not responded to the online speculation as yet, nor has it confirmed or denied the resignation.

When he was announced as the GM, Tan was said to possess a decade of business operations experience in the sports and leisure industry.

When he was appointed, Tan said, “I’m very excited to be joining Geylang International and getting involved with Singapore’s football in my new role” and that “these are exciting time (sic) for local football and I’m looking forward to further raising the profile of the club and creating more value for our sponsors and more excitement for the fans.”

It is not known what has triggered the alleged resignation.

Tan’s name is still on the club’s website under its management team.