Young Lions grab draw in sixth minute of time added on in opening match against Laos. 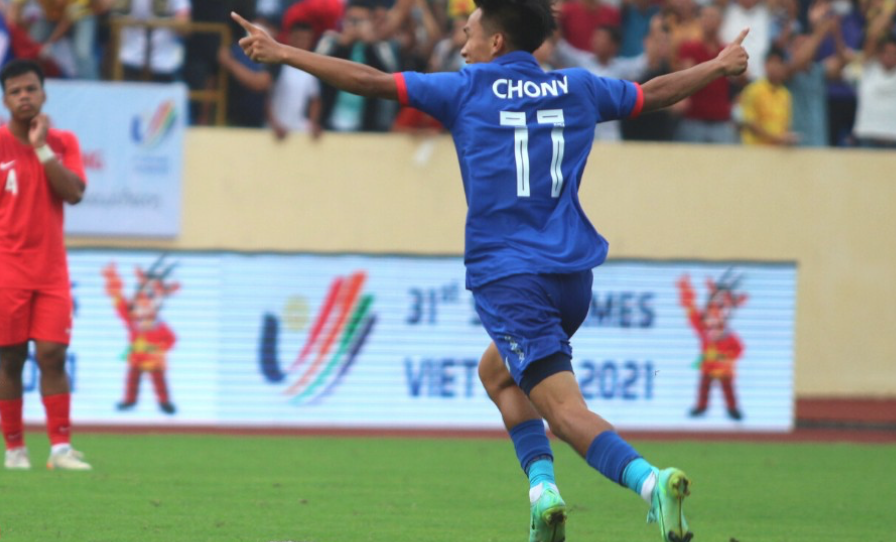 They waited right till the death to salvage a point as Jordan Emaviwe saved Singapore from what was almost going to be a disastrous start to their Southeast Asian Games campaign in Vietnam.

Ất the Thiên Trung Stadium in Nam Dinh, goals by Laos’ Ekkamai Ratxachak and Chony Wenpaserth in each half almost condemned Nazri Nasir’s Young Lions to the ignominy of losing to what has always been considered one of the region’s whipping boys.

But substitutes Glenn Kweh and Emaviwe waited till the final five minutes of the match to give Singapore a share of the spoils in Group B.

Laos has never beaten Singapore in the history of the SEA Games ever since the competition had been switched into one which involved U23 players.

Former Tanjong Pager United coach called the result a “disaster”, in a Facebook post when the score was 2-0 to Laos.

With a new coach at the helm in the form of Hans Michael Weiss, Laos went in for the kill and almost came close to giving Nazri a headache to deal with.

The Young Lions defensive frailties were suspect as the speedy Laotians kept driving forward and after only after 15 minutes of play, Ekkamai struck the back of the net.

With Thailand and Malaysia still yet to come, Nazri can breathe another day, especially at the way his charges did not give up despite being down a pair with minutes to go.

He kissed the ground in relief after the match, probably realising how Emaviwe saved his skin.