Fans diss Young Lions even though they pulled off a 2-2 opening match draw against Laos. 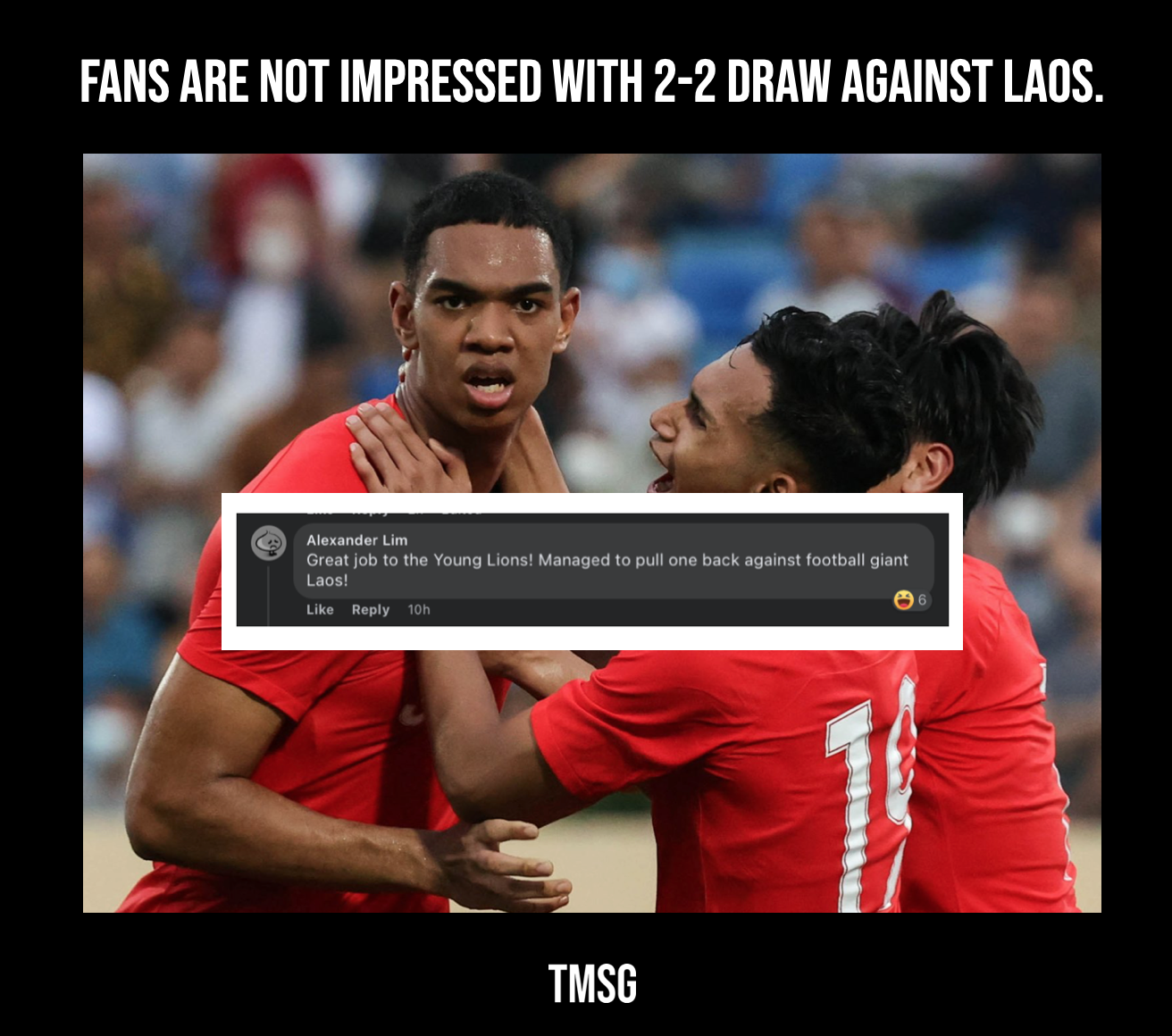 A last gasp equaliser by Jordan Emaviwe gave Singapore a 2-2 draw in its opening tie against Laos on 7 May as Singapore began its quest for the elusive Southeast Asian Games football gold medal in Vietnam.

On a positive side, the Lions avoided defeat albeit at the death.

On the flip side though, it was Laos which was on the field and not Vietnam or Indonesia, or Thailand or Malaysia.

And while coach Nazri Nasir should be proud that his substitutes saved his skin, fans unfortunately are not too impressed wth the performance of the Singapore side after match day one and have left negative comments on the Football Association of Singapore’s Facebook page.

To recap, goals by Laos’ Ekkamai Ratxachak and Chony Wenpaserth in each half almost condemned Nazri Nasir’s Young Lions to the ignominy of losing to what has always been considered one of the region’s whipping boys.

But after a series of substitutions with only minutes left on the clock, both Glenn Kweh and Emaviwe earned the Young Lions a point, with Emaviwe’s flick in the sixth minute of time added ending up as the life saver.

Fans, unfortunately, decided to let off their steam with loads of unsavoury comments.

Nazri will have only a day to regroup and lead his team out against regional kingpins Thailand on 9 May.

The Thais are currently at the bottom on Group B after a 2-1 loss against Malaysia in their opening match.

Singapore’s Young Lions are in second spot with a point.