No Irfan. No Ikhsan. No hope? 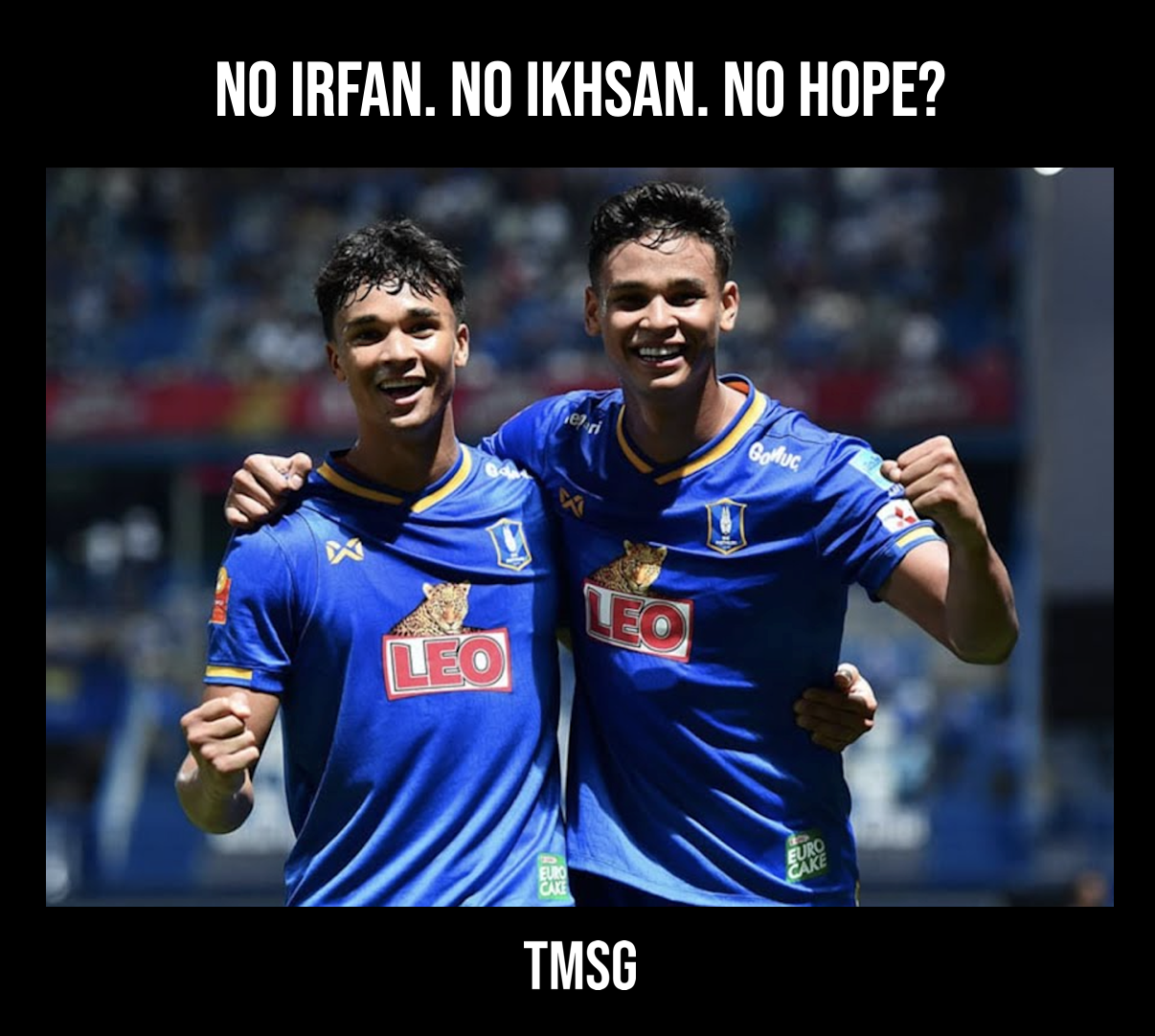 The Singapore national U23 men’s football squad have been dealt a huge blow before the upcoming Southeast Asian Games in Vietnam.

On 30 April, Young Lions coach Nazri Nasir made public his traveling 20, with both Irfan Fandi and his younger brother Ikhsan Fandi omitted from the squad.

The Football Association of Singapore (FAS) revealed on its website that Irfan and Ikhsan have not been released by their Thai club BG Pathum United because the biennial SEA Games “falls outside of the official FIFA window.”

Singapore is in the same group as Thailand for the SEA Games men’s football tournament.

Singapore’s performance at the SEA Games have been abysmal since a bronze medal in 2013 in Myanmar.

The Young Lions have failed to exit the group stage and make the final four over the last four editions of the SEA Games consecutively since 2015.

And the absence of Ikhsan especially is surely a dent on the Young Lions’ hopes.

“We may be missing some key players like Jacob and Ikhsan unfortunately, but the team’s morale and belief remain intact, with a clear focus on the job at hand,” he is quoted on the FAS website.

“I am extremely pleased with what I have seen during the SPL from the likes ok Jordan Emaviwe and Zikos (Chua), and I am confident they will rise up to the challenge against the Asean teams.”

“The final 20 players were selected because they fit well into our philosophy and have shown their versatility where they can play multiple positions.”

“With the short window in between games, this is important should there be injuries or unforeseen circumstances such as Covid-19.

“Most importantly, all 20 players have shown maturity to deliver both on and off the pitch and I believe they will do Singapore proud with their performances and their conduct.”

The Young Lions will play four matches within a week at the Thien Truong Stadium in Nam Dinh in Vietnam against Laos (7 May), Thailand (9 May), Cambodia (11 May) and Malaysia (14 May).