One week preparation not enough? Will two weeks be enough then? 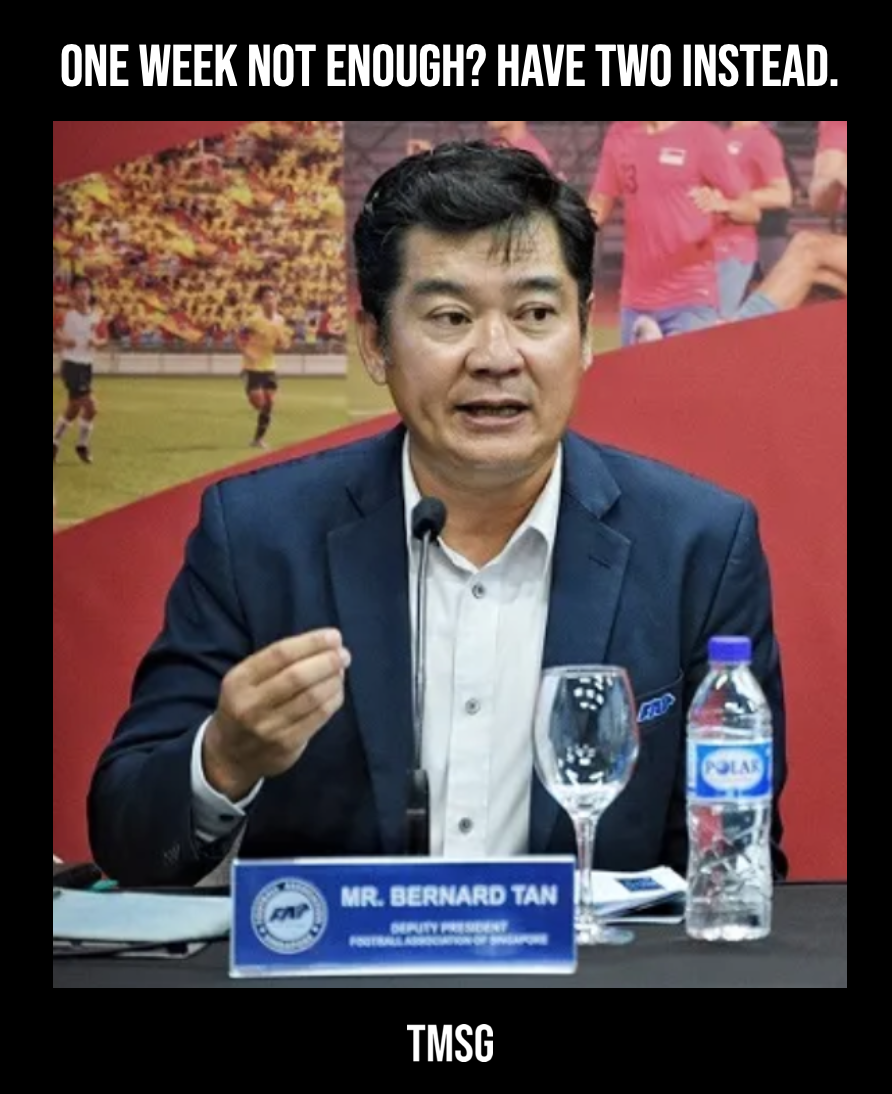 The Football Association of Singapore (FAS) Deputy President Bernard Tan has responded to Young Lions coach Nazri Nasir’s complaint of not having enough time to prepare for the Southeast Asian Games.

Not following? A quick recap.

In an interview with the Straits Times published on 24 May, Nazri complained that he did not have enough time to prepare the team for the Vietnam SEA Games.

He lamented that had a week to train with his full team, even though the bulk of the players were from the Young Lions, who participate in the Singapore Premier League.

The Young Lions were booted out after the group stage, and only managed one win and two draws out of four matches, with the only win coming against Cambodia.

“We need the players to gel together,” Nazri said.

“If we could have played more matches or had a (longer) training camp, it would have been better.”

Following his comments, FAS Deputy President Tan asked in the Facebook post that the “elephant in the room” be addressed following the story published in the Straits Times.

It also looked like as though he was taking umbrage at the way the journalist wrote his story.

“If you ask an international coach if you need more preparation time, he would be silly to say no,” Tan says in his post.

“No amount of preparation time would be sufficient.”

He then goes on to discuss the amount of time given to teams to prepare for most major tournaments, including the forthcoming scheduled World Cup.

The SEA Games falls outside the FIFA windows, and hence the comparison is moot.

And while Nazri complained that he only had one week to prepare for the SEA Games, Tan added that he “personally would like this to be up to two weeks or 14 days, allowing 3 warm up games”.

He does not say anything else, especially what he will do about the issues which have been raised by Nazri and the fact that the Young Lions have failed to make the semi-finals of the Southeast Asian Games since 2013.

That is actually the real elephant in the room which has still not been addressed.