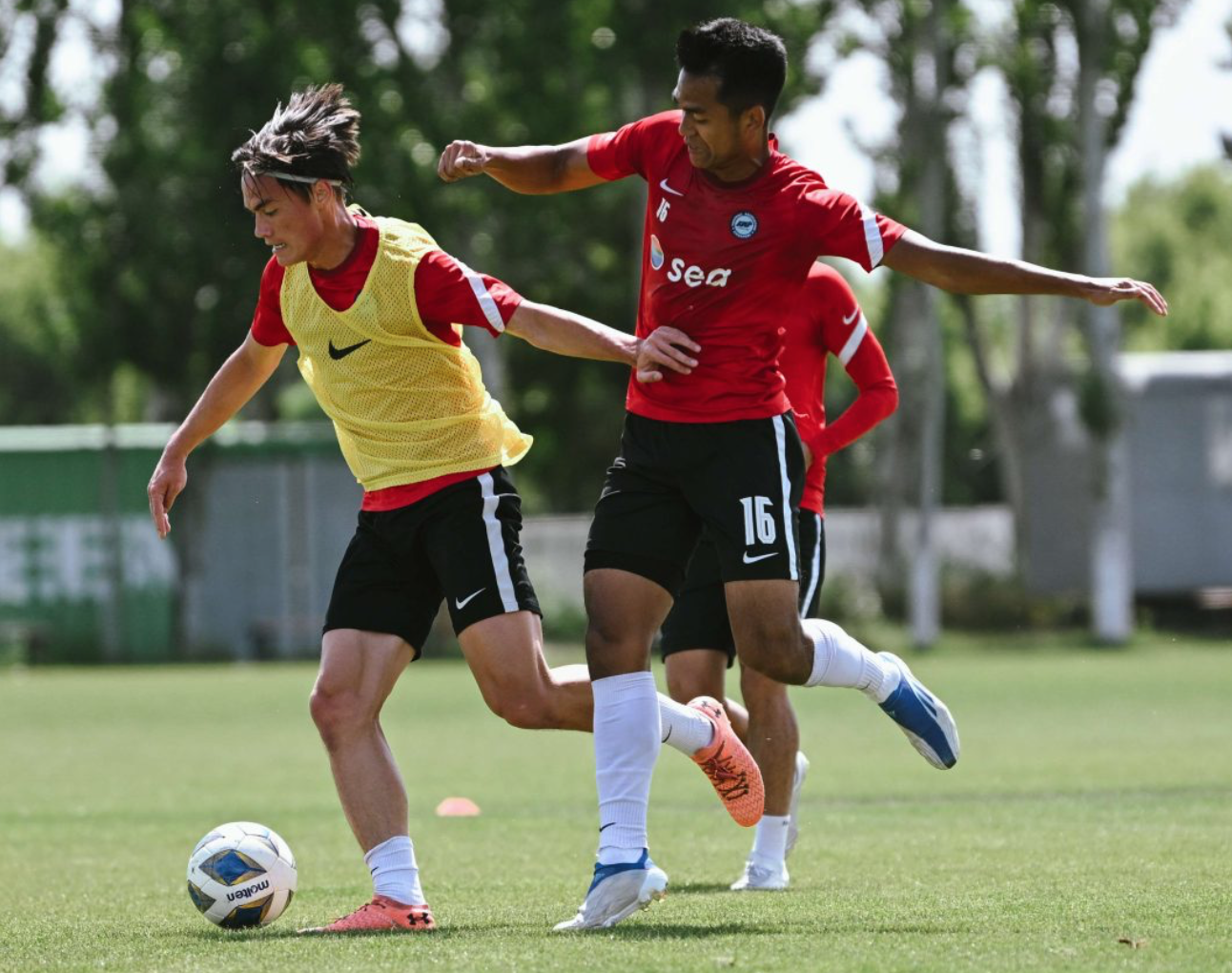 The Lions will miss two of their most seasoned defenders – Irfan Fandi and Safuwan Baharudin – in their final Group F Asian Cup qualifiers when they face off against Myanmar on 14 June.

Both teams have one thing in common – zero points after two defeats on the trot.

And both will be aiming to come off with something to show from Bishkek, in the Kyrgyz Republic.

For Lions national coach Takayuki Nishigaya, this serves as a conundrum.

Should he blood his youngsters like Ryhan Stewart (left above), Ryaan Sanizal, Glenn Kweh and goalkeeper Zharfan Rohaizad?

Or should he stick with the tried and tested, despite their ageing legs?

“Even though we performed well, we could not get the results, so in the next game we have to get the three points,” Nishigaya is quoted on the Football Association of Singapore (FAS) website.

“We have to try to win the game with maximum effort.”

He will certainly need to find able replacements for his backline, with Stewart the most likely candidate to replace Irfan Fandi, who is suspended.

With his composed performances for Tampines Rovers, Sanizal could also be an option for Nishigaya.

Whatever the case, Nishigaya should well be aware that failure to beat Myanmar, whom his predecessor Tatsuma Yoshida got the better off at the recent Asean Football Federation Cup, would not go down well for the Lions fans.

Which is why Nishigaya is in an unenviable position.

Have a story for us? Drop us an email at hello@tmsg.sg