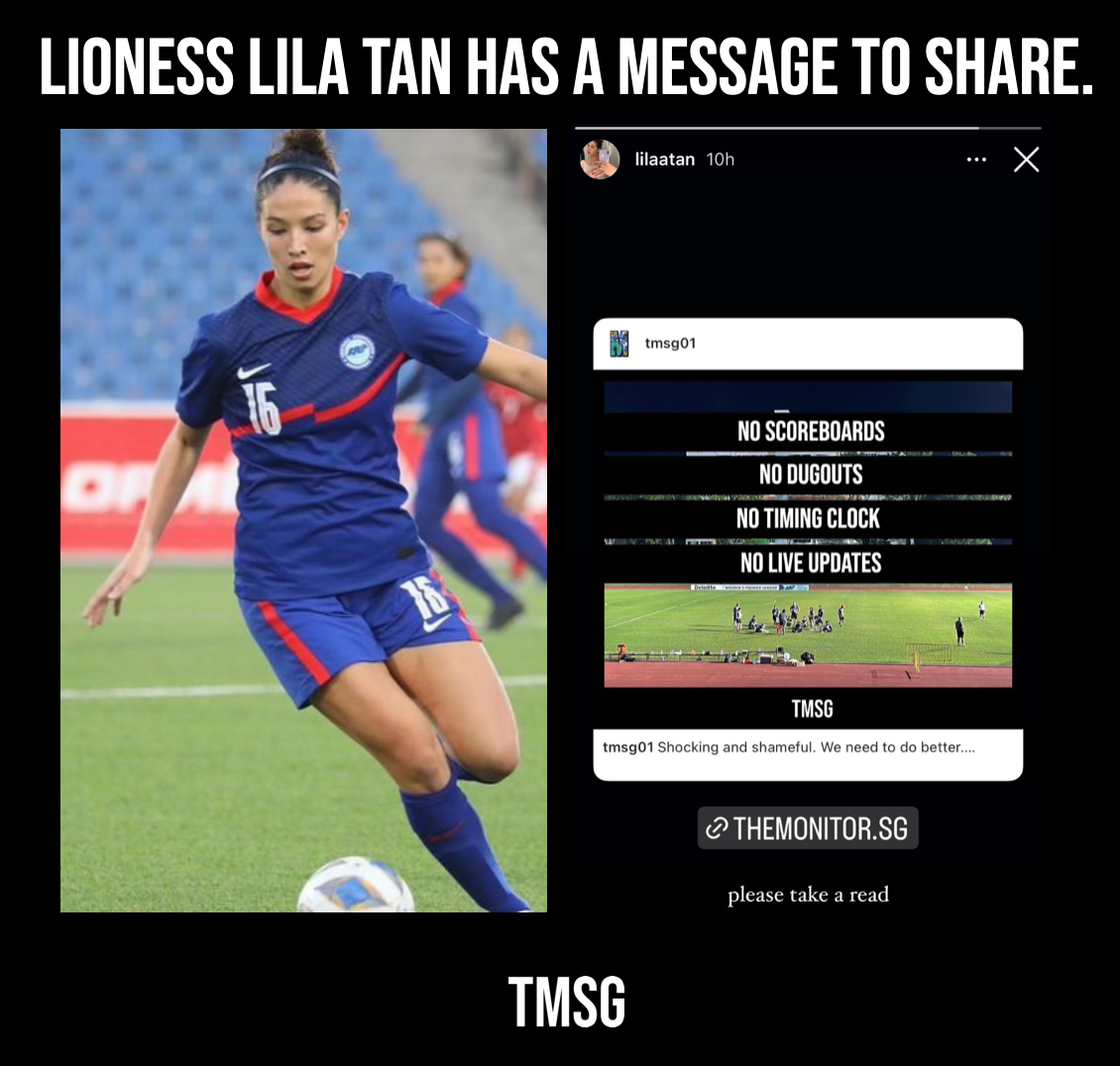 The Lion City Sailors women’s footballer also had a message.

Apart from Tan, other WPL footballers have also reshared the post on their IG Stories, as did alternative news website Wake Up, Singapore.

On 18 July, TMSG revealed how matches in the WPL were being organised at the Yishun Stadium without basic football facilities like a score board, a timing board and a match day announcer.

There were also joggers and children playing around the track area while a WPL match between Tiong Bahru and Tanjong Pagar United was ongoing.

The reserve players and officials on the sidelines did not have proper dugouts and were seated on wooden benches with both teams remaining on the pitch during the half time break and not returning to the dressing rooms.

This was also the case in the match between Hougang United and Albirex Niigata on 16 July at the same venue, as shared by local football fan Lubis Ratno.

Since the first story was published, TMSG has also been informed that the WPL matches are not streamed live on any Football Association of Singapore platform, with questions being raised about how serious is the national body taking over the need to bridge the gap between men’s and women’s football in Singapore.

According to this story, the Football Association of Singapore’s expenditure on women’s football for the financial year ending March 2020 was $542,533 while just over $12.6 million was spent on the professional men’s SPL.

However, in May this year, it was announced that Deloitte Singapore announced a $300,000 title sponsorship of the WPL.

A couple of advertising boards on the field of play showed off Deloitte’s brand at the Yishun Stadium.

It is TMSG’s opinion that Deloitte Singapore are being shortchanged for their service to Singapore football.