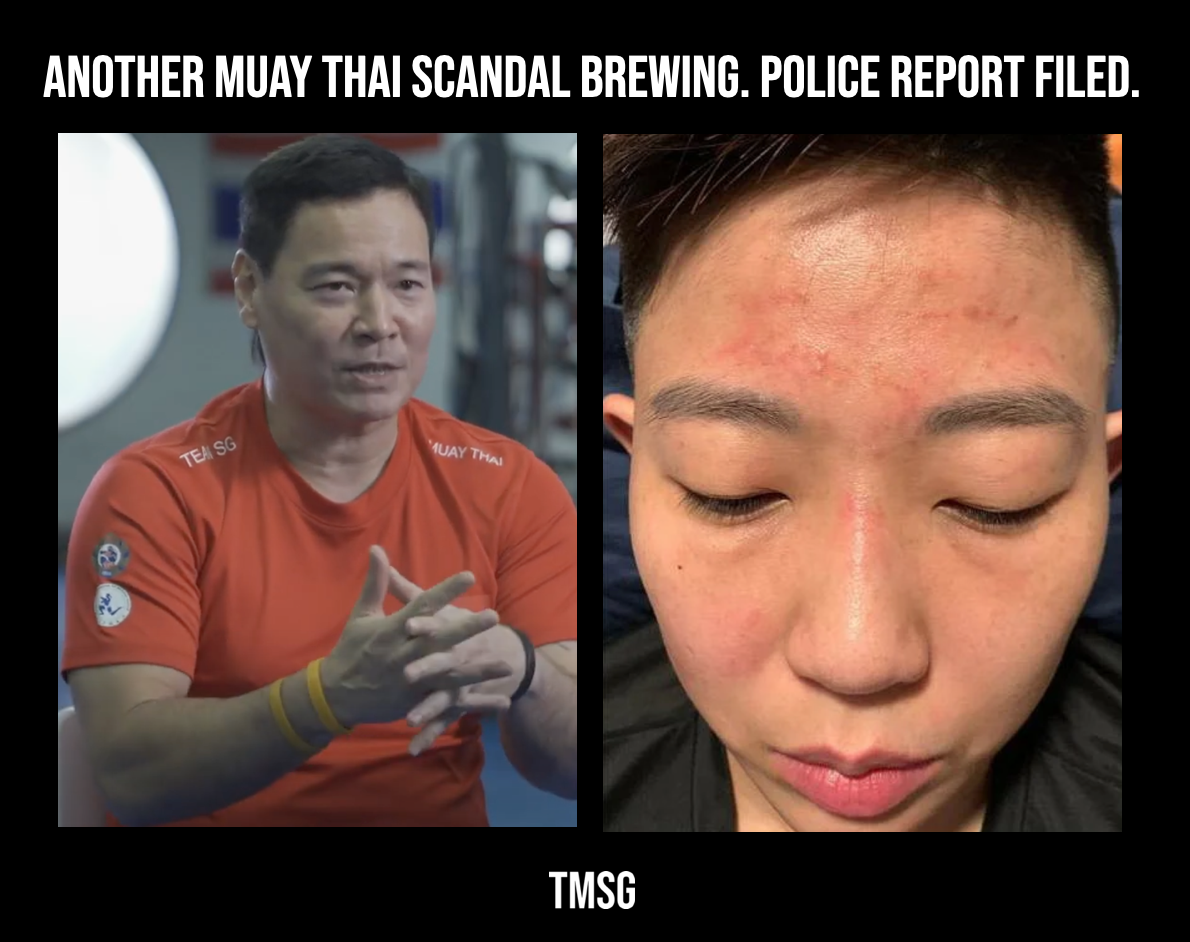 On 30 May, the Straits Times reported that Lena Tan and Bryan Tee have filed complaints with the Safe Sport Commission.

Tan has alleged that she was punched and kicked during a physical assessment conducted by the Singapore Muay Thai Federation (SMF).

She submitted an 18-page report to the Safe Sport Commission, with details including photographs and WhatsApp messages between her and Yap.

A police report has also been filed.

The other athlete Tee has alleged that there was improper and abusive conduct which took place between 2014 and 2017.

Yap (photo below) is again being fingered.

Sport Singapore told the Straits Times that “Safe Sport received complaints from two muay thai athletes in March 2022 and have been in touch with the athletes and Singapore Muay Thai Federation to investigate the matter”.

“As the case is still under investigation, we are unable to share further details.”

The SMF spokesman said it is “currently looking into the matter with SportSG”.

Yap has still not responded to requests for clarifications.

This revelation comes just days after four national muay thai athletes were told by Yap that their trip to the IFMA Senior World Championships ini Abu Dhabi was cancelled a day before they were due to travel.