Forget about a return to the Malaysia Cup. 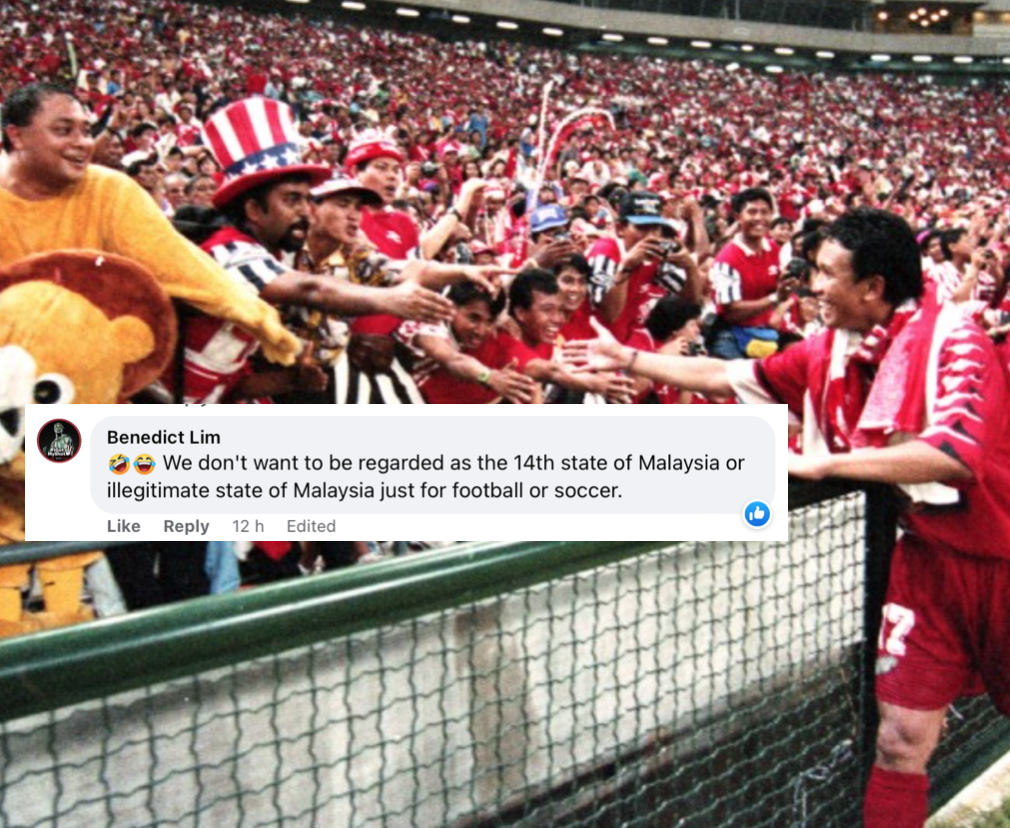 A comment about returning to the Malaysia Cup competition on a TMSG post has led to a fiery exchange among football fans.

More than 130 comments have been posted online to the post.

Most of the comments were unanimous in that Singapore should never consider heading back to playing in the Malaysian league and Cup competitions.

For background, the Malaysia Cup competition began in 1921 and Singapore was the first winner of the inaugural trophy.

The competition grew in stature over the course of the century, and by the seventies, Singapore football fans would throng the National Stadium to catch a glimpse of football icons like Quah Kim Song, S Rajagopal and Eric Paine.

The eighties allowed players like Fandi Ahmad D Tokijan and Salim Moin among many others, to shine and become darlings of many a local football fan.

However, it was not always rosy as Singapore had to sit out the competition from 1982 to 1984.

In 1995, just a few months after Singapore lifted the league and cup double in 1994, Singapore was kicked out of the competition again.

Then after more than 15 years following the exit, Singapore signed a four year deal with the Football Association of Malaysia in July 2011 to have a LionsXII side play in the Malaysian competitions from 2012 to 2015.

The partnership between the two football associations was not renewed in November 2015.

A BIG FAT NO TO A RETURN

One of the most vocal against the return was former Tiong Bahru United head honcho Richard Woon.

His views were echoed by many.

ANYTHING ELSE IS BETTER

However, there were fans who tried to justify the need for a return, given the sort state of football in Singapore at the moment.

John Burridge, also known as Budgie, who was a former goalkeeping coach for the LionsXII, also shared his opinion on the matter.

In as long as Singapore football remains in the doldrums and does not improve, the calls for alternatives will remain.