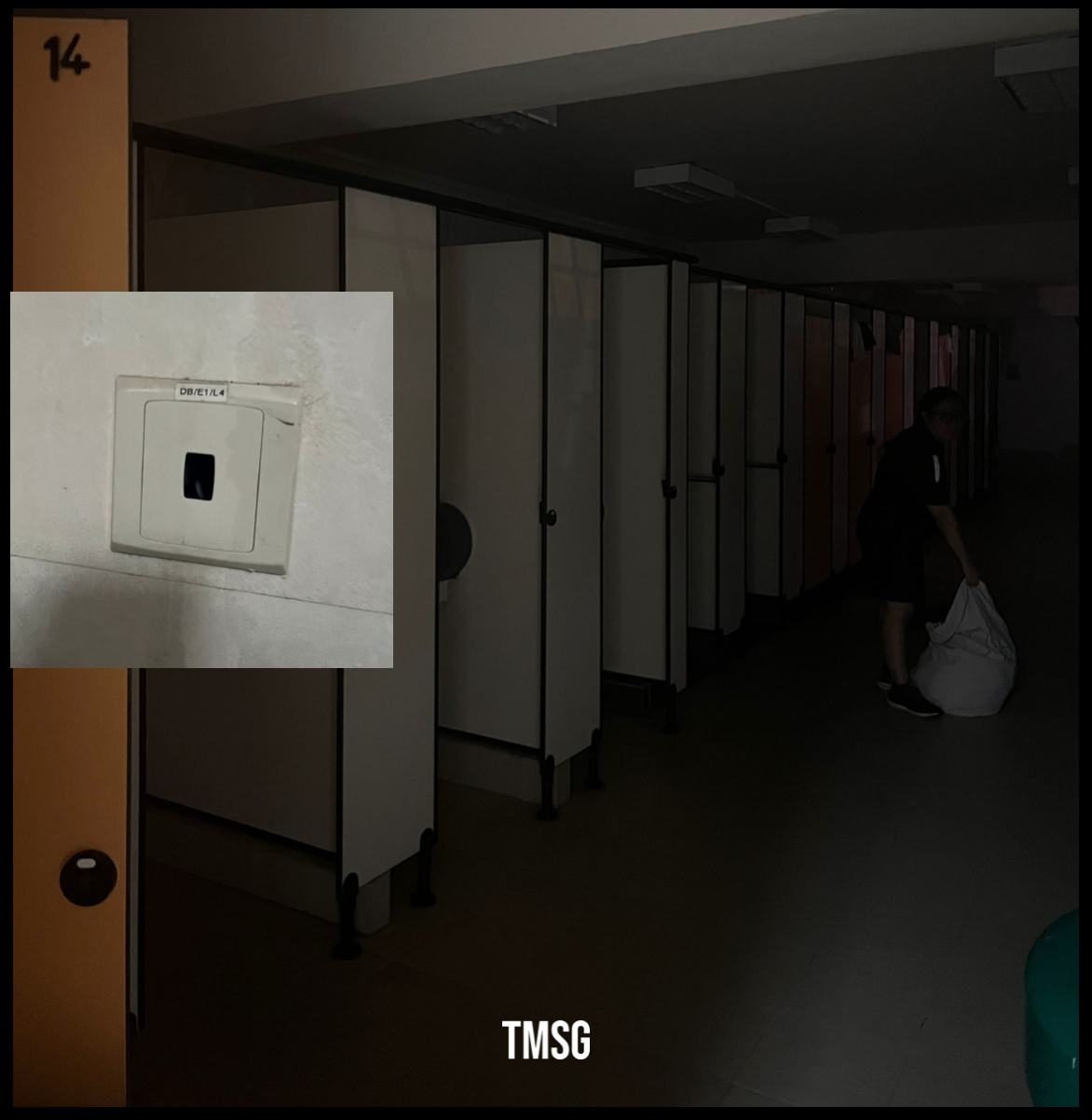 Players from a Deloitte Women’s Premier League (WPL) club in Singapore were forced to change in the public area outside the toilet after their match against Albirex Niigata ended on 14 August at the Yishun Stadium.

The stadium is a Sport Singapore facility and is booked for WPL matches by the Football Association of Singapore.

Photos sent to TMSG showed the toilets in darkness and with the switch not functional. (see below)

TMSG understands that the Lion City Sailors players had to change in the public area outside the female toilet because the toilet was in complete pitch darkness.

Players needed to turn on the lights from their mobile phones just to have any form of illumination in the toilet after the match.

The Lion City Sailors and Albirex Niigata clash was the only match which took place on 14 August at the Yishun Stadium.

The match kicked off at 7pm which means that the earliest it would have ended would have been at about 8.30pm.

TMSG has reached out to Lion City Sailors for a response and will update this story after the club responds.

It is not known if the players from Albirex Niigata also went through the same ordeal at the Yishun Stadium.

Apart from the lack of illumination in the toilet meant for use by the Lion City Sailors players, TMSG also received photos which showed that there were no line markings on the pitch in some areas.

This photo was taken after the Sailors – Albirex match had ended.

This is the latest set of grievances which the players in the WPL have had to endure.

On 18 July, TMSG had shared how there are no scoreboards, no proper dugouts for the reserve players and officials and no timing clock at the Yishun Stadium, which has been dubbed the home of the Women’s Premier League.