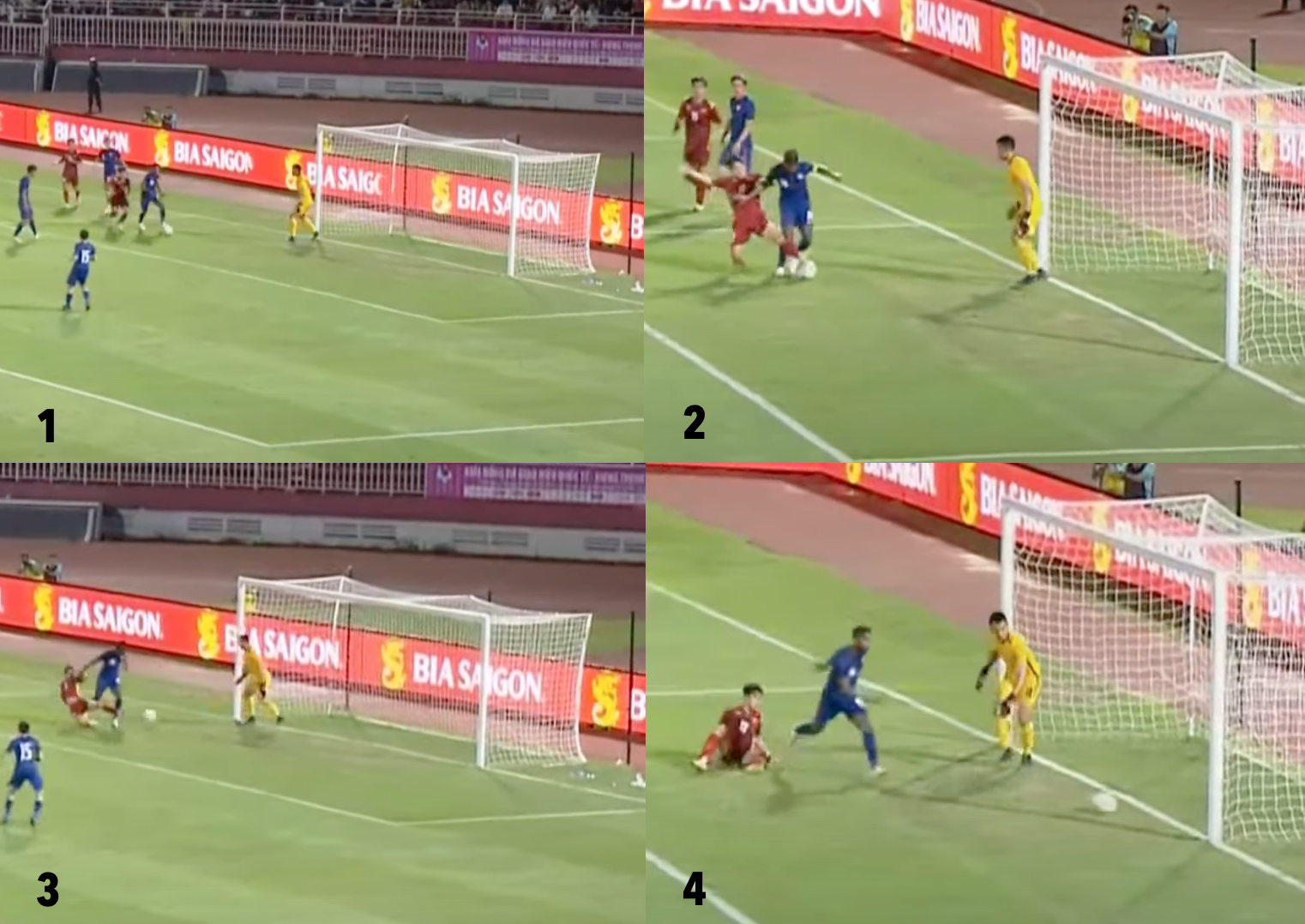 Hariss Harun’s blunder in front of goal which led to Vietnam’s fourth and final goal in the 4-0 drubbing became the hot talking point among football fans and netizens who responded to the scoreline.

Singapore’s Lions fell to an embarrassing but not unexpected 4-0 loss to the regional kingpins in a friendly match in Ho Chi Minh City on 21 September as coach Takayuki Nishigaya gave players like Joshua Pereira, Taufik Sukarno and Ilhan Fandi playing time ahead of Ikhsan Fandi and Irfan Fandi.

Vietnam also fielded a largely experimental side with various players being given debut opportunities, as confirmed by a Vietnamese fan who commented on the Football Association of Singapore post, as if he was trying to rub salt into many a Lions fans’ wounds.

While most Singapore fans felt it was a tall order for the Lions to snatch any kind of result from Park Hang Seo’s Golden Stars, it was skipper Hariss’ mistake in front of goal which became the talking point among fans.

In the 83rd minute, Ryhan Stewart was left for dead on the left flank as he sprinted towards the byline, cutting back only for Hariss to intercept.

Singapore’s number 14 then turned and took the ball in front of Hassan Sunny’s goal while being shadowed by Vietnam’se debutante Khuat Van Khang.

As Hariss moved past Hassan, Khuat stuck his foot in and connected with the ball, which then rolled into the net beyond Hassan’s reach.

Fans reacted with angst and took the brunt of their frustrations on the Lion City Sailors skipper.

The opening goal was scored by the Nguyen van Quyet at the end of the first half.

In post-match comments carried on the FAS website, Nishigaya said, “The higher the level (on the international stage), the more likely we will get punished when we make mistakes.

“We need to maintain our concentration levels at a high standard for the entire game.

“We have to play these (kind of) games (against quality opposition) and we have to get used to this level, so we can prepare well for the ASEAN Football Federation Mitsubishi Electric Cup.”

The Lions will face off against India on 24 September.