We should be so proud of what Singapore has, says ex-Lion Aleksandar Duric. 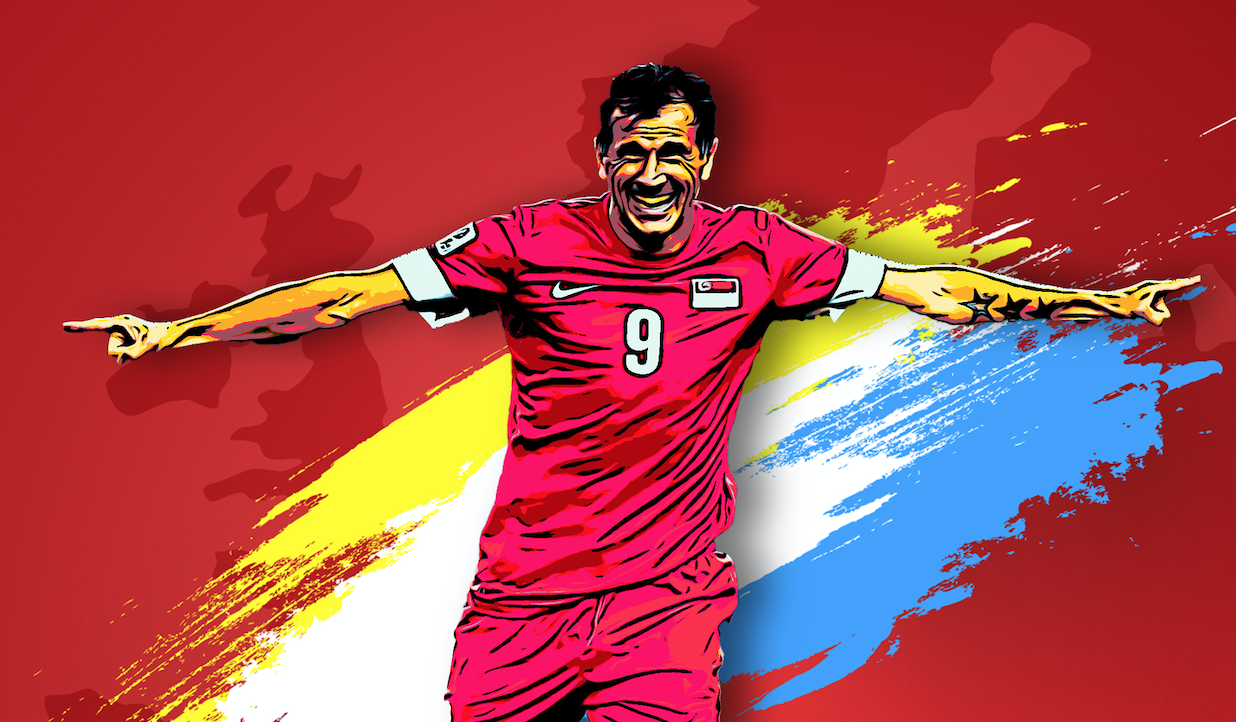 Former national striker and S-League hotshot Alekandar Duric has revealed in a podcast that he is happy with what he has achieved in life and doesn’t regret at any moment his decision to live and make Singapore his home.

“I am happy what I have achieved in my life.

“Small things, but I am still happy,” he said in a podcast interview with One Mic Stand, presented by the duo of Ashraf Mahmud and Abdul Mutalib, in partnership with TMSG.

The first part of the podcast has been loaded, with Part Two due to be released this week.

Duric, who recently turned 51, is currently the Principal of the Active SG Academy and is employed by government agency Sport Singapore.

He first made his football debut in Singapore in 1999 with Tanjong Pagar United, before returning a year later to join Home United in 2000.

The striker then remained in Singapore, spending four seasons in Geylang International and then spending another 10 years with Singapore Armed Forces FC and Tampines Rovers.

He also represented Singapore on 53 occasions under Radojko Avramovic and scored 24 goals in a Lions jersey.

In addition, he holds the honour of being the oldest ever player to score in a Lions jersey, a feat he achieved on 25 November 2012 when he scored Singapore’s third goal in a 3-0 win over Malaysia at the AFF Suzuki Cup at the ripe young age of 42 years and 106 days.

He shares his life history, including parts involving the Bosnian ethnically rooted conflict of 1992, and his strained relationship with his father thereafter, and also his role at the 1992 Barcelona Olympics as a canoeist.

And while referring to the ethnic conflict in his home country, he said that “we should treasure here in Singapore how we live in harmony.”

He said, “We should be so proud what this country (has), people living together and sharing.

“Even at hawker centres, you have all these food.

“I always believe my country would be like that but it didn’t happen.

“I tried to help, it didn’t work, i moved out because i didn’t want to be part of that.

“We should appreciate what we have.”