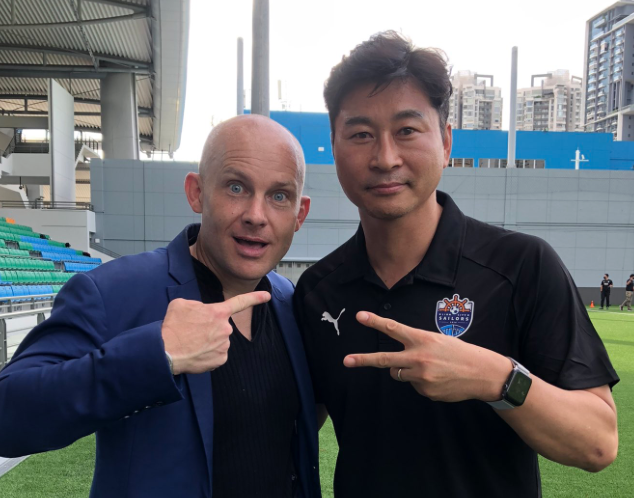 The main ‘voice’ and personality of the commentary of the Singapore Premier League (SPL) matches this season – Patrick Kinghorn – has parted ways with 1 Play Sports, the broadcast vendor for the Football Association of Singapore for the local league.

In response to a query through his Facebook account, Kinghorn confirmed his departure from the broadcast service provider.

He said, “I can only confirm that 1 Play Sports unfortunately informed me they couldn’t afford to pay me and put me on a notice period that ended on June 30.

I can only confirm that 1 Play Sports unfortunately informed me they couldn’t afford to pay me and put me on a notice period that ended on June 30.

“It is obviously disappointing as I am and will continue to be extremely passionate about the SPL and the plans for it’s future.

“I wish all the team at 1 Play Sports every success for the future.”

He recently posted a photo of himself and newly appointed Lion City Sailors coach Kim Do-hoon, after a video interview with the Korean.

Kinghorn’s last video while still working with 1 Play Sports was posted almost a month ago on 14 June which was an interview with Lion City Sailors’ midfielder Hariss Harun.

A member of the team who works closely with Kinghorn said the Englishman’s high-octane levels during commentary virtually brought the matches to life.

“His commentary tone helped to lift the game, and he enjoyed what he did,” he said.