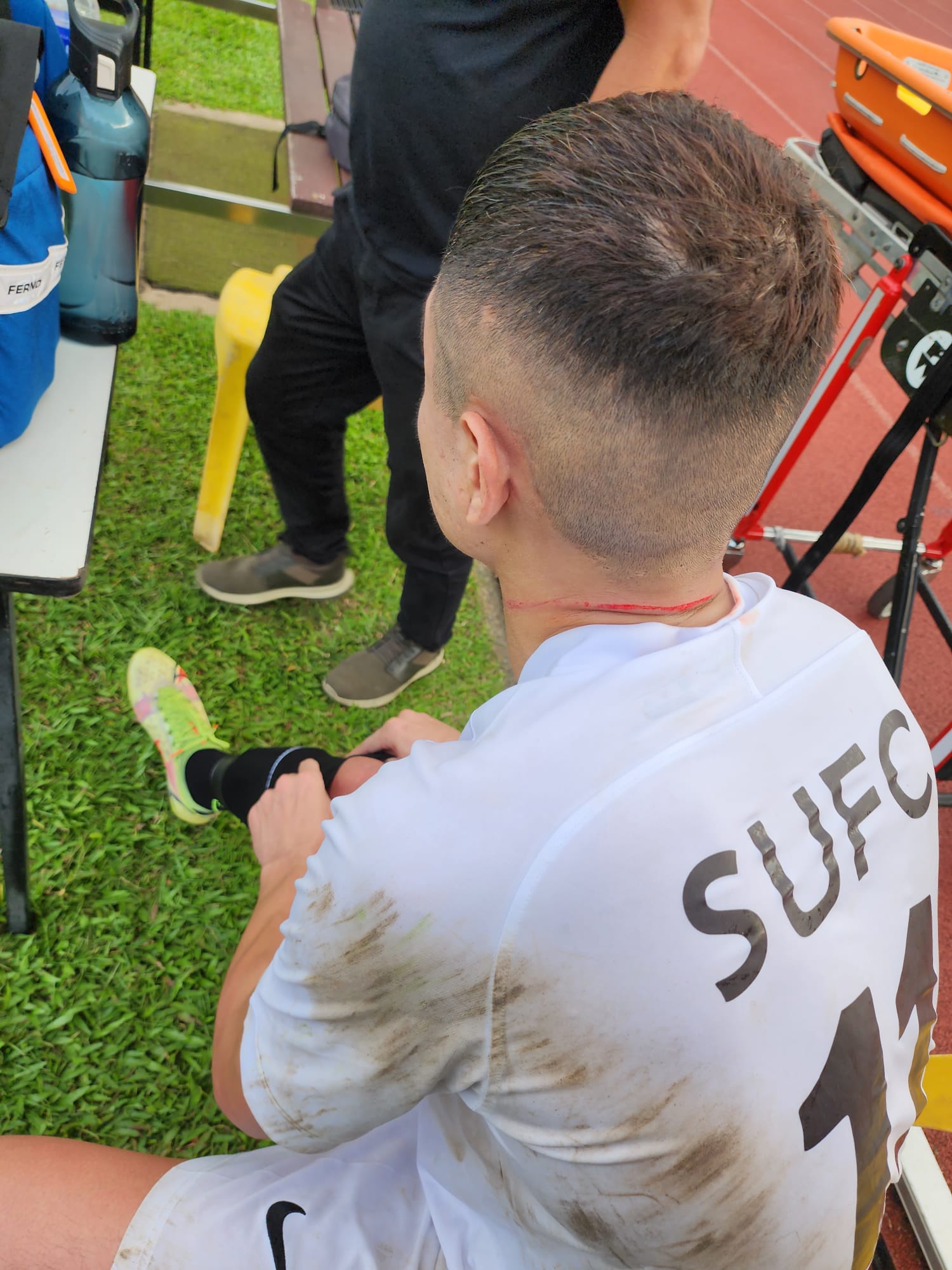 Officials from Islandwide League club Simei United will file a police report on 31 October after one of its players was assaulted at an IWL match against Geylang Serai FC on 30 October at the Bedok Stadium.

Photos submitted to TMSG by a reader a player with a laceration across the back of his neck, with what appeared to be a possible assault with a weapon.

Another photo showed a fan being restrained as he was headed in the direction of Danial Razali, the Simei United player who was allegedly assaulted.

Witnesses TMSG spoke to following the match said that Danial was assaulted as the team was heading back to the dressing room following the end of the first half.

Simei United chairman Faisal Rashid confirmed that a police report will be filed within 48 hours of the incident, but did not given any other information about what happened at the venue.

The match ended 1-0 in Simei’s favour, courtesy of a 67th minute penalty.

A TMSG reader also submitted a video of the off-field scuffle.

INCIDENCES OF POOR SPORTSMANSHIP AND BEHAVIOUR

There have been multiple instances of either poor sportsmanship, traces of fan hooliganism or off-field issues which have descended into chaos across organised football over the last few months, which surely indicate a disturbing trend.

First, the 24 July incident involving Lion City Sailors and Tampines Rovers in which both clubs were fined.

More recently, the police had to be called in to quell the tempest after a league match between Tampines Rovers and Tanjong Pagar United almost turned ugly with Jaguars manager Noh Alam Shah having to be restrained.

If you have any videos of the incident, you can send us via email at hello@tmsg.sg or via DM on our socials.