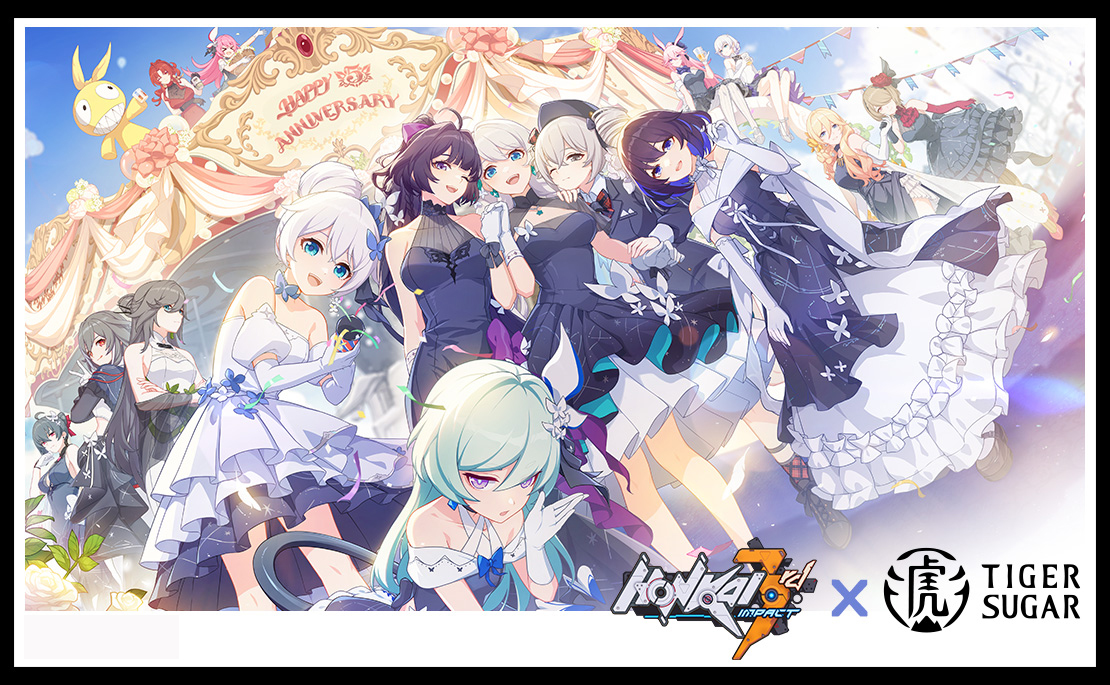 miHoYo, the world-class famous game studio from China, known for making the game “Genshin Impact”, will be collaborating with one of the most influential bubble tea brands in Singapore, Tiger Sugar Singapore, from 13 November to 12 December.

The event producer in Singapore, Mr. Sakito Kong said, “This marks the reopening of ACG (Anime-Comic-Game) collaborations in Singapore.

“Events and overseas collaborations were forced to cease almost for two years due to COVID-19, but media giant like miHoYo finds Singapore as a significantly important strategic country in SEA, so fans should get ready for more “impacts” to come in the near future.”

Honkai Impact 3rd is a 3D action role-playing game that has millions of fans around the world, with an amazing record of being the Top 3 most downloaded games in the app stores among Mainland China, Hong Kong, Taiwan, North America, South Korea, Japan and Southeast Asia.

It is known for its well-designed storylines, game graphics and charming Valkyries characters in the game.

It will be the 1st time Honkai Impact 3rd to collaborate with a bubble tea brand in Singapore while it celebrates its fifth anniversary.

There will be a special collaboration drink – “Five’tasy Anniversary Mochi”, a strawberry-flavoured drink with mochi, strawberries and jelly, to show its appreciation to all Honkai Impact 3rd’s fans.

Also, there will be time-limited special merchandise such as Anniversary special edition cup holders, cup coasters, A4 folders and virtual in-game reward gift cards with terms and conditions.

There will also be a “Cosplay Shop Manager for a day” (一日店长) where mystery cosplay celebrities will show up in one of the outlets and surprise Honkai Impact 3rd and Tiger Sugar’s fans.

Have a story for us? Write to us at hello@tmsg.sg or drop us a message on our socials.