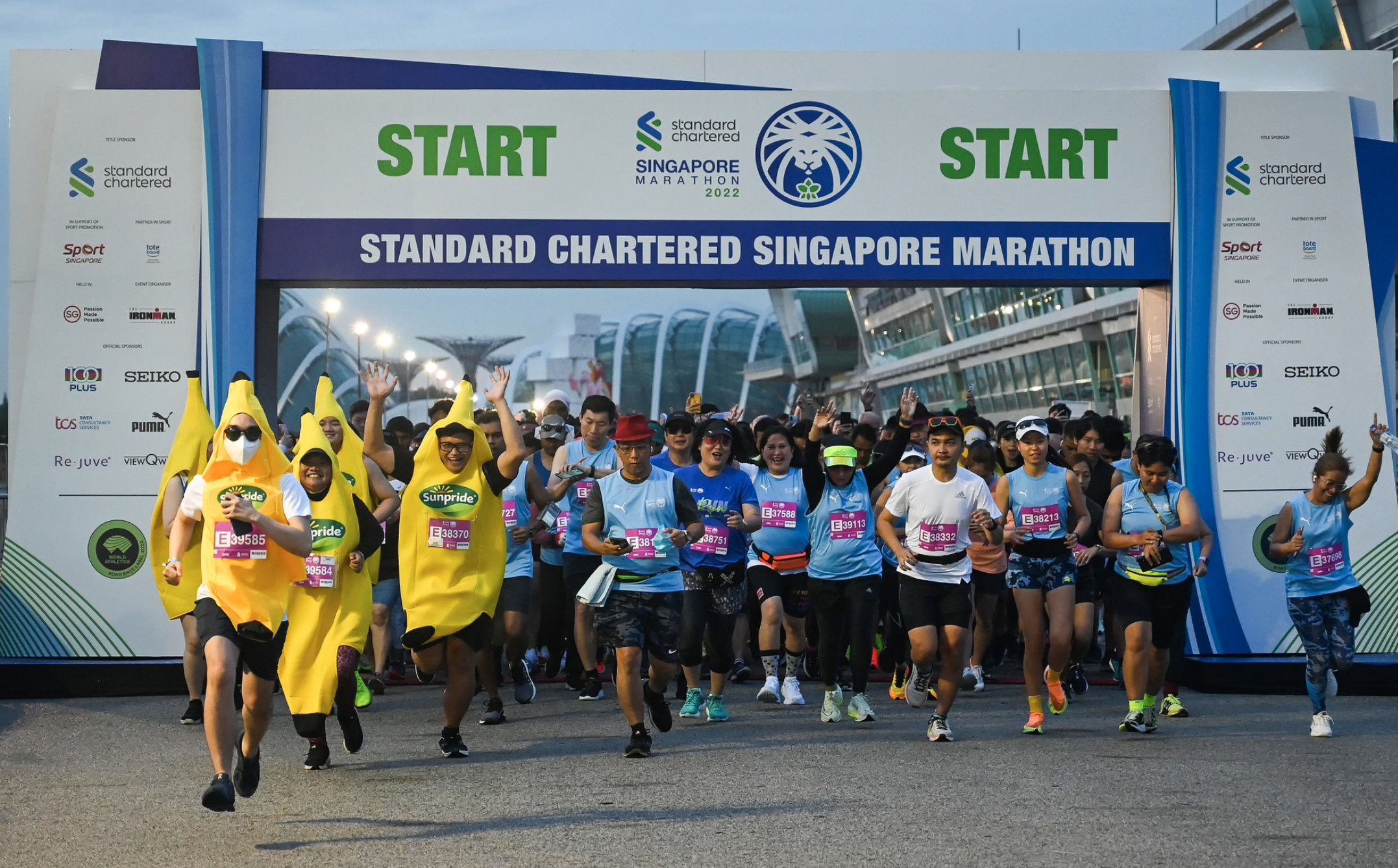 The recently concluded Standard Chartered Singapore Marathon (SCSM) 2022 held from 2 to 4 December was not sanctioned by Singapore’s national athletics body.

TMSG can confirm that the event went ahead without the sanctioning of Singapore Athletics, allegedly due to a differences to what would have constituted a fair sanctioning fee.

It is understood that the sanctioning fee requested by Singapore Athletics –  about $75,000 – was a sticking point.

Sanctioning the event would also have meant that the organisers use officials and equipment provided for by Singapore Athletics, would have been additional costs to be incurred by the organisers.

And because the SCSM 2022 was not listed a Gold Label elite race, it can be argued that it would have not made financial sense for the organisers to have incurred the added costs of the sanctioning fee given that the top runners would not have traveled to Singapore to participate.

At the end of the event, the organisers – Ironman Group – made a donation $50,000 to Singapore Athletics to support the development of local athletes.

The Singapore Athletics logo is also not listed as one of the supporting partners on the official website nor did it appear on the event backdrop at the starting and finishing line.

National marathon runners who were on Singapore Athletics’ list were informed by the national body that the race would not be sanctioned.

For national athletes, the event not being sanctioned meant that their timings would not have been submitted for selection for major games like the Southeast Asian Games, if they had indeed met the qualifying marks.

Singapore’s top marathon runner Soh Rui Yong argued a case for sanctioning as for local runners, the impact of the event not being sanctioned would have been that their timings would not have been used for selection for major Games like the Southeast Asian Games, even if they had met the mark.

Soh was the last local champion in SCSM 2019, the last time the full event was held before the pandemic hit.

“To qualify for a major games marathon such as the Southeast Asian Games, Singapore National Olympic Council and Singapore Athletics require its athletes to post a result at a sanctioned marathon,” he said.

Another athlete who participated said that sanctioning the race for 2022 would not have mattered as the conditions on event day were not exactly the best, given the stormy conditions.

A former sports official who spoke to TMSG on condition of anonymity also felt that given that the race was not a Gold Label event, and given that the top runners would not have flown to Singapore for the race, it made perfect sense for the organisers to run the race without the sanction.

“It was the first time that the SCSM was returning post-pandemic in its full form, and the organisers could well have been trying to watch their numbers.

“Given the circumstances, it would have made sense not to sanction the race, and present the donation instead as it would also come with a tax rebate for the donor. It was a win-win for everyone,” he said.

“I think that’s the issue here – basic competition infrastructure is not even in place.

“It is almost impossible for Singaporeans to qualify for the marathon at the SEA Games in their own country.”

Soh provided a few examples to justify his argument.

“Rachel See and Neo Jieshi (photo below) got selected for the 2015 SEA Games by running well at the 2014 SCSM.

“All that would not have happened if the SCSM was not sanctioned then.”

TMSG has reached out to Singapore Athletics for details and will update this story once they respond.