Fuuuuuuuuuu! Hariss Harun is first Singaporean to play in Spain! 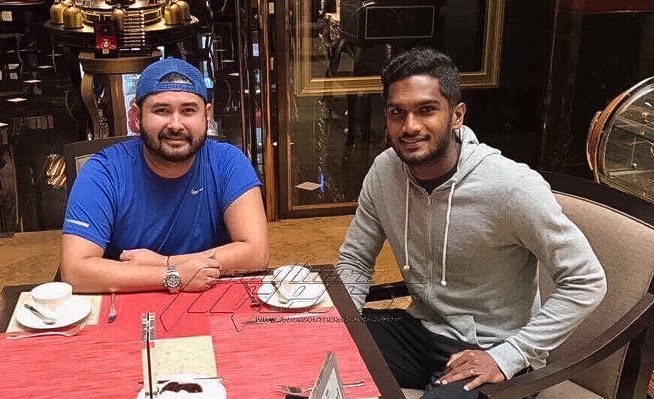 After worried Singapore football fans took to social media to express their unhappiness at how Singapore midfielder Hariss Harun could well be without a club for a year, it looks like the problem is now solved.

And what a historic solution, with Singapore needing to thank its northern neighbours Johor for.

On 2 February 2017, the official Johor Darul Takzim Facebook page announced that Hariss is headed to Spain on loan for the year with Segunda Division B side Centre d’Esports L’Hospitalet.

Hariss, who is reportedly paid about $42,000 a month, will now become the first Singaporean player to play in Spain.

Other Singaporeans who have played in Europe include Fandi Ahmad and current national coach V Sundramoorthy.

The statement said that HRH Crown Prince of Johor wished Hariss all the best and that his loan move would “have a positive impact on the club in the future.”

The club was founded in 1957 and is based in Catalonia and they are involved in Segunda Division B, which is the third level of football in Spain.

The club is currently in 16th position of Segunda Division B, Group 3. The table is being led by Barcelona B, the reserve team of FC Barcelona, of Lionel Messi and Luis Suarez fame.

Do us proud, Hariss Harun, and keep the Singapore flag flying in Catalonia.