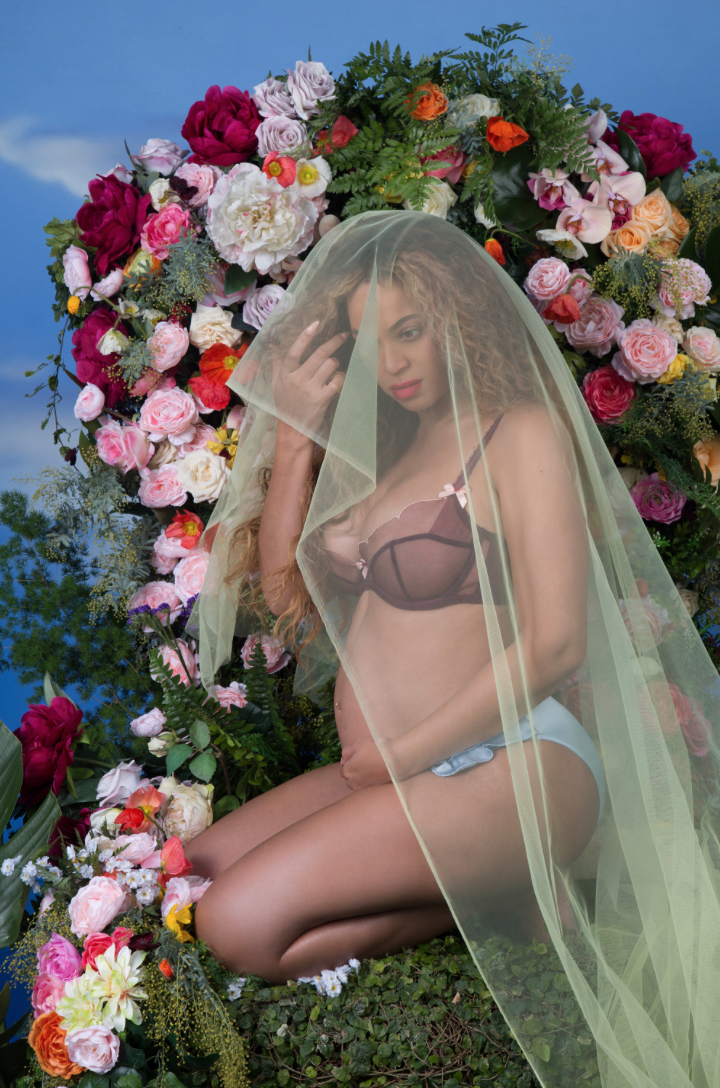 It is the kind of reaction which only a Queen can expect and deserves.

After pop diva Beyonce Knowles aka Queen Bee shared a photo album on her official website and on Instagram of her twins baby bump, the internet has gone crazy.

In her post which was put up on Instagram on 2 February, the Queen Bee said: “We would like to share our love and happiness. We have been blessed two times over. We are incredibly grateful that our family will be growing by two, and we thank you for your well wishes. – The Carters”

The post has since generated more than 9 million likes, and spurned more than 400,000 comments.

Beyonce also shared an album of her pregnancy photo shoot and a few other intimate photographs on her official website.

Photos such as this:

Apart from the pandemonium on Instagram, Twitter also exploded with well wishes, spoofs and a new hashtag – #BeyonceTwins.

Some even wondered if her twins will be named after two other colours since her first born was christened Blue Ivy.

The spoofs tickled too.

And some couldn’t resist but bring up Destiny’s Child.

The Atlanta Police Department also got itself into a knot after tweeting what ended up being a disaster.

While it was taken down after a while with an apology, netizens who had screen grabbed the tweet promptly put right back up.

Looks like whether she is on stage of off of it, the Carters (all five of them) are still an entertainment force to be reckoned with.